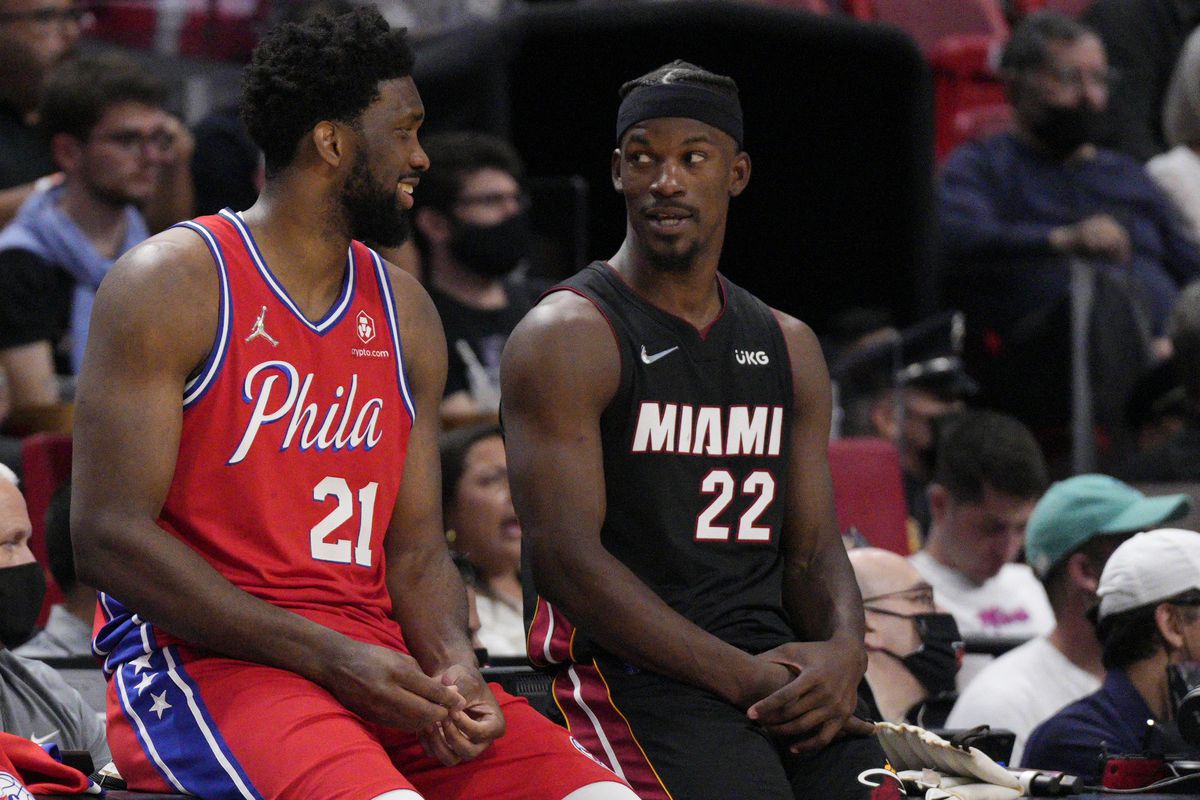 The Eastern Conference semi-finals between the top-seeded Miami Heat and fourth-seeded Philadelphia 76ers continue with Game 6 on Thursday, May 12th. Miami can clinch the series with a victory after taking a 3-2 lead rocking the 76ers 120-85 in the pivotal Game 5.

Despite Kyle Lowry having to sit again after tweaking his hamstring in Game 4, the Heat brought a balanced attack offensively with seven players scoring in double-figures and ramped up their defensive intensity.

Jimmy Butler began the game on a mission with aggressive effort on both sides of the hardwood and finished the match with 23 points, nine rebounds, six assists, and a steal in 35 minutes.

The ball was moving and unlike the games in Philly, the Heat players were hitting open perimeter shots making 13 of their 33 attempts (39.4%) with four players making two (or more) 3-pointers.

Max Strus had arguably his best game of the series delivering a double-double of 19 points and 10 rebounds while hitting four 3-pointers.

Typically in a blow-out when the benches are cleared the losing team often cuts into the major deficit closing the margin, however, the Heat depth is so much greater than the 76ers that they increased the lead from 29 points to 35.

Lowry (hamstring), is questionable for Thursday.

Joel Embiid had a rough night at the office on Tuesday in Miami looking like the news he’d lost the MVP award to Nikola Jokic was still on his mind. He appeared lethargic and out of sorts at the start of the match and things only got worse for the big man.

In the middle of the second quarter as he battled Dewayne Dedmon for the rebound the Heat center blocked the ball right into the same area of Embiid’s face where he suffered the orbital fracture.

Embiid lay on the court for quite some time in visible pain but he gutted it out and remained in the match. He finished with 17 points and five rebounds.

With the big man out of sorts, it was the perfect opportunity for James Harden to step up and lead but after breaking through with 31 points in Game 4 he regressed back to struggling to score. Harden shot 5 of 13 for 14 points and committed as many turnovers as assists (four).

Tobias Harris was the only other double-figure scorer with 12 points.

Doc Rivers was shown begging his team to give some effort but with the Heat extending their lead to 29 points in the fourth quarter Rivers pulled his starters conceding this wasn’t their night.

In his post-game interview, Butler addressed the Heat’s offensive struggles in Philly by ignoring that fact and stated if they play defense like they are capable of they’ll win Game 6 and the series.

It’s hard to disagree with that fact given Miami is the deeper more versatile squad. They dominated virtually every key category in Game 5 with a plus 10 margin on the glass (46-36), and almost doubled the 76ers in assists (26-14).

They won the perimeter efficiency margin (39.4% to 28.1%), fast-break scoring (15-6), and points in the paint (56-36). Turnovers became another factor as Miami created 16 converting them for 23 points while Philly caused 11 but scored only nine points off them.

Miami hasn’t lost at home this postseason so would have that on their side if the 76ers win this game. But Erik Spoelstra will be pushing his squad to complete the series.

Especially considering it could possibly give his team extra rest given how competitive the Bucks and Celtics series is and the likelihood it goes the distance to determine the victor.

While Embiid is a special player and the 76ers perform well at home, I’m just not convinced they have the depth or the same mental focus as the Heat and expect Miami to clinch their Eastern Conference Finals berth.