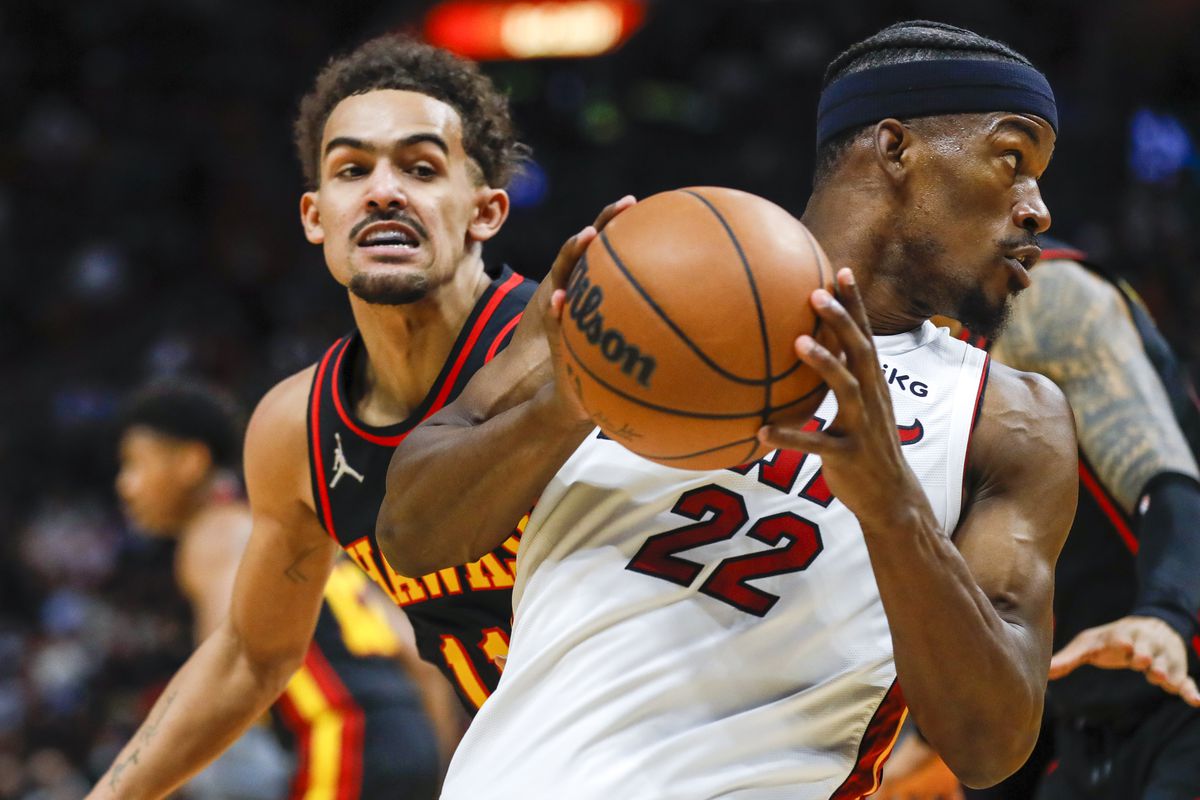 The Heat holds the all-time record having bested the Hawks in 73 of their 130 matches. This is the third time the clubs are meeting in the postseason with Atlanta winning both prior series 3-2 in 1994 and 4-3 in 2009.

Watching Game 3 of this series the Heat lead felt very comfortable for the majority of the game but a hamstring injury to Kyle Lowry can be pointed to as the main shift in the game and the Hawks coming back from a double-digit deficit.

Although the Heat have been among the best clubs at utilizing the next man up philosophy throughout the season, the playoffs are a different beast.

Although Lowry isn’t providing the same offensive output he did with the Raptors his veteran leadership has been most evident by how he runs the team and his defense.

Lowry was the main defender on the Hawks star Trae Young who was struggling in those minutes. Specifcally, Lowry had guarded Young for 42 possessions with Young only attempting shots on 14 and scoring a meager 13 points.

Heading into Game 4, Lowry is listed as questionable so Spoelstra will likely lean to Gabe Vincent filling in to keep the reserve unit with Herro intact. Keep an eye for the series debut of Victor Oladipo as well who may get the tap specifically to offer defense on Young.

Learning from the two losses in Miami the Hawks took much better care of the ball and limited their turnovers to 11 after coughing it up 18 and 19 times in the first two matches.

The x-factors in this game however were Wright who was seemingly everywhere on defense and Onyeka Okongwu who was a beast in the paint. Wright led his team in plus/minus (+23) in a match where only half the Hawks registered in the positive.

Lou Williams (back) was downgraded to out Sunday while Capella (knee) is out indefinitely.

With 9:06 remaining in the Game 3 the Heat led by 14 points but Atlanta narrowed the lead to three point by clutch time. Herro missed four shot attempts seemingly rushing his shots, turned the ball over and looked uncomfortable with the extra pressure on him.

Butler who can be hot or cold as the primary scorer was the latter but the lesson learned moving forward, especially if Lowry can’t go is to put the ball in Butler’s hand and let him run the offense so the Heat protects the ball, manage the clock and get a good shot.

Although the Hawks play markedly better at home, the Heat are also significantly better defensively so if Lowry can’t go expect Spo to make the proper defensive adjustment and figure out another plan to limit Young’s playmaking and scoring.

Miami will need to be cognizant of the whistle, however, as the officials gave most of the underdogs a decided advantage at the line on Saturday and if they follow suit on Sunday the Heat will need to adjust their typically aggressive defensive style.

Based on the latter equation, I’m expecting a close game that comes down to the wire.