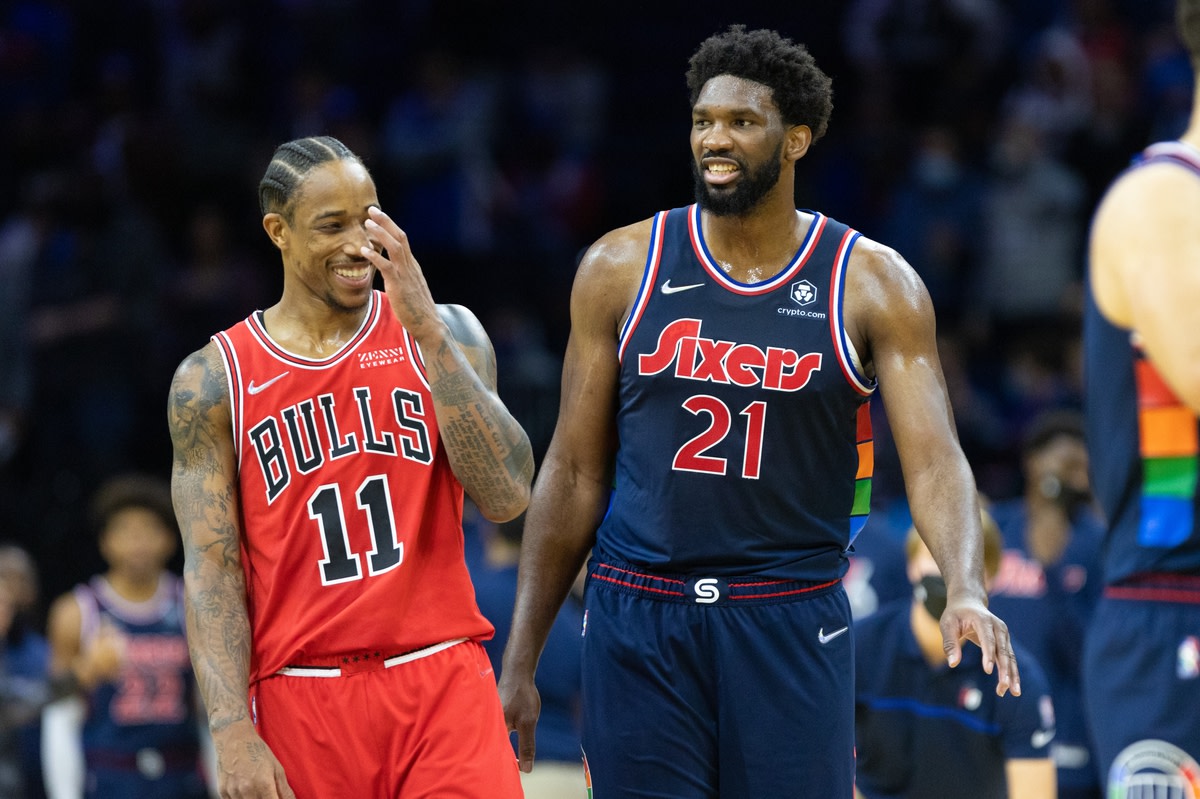 Monday, January 31st, the Memphis Grizzlies, and Philadelphia 76ers play for the second and final time this season. Memphis won the December 13th match 126-91 but neither Joel Embiid nor Seth Curry were in the lineup.

The teams both played Saturday with the 76ers riding MVP candidate Joel Embiid’s shoulders to a 105-103 win over the Kings while the Grizzlies easily dispensed of the Wizards 115-95.

Both teams hold the third seed in their respective conferences and boast an MVP candidate. However, there are also significant differences between these clubs as one is overachieving while the other is being limited based on a superstar holdout.

Moreover, one club is positioned to be in the thick of the title race for the foreseeable future while the other is seemingly in a holding pattern with all the pressure on the lone superstar to keep his franchise among the contenders.

The 76ers could probably learn a few lessons from the Grizzlies. While Ben Simmons sits with Philly appearing content to hit pause and wait for the offseason the Grizzlies have made decisive moves developing their roster and arguably ascended well ahead of schedule.

In just his third year, Ja Morant is already in the MVP conversation and has a firm grasp of the leadership role. Jaren Jackson Jr. is the perfect secondary talent, while Desmond Bane is well suited as Morant’s backcourt partner.

Dillon Brooks offers grit, defense, and a similar mindset to Morant while Brandon Clarke and Tyus Jones are the ideal supplementary talents who fit the system.

Those seven players aged 23 to 26 form the Grizzlies’ future core. Even Steven Adams has the perfect demeanor as the team’s young vet who blossomed himself while in the OKC Thunder system alongside a young core led by Kevin Durant.

Everything Memphis does this season is considered a bonus – there is no pressure or expectations on them.

However, the fact Morant and Brooks went to Taylor Jenkins last year after securing the eighth seed stating they had no intention of being content just to “be there” speaks loudly about the makeup of this squad.

Zaire Williams (knee) was upgraded to probable while Jones (conditioning) is questionable for Monday. Dillon Brooks (ankle) is out.

Joel Embiid is playing the best basketball of his career. With his recent hot streak, he’s led the 76ers to several victories they otherwise might’ve lost such as the most recent game versus the Kings.

Meanwhile, V.P. Daryl Morey is in a bit of a catch 22 because every year of Embiid’s prime that is wasted is one less opportunity to win the title.

If rumors are to be believed his desire is to try to land James Harden this offseason and also rely on the Nets cooperating with a sign and trade deal.

Bradley Beal could be another option, but again, it would be under similar circumstances and would also require Beal to demand a trade with a specific destination in mind.

Another option would be for Morey to go with other assets and draft picks to bolster the 76ers depth at this trade deadline. For example, the Pistons could offer Jerami Grant and maybe Frank Jackson or veteran point guard Cory Joseph plus draft picks.

Grant isn’t on the same level as Harden or Beal, but considering the team with the best record (Suns) has Devin Booker, vet Chris Paul with quality role players, and support staff surrounding them and you have to ask would this option really be so bad?

Ultimately, Morey has to consider these options and marry it with how long Embiid is willing to be patient. With no guarantees, it’s a precarious situation and one that has no simple answer. Part of the answers will be coming shortly as the 2022 trade deadline is February 10th.

Furkan Korkmaz (knee) is questionable Monday while Shake Milton (back) is out indefinitely.

Memphis record versus elite teams and MVP candidates is compelling. They swept Cleveland, won the series versus the Lakers (3-1), lead the Nuggets (3-0), Jazz (2-0), Warriors (2-1), and have no worse than a split versus the Nets, Bulls, and 76ers with 1-0 leads.

They lead versus Chicago (2-0), Denver (1-0), and Lakers (1-0) and are tied with the Heat (1-1). This again perhaps speaks to the lack of depth on Philly although much is yet to be determined based on how few games Philly has played against the elite.

This is a tough pick because Embiid is feasting but Morant and his crew seem to always rise to the occasion, so I’m taking Memphis based on their prior record versus those elite teams in a close one.

If you’re looking for more NBA picks like this Memphis Grizzlies vs. Philadelphia 76ers matchup we’ll be providing 4* free NBA predictions on the blog during the entire NBA season, and check out our Experts for guaranteed premium & free NBA predictions!