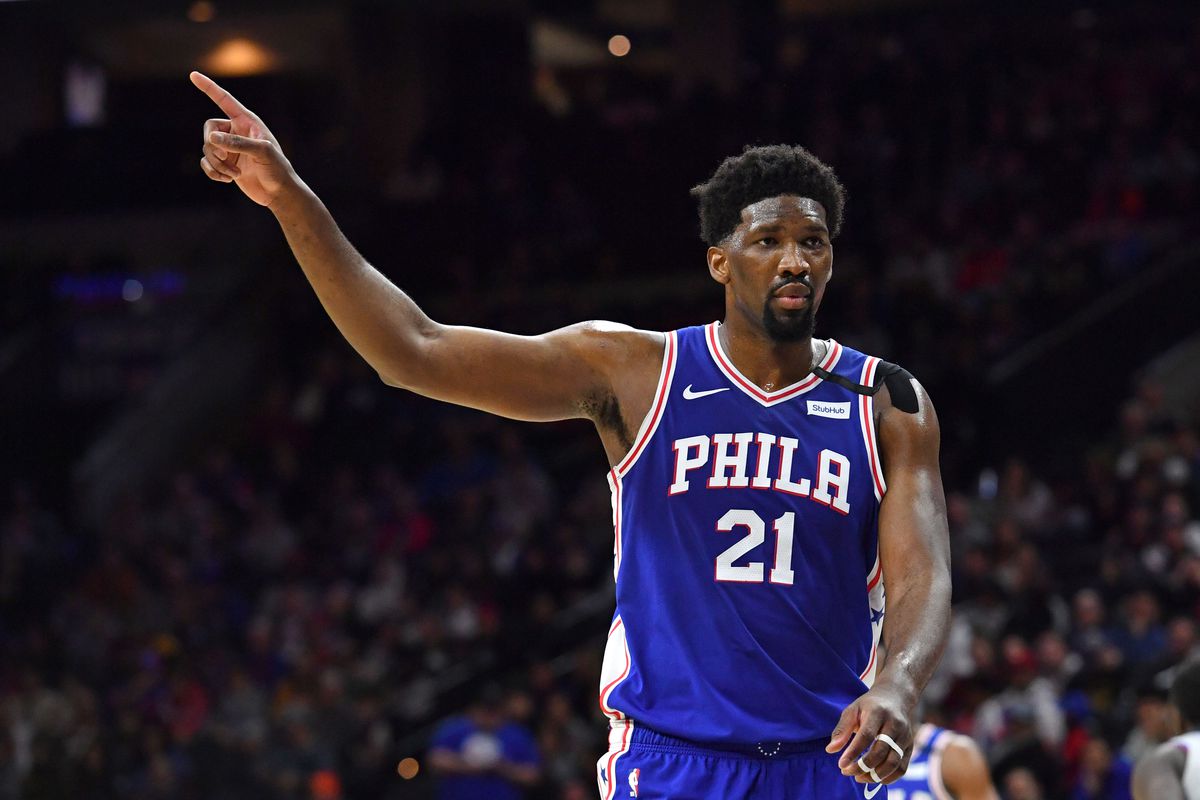 Thursday, January 27th, finds the Los Angeles Lakers facing the Philadelphia 76ers for the first of two matches this season. The second game will be hosted by the Lakers and played on March 23rd to finish the season series.

Both teams last played on Tuesday with the Lakers getting Anthony Davis back and celebrating with a 106-96 victory versus the Nets while Joel Embiid continued his hot streak leading the 76ers to an easy 117-107 victory versus the Pelicans.

Last season, the squads played twice with Philly winning both contests. The Lakers hold the advantage all-time having won 146 times of the club’s 285 meetings.

Although the biggest news this week was the return of Davis, a close second was the reports LA is contacting their peers looking to shop Talen Horton-Tucker, Kendrick Nunn, and their 2027 first-round draft pick as they try to upgrade the talent on the roster.

Early feedback from industry sources is this package isn’t drawing much interest. The issue, of course, as the Lakers have hovered around .500 all while playing one of, if not the easiest schedule in the first half.

Their hands are somewhat tied in terms of options because they invested in trading for Russell Westbrook who’ll earn $44+ million this season and will undoubtedly opt into his $47M+ contract next season.

Factor in the contracts of LeBron James and Anthony Davis plus the fact they traded away all their best assets to match the money for Westbrook and the coffers are essentially bare.

That they won on Tuesday isn’t necessarily a sign of improvement given the Nets’ records versus the best teams and not having Kevin Durant or Kyrie Irving available to play.

Davis is listed as probable, but expect him to be on a limits restriction as Vogel eases him back. Sekou Doumbouya (quarantine) and Kendrick Nunn (knee) are out indefinitely.

Joel Embiid has been on a full-on tear since mid-December. In the 17 matches he’s played over that period he’s scored 30 or more in all but two games and even then scored 23 and 25 points.

Since December 16th his averages are 34.2 points, 10.6 rebounds, 4.3 assists, and 1.6 blocks. On the season he ranks third in points scored and his team is feasting with his success.

Even more impressive, Embiid is delivering these performances in under 33 minutes per game. Versus the Pels, he registered a double-double of 42 points and 14 rebounds adding four assists, four blocks, and got to the charity stripe for 20 free throws (hitting 18).

Ironically, in a league that has shifted to emphasizing two-way lengthy wings, arguably Embiid and Nikola Jokic might be changing that landscape again based on their dominance. It will be interesting to see what the impact is to future rosters in this copycat association.

Danny Green (hip) is questionable, Seth Curry (ankle) was downgraded to out. Shake Milton (back) and Matisse Thybulle (shoulder) are out indefinitely. Ben Simmons remains out under suspension as the Sixers continue to shop for a trade partner to move him.

The Lake Show fans are overreacting about one good game against a team missing two of their three best players (and it turns out the third was playing with an injured hamstring) who also happen to be 3-9 against the other seven home court seeds.

Sure Davis vastly improves LA but even at full health, he’d be hard-pressed to stop Embiid on this current roll. They’ll need to stop everyone else and deal with the 76ers who have the sixth-best defense through the last 15 games.

If you’re looking for more NBA picks like this Los Angeles Lakers vs. Philadelphia 76ers matchup we’ll be providing 4* free NBA predictions on the blog during the entire NBA season, and check out our Experts for guaranteed premium & free NBA predictions!