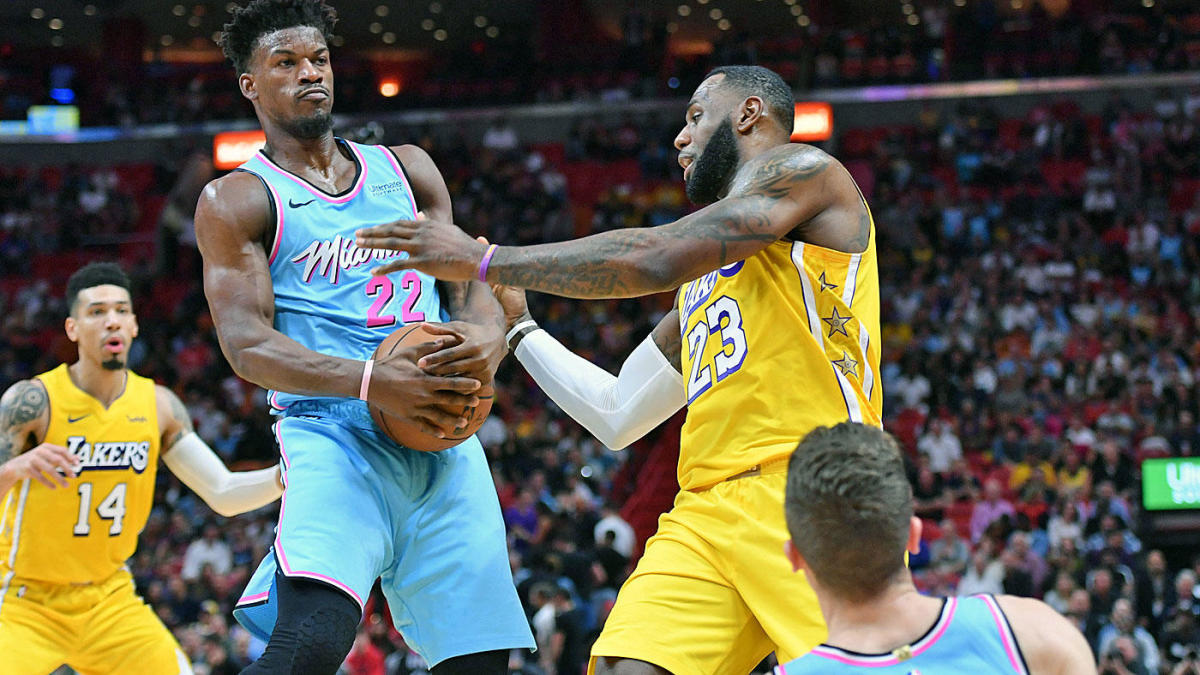 Sunday, January 23rd, finds the Los Angeles Lakers facing the Miami Heat in their second and final meeting of this season. The Lakers won the initial meeting 120-117 that required overtime to decide on November 10th in LA.

Both teams enter having played last on Friday with the Lakers defeating the Magic (116-105) while the Heat lost a heartbreaker (108-110) to the Hawks.

The drama in LA won’t dissipate just because the Lakers are hitting the road. That’s part and parcel of playing for the team in the largest market which gets ample national attention regardless of who is on the roster.

The problem is they have two players considered to be top 10 talents who both made the top 75 players in NBA history list and absorbed a $44 million ($47M in 2022-23) contract of Russell Westbrook this offseason in order to win another title.

As they begin this six-game road trip having lost four of six, head coach Frank Vogel is on the hot seat. And Russell Westbrook is licking his wounds from being benched late in the loss to the undermanned Pacers with Vogel stating he elected to go with “who he thought could win the game”.

LA is 8-12 on the road but seven were against sub .500 teams and three required overtime including the win versus the Mavericks who were missing Luka Doncic.

Of the 15 home wins, five were against teams with winning records, four of those occurred before November 10th, and two required overtime. Since then the only elite team they beat at home was the Jazz. Four of the six opponents on this trip have winning records albeit the Heat and Nets will be missing core talents.

The one-piece of good news is Anthony Davis may return on this road trip – but can he save the Lakers from their current mediocrity?

Sekou Doumbouya (quarantine), Davis (MCL), and Kendrick Nunn (knee) are all out.

Just as the Heat got back stars Jimmy Butler and Bam Adebayo they lose Tyler Herro to health and safety protocols. Fortunately, their depth has kept them in the mix for the top seed in the East, a half-game out of first.

Miami has won six of eight following the match versus the Hawks. While the Bucks, Nets, and Bulls have been the teams most prominently to win the East it’s time to consider the Heat could be the cream of that group.

Each of the above clubs has navigated injuries to their core although none have experienced their depth being constantly in flux to the same degree as the Heat. That adversity seems to have emboldened what is already a roster built for the playoffs.

They’ll have an opportunity to move into the top spot via their next eight games that feature five teams under .500 plus the Raptors (twice).

Not great timing for LA to face Miami with Butler undoubtedly amped after he missed a late-game bunny plus a mid-range shot he makes 99 times out of 100 along with the desire to even the score for the earlier overtime loss in LA.

As noted, the Lakers aren’t road warriors with their wins being isolated to lower-tier teams which the Heat are not.

Two factors to consider are the Heat rank third (37.4%) in 3-point efficiency and are the top-rated team defending the paint allowing a mere 39.2 points. Since LA struggles against speedy, athletic guards and wings watch for Erik Spoelstra to pick up the pace in this match.