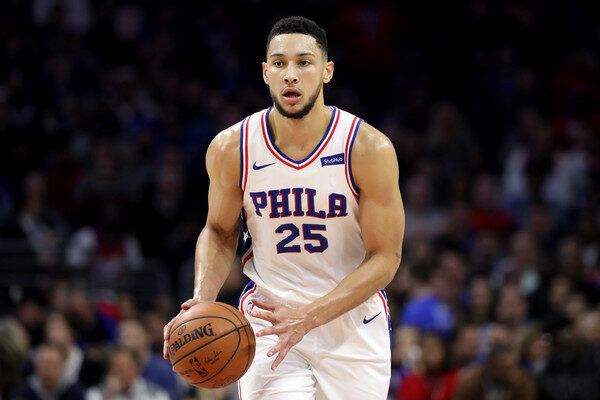 Tuesday, February 11th, the LA Clippers face the Philadelphia 76ers in the clubs’ first meeting of the season.

Last season, the teams played twice with the 76ers winning both matches and currently on a four-game win streak over LA. The 76ers hold the all-time record having bested the Clippers in 72 of their 130 matches

Not surprisingly the Clippers responded to the thrashing the Timberwolves put on them delivering a 133-92 beat down of their own on the Cavaliers.

The victory came with Kawhi Leonard out resting a sore knee but his services weren’t required based on the balanced scoring and dialed in defense of the club who were still seeing red after the embarrassing loss to the Wolves.

Lou Williams led the way with 25 points as he joined the starting lineup. Paul George chipped in 22 points while Marcus Morris also started in his debut with the club scoring 10 points.

Montrezl Harrell (19), Landry Shamet (11) and Amir Coffey (10) were the other double-figure scorers.

Patrick Beverley missed the last two matches with a sore groin and is questionable for this game.

The best home record in the NBA is owned by the 76ers who are 24-2 at Philly but are 9-19 away from home and have lost their last five road games to the Hawks, Celtics, Heat, Bucks, and Raptors.

They padded the home wins with back to back wins over the Grizzlies and Bulls. In the win over the Bulls Furkan Korkmaz’ hot streak continued as he scored 31 points off the bench including six deep balls giving him 13 through the last two games.

The young superstars delivered big performances with Ben Simmons dropping a triple-double of 19 points, 10 assists and 10 rebounds and Joel Embiid registering a double-double of 28 points and 12 rebounds.

Glenn Robinson III made his first appearance since the trade scoring 10 points and Tobias Harris chipped in 14 points.

Kyle O’Quinn requested the team waive him but they haven’t obliged as of yet.  Alec Burks who was also acquired at the trade deadline has yet to appear with his new team and is listed as questionable for the Tuesday game.

The Clippers have defensive acumen to deal with the 76ers and seem to get up for these types of challenges. Plus the embarrassing loss to the Wolves will keep them focused for the next few games.

If you’re looking for more NBA picks like this LA Clippers vs. Philadelphia 76ers matchup we’ll be providing 4* free NBA predictions on the blog during the entire 2019/20 NBA season, and check out our Experts for guaranteed premium & free NBA predictions!