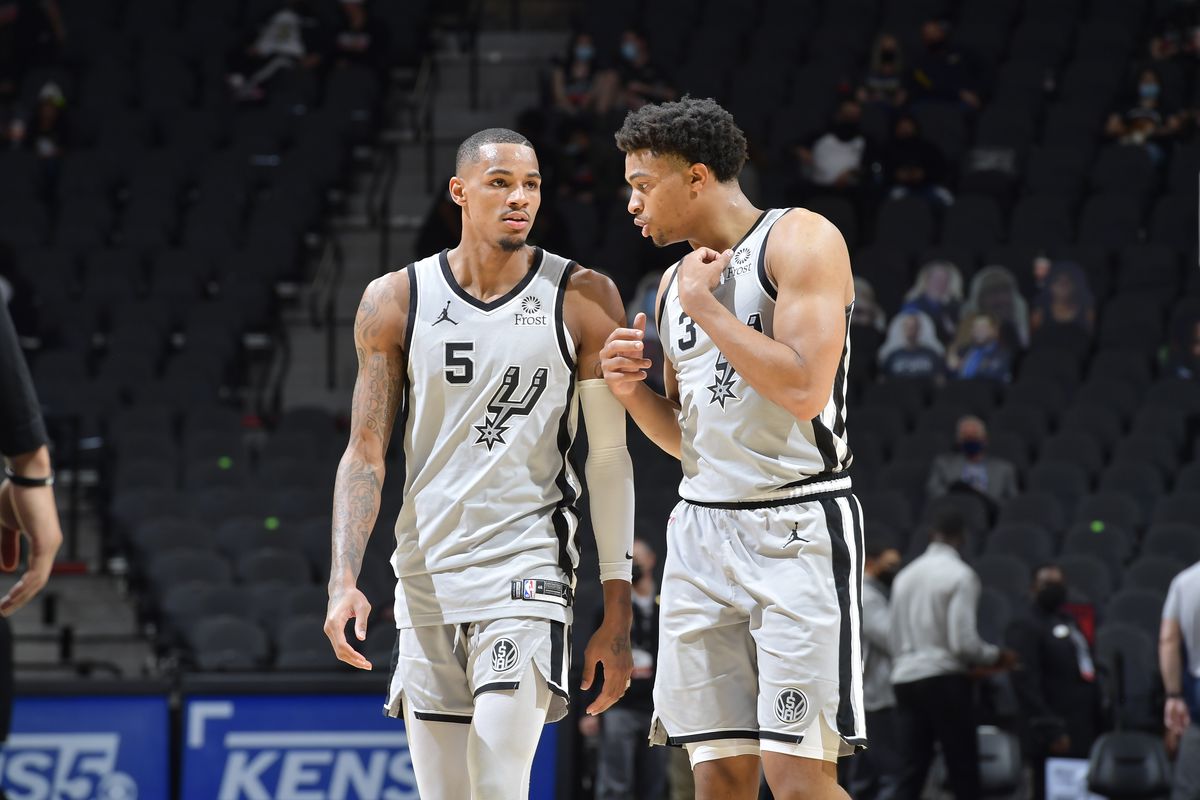 The clubs will play two additional times with the Warriors hosting on March 20th and the Spurs on April 9th.

Last season the clubs played three times with Golden State taking two of the three contests. The Spurs hold the all-time record with 113 wins in 176 matches versus the Warriors.

The Warriors extended their current win streak to six games in a row via an exceptional performance by Stephen Curry. Having been hampered by a shooting slump particularly from deep he broke out in a big way on Monday.

Recently reporters asked coach Steve Kerr if he was worried about Curry and his reply was quick and emphatic – NO – he’s Steph Curry.

After the game it was all Kerr could do to stop from saying “see – I told you so”.

Klay Thompson had an off shooting night from the perimeter (1 of 8) but collected 14 points joining Moses Moody (11) and Juan Toscano-Anderson (10) as the other double-figure contributors.

Andre Iguodala (hip), Otto Porter Jr., and Nemanja Bjelica (back) are all questionable for Tuesday. Draymond Green (calf) and James Wiseman (knee) are both out indefinitely.

It’s a tough schedule segment for San Antonio who just played the Suns and now get the Warriors. Despite Dejounte Murray and Jakob Poeltl not playing Sunday, the Spurs battled to the end.

Doug McDermott had one of his best efforts of the season with a highly efficient 9 of 15 from the field and 6 of 9 from the perimeter to score 24 points.

Although San Antonio is mired in the basement of the conference they play with effort and keep most games close. Gregg Popovich is developing his young team and their identity and culture is still very evident.

Through the last nine games, they are 4-5 as indicative of the Spurs’ balanced scoring and high compete level.

Poeltl and Derrick White who sat the last game for rest as well as Murray (knee) were upgraded to probable for Tuesday. Zach Collins (conditioning) and Keita Bates-Diop (quarantine) are both out indefinitely.

Keep an eye for Dejounte Murray to deliver another standout performance and remind coaches of why he should be considered as an All-Star reserve.

I like the Warriors to win but as per usual for the Spurs to keep the match close. It’s a small 3.5 spread reflecting the Dubs’ back-to-back but I like them to cover.

If you’re looking for more NBA picks like this Golden State Warriors vs. San Antonio Spurs matchup we’ll be providing 4* free NBA predictions on the blog during the entire NBA season, and check out our Experts for guaranteed premium & free NBA predictions!