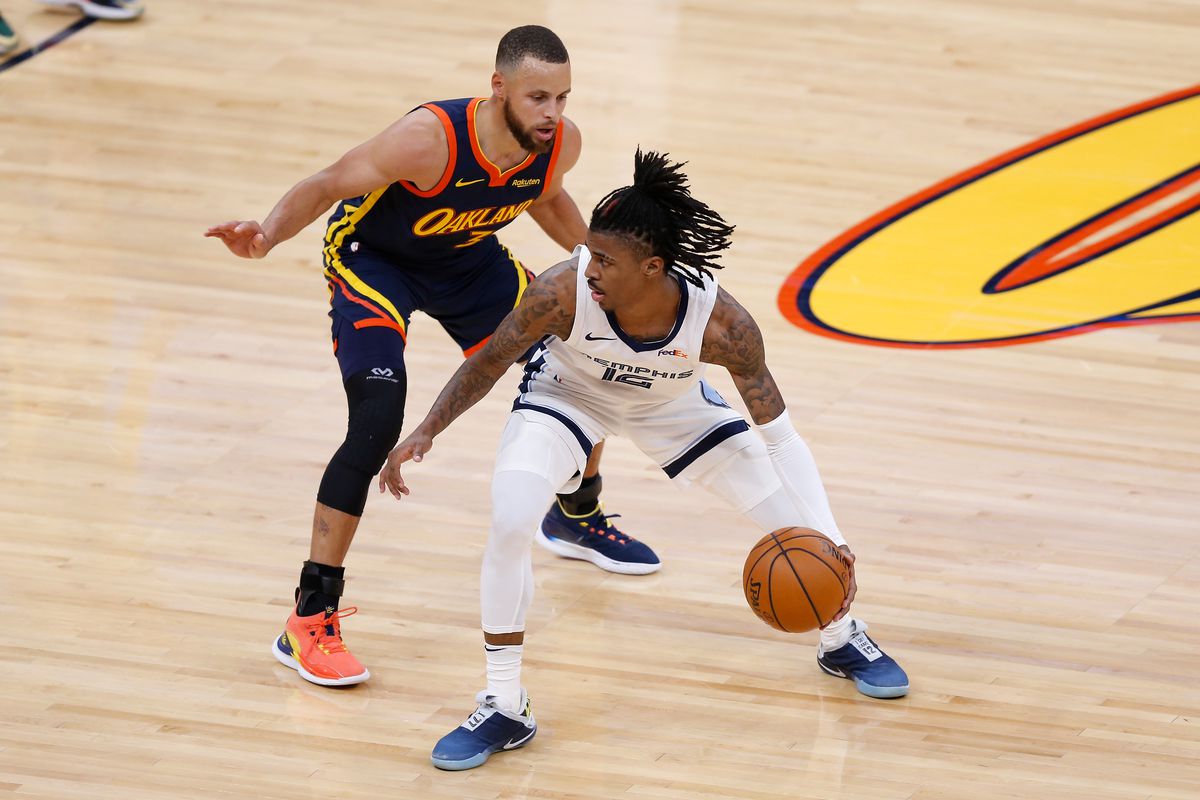 The Golden State Warriors bring a 3-1 series lead into the pivotal Game 5 facing the second-seeded Memphis Grizzlies on Wednesday, May 11th hoping to clinch their Western Conference Finals berth.

The Grizzlies won the 2021-22 season series 3-1. The Warriors hold the all-time advantage having won 51 times of the club’s 91 regular-season meetings.

This is the second time the clubs are playing in the postseason with Golden State having won 4-2 in the 2015 semi-finals, ironically the same season they won their first of three titles in four years.

After scoring a robust 142 points in Game 3 the Warriors proved they can come from behind and win ugly. At times it appeared almost like the Dubs were toying with the Grizzlies who were playing without their superstar Ja Morant.

Golden State didn’t lead the entire game but snatched the win in the waning moments behind a strong clutch time effort from Stephen Curry and a key defensive play from Draymond Green.

The Dubs were missing their head coach Steve Kerr who entered health and safety protocols with assistant coach Mike Brown taking over the helm and improving to 12-0 when he functions in that role.

Stephen Curry led the way for Golden State with 32 points, eight assists, five rebounds, and a steal. It was a rough shooting night for Klay Thompson who was scoreless (0-7) from deep and shot 6 of 20 from the field offering 14 points.

Andrew Wiggins continued to offer arguably the most consistent performances for the Dubs in this series serving up a double-double of 17 points and 10 rebounds (five on the offensive glass), plus an assist, a steal, and two blocks.

Jordan Poole and Otto Porter Jr. were the other double-digit scorers with 14 and 12 points respectively. OPJ was a quick plug in for Jonathan Kuminga who played only five minutes to start the game.

Andre Iguodala (neck) is expected to remain out, Gary Payton II (elbow) is out at least two weeks. James Wiseman (knee) is out for the season.

For all the sideline GMs who noted the Grizzlies were 20-5 without their star Ja Morant, Game 4 reminded precisely why he’s so pivotal to the Grizzlies.

In clutch time without their star, Memphis looked confused on offense without anyone capable of stepping into the spotlight to take the key shot.

Part of the reason may be tied to Desmond Bane who has suffered from a sore back throughout the series and to be fair is just a sophomore still getting his playoff feet wet. He attempted only eight shots hitting three for eight points.

The trio of Tyus Jones (19), Kyle Anderson (17), and Dillon Brooks (12) were the other double-figure contributors.

Ja Morant (knee) is listed as out Wednesday while Santi Aldama (knee), and Killian Tillie (knee) are out indefinitely.

As of this posting, Morant is listed as out so his young teammates will need to ride the energy of the FedEx Forum and Grizzlies faithful to keep this series alive.

While the Dubs did go on to win the game that Draymond Green was ejected from, an interesting statistic to consider is Golden State wins 74 percent of the games he has played in versus the 53 percent when he’s been out of the lineup.

This Grizzlies team isn’t about to roll over but it feels like they’ve missed two great opportunities in Games 1 and 4 that could’ve had them holding the series lead.

Instead, (and barring any whistle hi-jinx) I expect the Warriors to produce a better overall performance than the lackadaisical effort in Game 4 and lead to the Dubs becoming the first team to stamp their Conference Finals ticket.

If you’re looking for more NBA picks like this Golden State Warriors vs. Memphis Grizzlies matchup we’ll be providing 4* free NBA predictions on the blog during the entire NBA season, and check out our Experts for guaranteed premium & free NBA predictions!