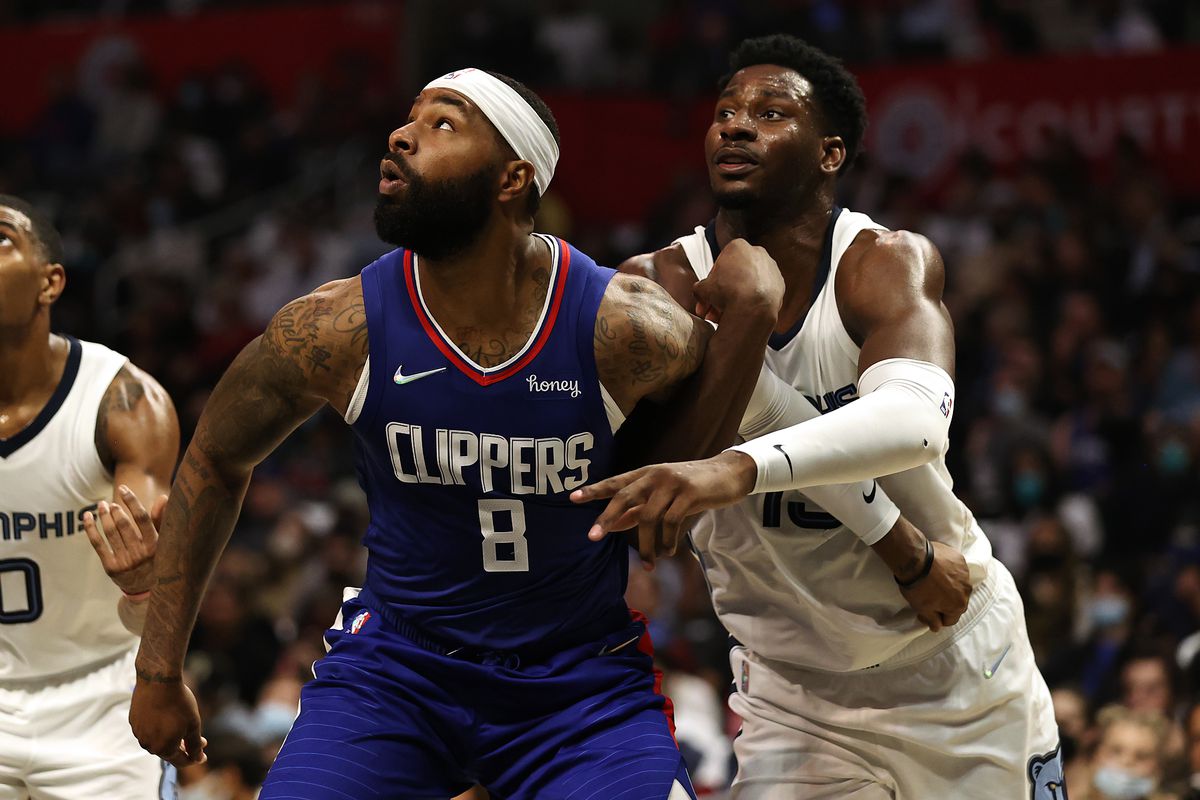 Monday, February 14th, 2022 finds the Golden State Warriors facing the LA Clippers for the third of four meetings this season. The Warriors won both previous meetings on October 21st (115-113) and November 28th (105-90) and will host the final match on March 8th.

The Warriors outlasted the refs trying to give the game to the Lakers on Saturday beating them 117-115 while the Clippers last played Friday defeating the Mavericks in a close 99-97 battle.

Last season, the teams played three times with the Clippers taking two of three contests. The Warriors hold the all-time record having bested the Clippers in 134 of their 226 matches.

Another bad whistle tonight almost cost the Warriors the game but Klay Thompson looked like the pre-injury Splash Brother as he propelled his Warriors to the win.

Thompson scored 33 points on 12 of 22 from the field hitting five of his nine 3-pointers adding five rebounds. Stephen Curry scored 24 points but had a rough night behind the arc (1 of 8) plus five rebounds, eights assists, and one steal.

Rookie Johnathan Kuminga seemingly improves with every game he plays delivering another jaw-dropping dunk in this match and got into a playful back and forth banter with LeBron James.

Usually, rookies look small beside James, but Kuminga is a rare rookie who at 19 years old already has an NBA-ready-made body. He came within one rebound of a double-double with 18 points and nine rebounds.

Andrew Wiggins and Jordan Poole scored 19 and 11 points respectively as the other double-figure contributors.

Andre Iguodala (back) was downgraded to out Monday. Draymond Green (calf/back) and James Wiseman (knee) are out indefinitely.

The new-look Clippers continue to battle and despite missing their superstars are maintaining their competitiveness. Albeit, they aren’t a title contender but Ty Lue has his squad playing with intensity and maintaining a play-in berth currently residing in the eighth slot.

They finished this past week with consecutive games against the Mavericks witnessing Luka Doncic have a field day scoring 51 and 45 points but were able to outlast Dallas in the second match to capture the win.

The trio of Reggie Jackson (24), Terence Mann (21), and Marcus Morris Sr (20) all scored 20 or more points. Ivica Zubac posted a double-double effort of 11 points and 10 rebounds while Amir Coffey also scored 11 points off the bench.

If it weren’t for bad luck the Clippers would have no luck at all. I say that because the newly acquired Norman Powell was thrilled to return home to LA and looked great in his first two games.

But in the third match, he fell victim to the injury bug that seems to be plaguing the Clippers suffering a fractured medial sesamoid bone in his foot caused when Maxi Kleber stepped on his foot.

Luke Kennard (ankle) is questionable to face the Warriors on Monday. Powell (foot), Jason Preston (foot), Paul George (elbow), and Kawhi Leonard (knee) are all out indefinitely. Jay Scrubb (toe) is lost for the season.

With Powell joining Leonard and George on the sidelines the Clippers are missing their top three offensive weapons although Ty Lue won’t make excuses nor will his team.

Still, this should be a relatively easy victory for the Dubs.

If you’re looking for more NBA picks like this Golden State Warriors vs. LA Clippers matchup we’ll be providing 4* free NBA predictions on the blog during the entire NBA season, and check out our Experts for guaranteed premium & free NBA predictions!