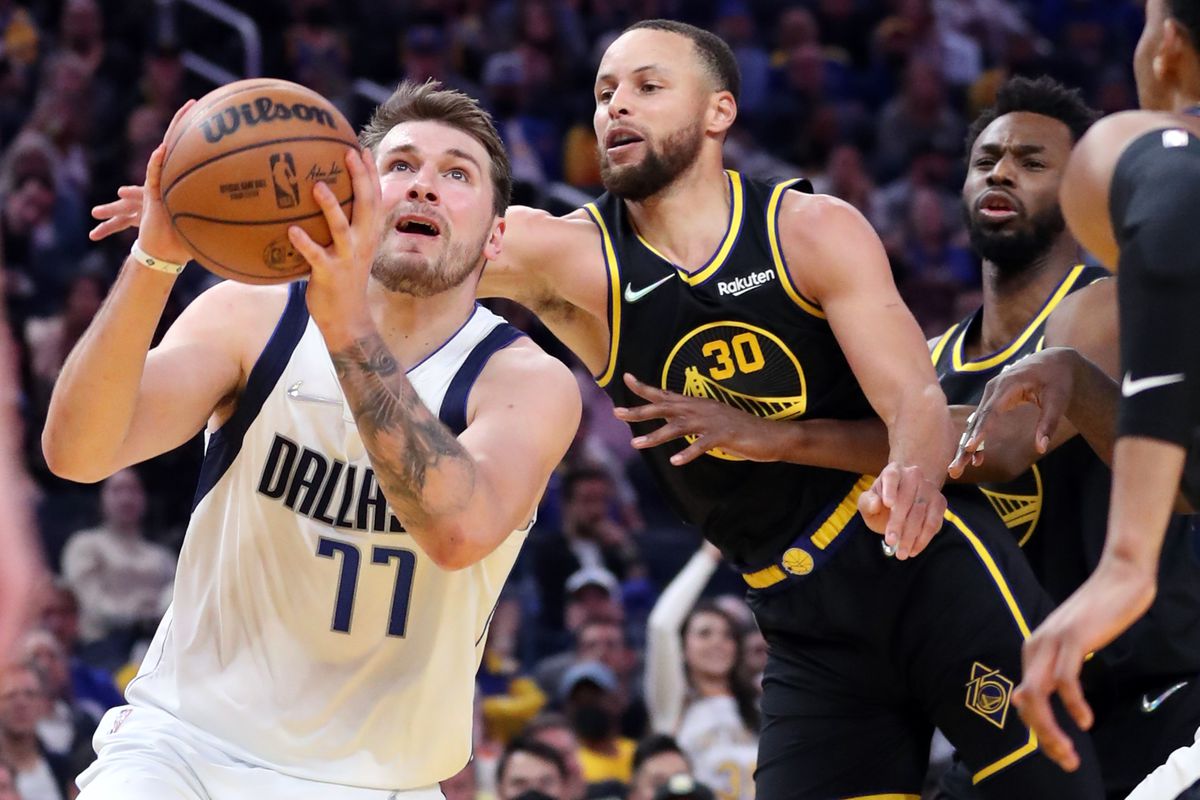 The Western Conference Finals between the third seed Golden State Warriors and fourth-seed Dallas Mavericks continues with Game 4 tipping off on Tuesday, May 24th.  Golden State took a stranglehold on the series, with a 109-100 victory in Game 3.

The Mavericks won the 2021-22 season series 3-1 and the all-time advantage having won 89 times of the club’s 169 regular-season meetings. This is the second time the clubs are playing in the postseason with Golden State winning 4-2 in the first round of 2007.

While they likely won’t need it the Warriors will have four opportunities to win once more to cement their berth in the NBA Finals. History is in their corner as teams up 3-0 have won 146 times to zero.

In Game 3, Stephen Curry led the way again collecting a double-double of 31 points and 11 assists with five rebounds.

Although Luka Doncic dropped 40 points, Andrew Wiggins was arguably the story of Game 3 making every possession difficult for the Mavs superstar with the offensive sets often using up the full 24-second clock.

Like Curry, Wiggins had a double-double of 27 points and 11 rebounds (including six offensive boards) but it was his powerful dunk over Doncic that stole the show.

The trio of Klay Thompson (19), Draymond Green (10), and Jordan Poole (10) were the other double-figure contributors.

Otto Porter Jr. (foot) is questionable while Andre Iguodala (neck) and Gary Payton II (elbow) have yet to play in the series and aren’t likely to play Tuesday. James Wiseman (knee) is out for the season.

Doncic is entering the NBA playoff history books with yet another 40-point effort but his team is 2-6 in those performances which speaks to the lack of depth on the Mavericks.

Luka delivered a double-double with his 11 rebounds but managed just three assists mostly due to his teammates’ inability to hit wide-open shots.

Spencer Dinwiddie (26 points) and Jalen Brunson (20 points) are managing to produce but were the only other double-figure scorers.

More than half of the Mavericks’ shot attempts were from the perimeter (45 out of 75) where they hit only 13 for 28.9 percent.

Maxi Kleber who was shooting 49.2% leading up to this series has plummeted to 14.3% (2 of 14) and is shying away from shooting open shots.

Kleber, Reggie Bullock, and 3-point specialist Davis Bertans combined to shoot 0-14 with only Bertans collecting any points (2) on 1-18 from the trio.

While the Mavericks would love to be the team that breaks the 146-0 record of teams down 0-3 to win a series it’s not likely to happen especially given the depth disparity.

Doncic isn’t the type who’ll easily concede and his competitive spirit will be on full display in Game 4. In order to accomplish the come back, the Mavericks have several things to clean up.

The smaller Warriors outrebounded the Mavs 47-33 and feasted in the paint winning that category again 46-34. Something to watch for is whether Kidd gets his group driving to the paint more instead of putting up so many perimeter shots especially if they aren’t hitting again.

Of note, both Kidd and Doncic referred to the learning curve and experience they’re gaining in this series seemingly subtlety acknowledging they know the series is over.

Sweeping the Mavericks equates to the Warriors gaining between a three to five-day rest advantage over their Eastern counterparts who are knotted at 2-2 in what is now a best of three series.

Although the Dubs failed to close out both prior series on the first opportunity, the core is very familiar with how those extra days would be a huge advantage and increase their odds of winning the title. That has me leaning toward them sweeping this series.

Watch for Steph Curry and Draymond Green to set the tone early and for Klay Thompson who typically saves his best for Game 6 to step up with that type of effort in this match.

If you’re looking for more NBA picks like this Golden State Warriors vs. Dallas Mavericks matchup we’ll be providing 4* free NBA predictions on the blog during the entire NBA season, and check out our Experts for guaranteed premium & free NBA predictions!