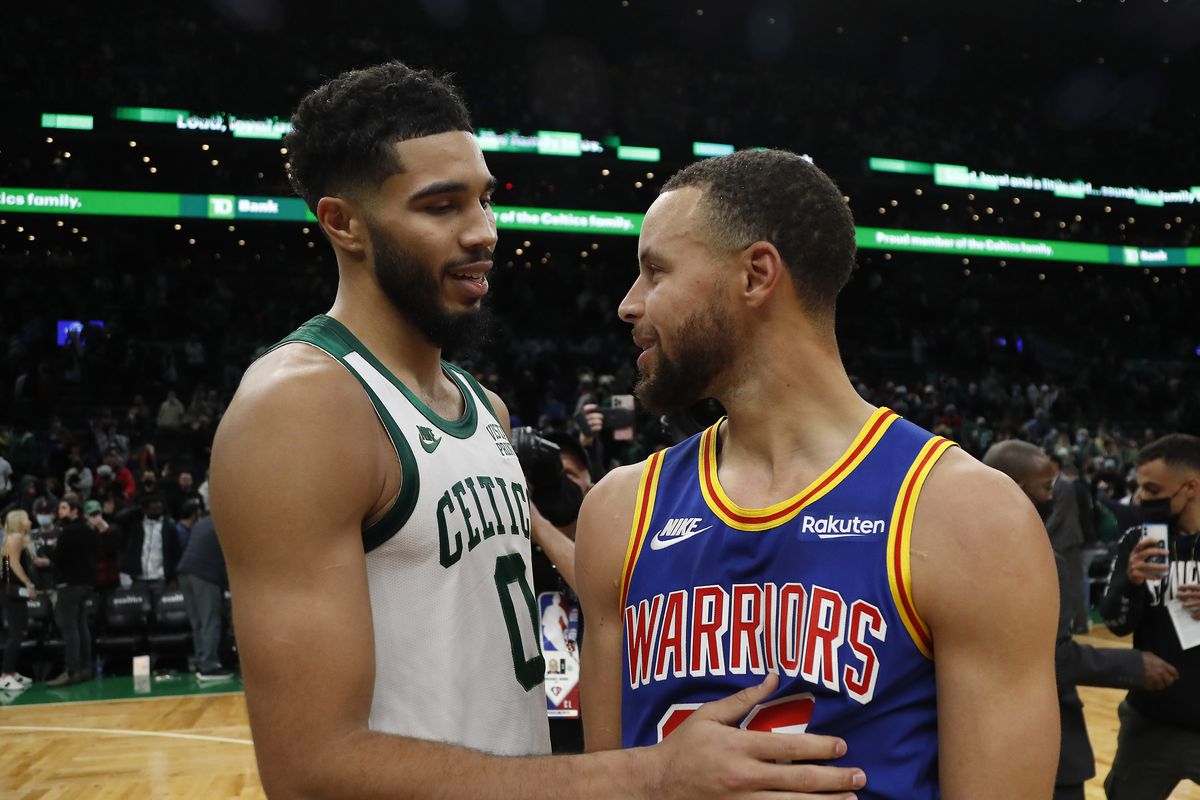 The NBA Finals shift venues to the TD Garden of the Boston Celtics as they play host to the Golden State Warriors for the next two matches with Game 3 on tap on Wednesday, June 8th. The series is all knotted at a game each making this a best of five series now.

The Warriors have the decisive experience advantage with 123 collective NBA Finals games under their belts while none of the Celtics players have appeared in an NBA Finals.

Although the series is tied the Warriors could just as easily be up 2-0 but for that fourth quarter of Game 1. They were intent not to make that mistake again bringing the physicality right from the tip in Game 2.

Draymond Green led the effort and flirted with getting tossed from the match pushing the refs right to the edge on several calls. He’ll need to be careful in Boston as the fans could influence the whistle.

The x-factor in this match was Gary Payton II who returned after fracturing his elbow against the Grizzlies. His presence made a huge difference defensively but he’s back on the injury report as questionable.

Andre Iguodala (knee) and Otto Porter Jr (foot) are also questionable for Wednesday. James Wiseman (knee) is out for the season.

As he has throughout the playoffs, Jayson Tatum (28 points on 8 of 19) responded to a cold scoring game with a bounce back effort. Although in this game he seemed more concerned about scoring than getting his team involved collecting more turnovers (4) than assists (3).

Jaylen Brown offered 17 points but wasn’t as efficient (5-17) with Draymond Green drawing the main defensive assignment on him.

Robert Williams III looked hampered by that knee in Game 2 and not surprisingly was added to the injury report as questionable. If he does play he’ll likely be on a minutes restriction.

Worth noting is the two games in Boston have only a single day off in between so that could also impact whether he appears in both Game 3 and Game 4.

The Warriors have at least one road win in 26 consecutive playoff series and should continue that trend considering the Celtics have played better on the road (8-3) than they have at home this postseason (5-4).

It’s Ime Udoka’s turn to adapt from the loss and his two key areas to focus on are turnovers and the coming out of the break with the team better prepared.

Boston had 19 turnovers in Game 2 leading to 33 Warriors points and is getting outscored by an average of 36.5 points in third quarters.

It’s a given the Celtics will play with more physicality in Game 3 but health could be a factor as both Robert Williams and Marcus Smart are visibly not 100 percent.

What Udoka does to counteract Curry will be the other main focus but double-teaming him could be problematic as the Warriors feasted on teams who did this throughout the season.

Game 3 should go to Boston given their penchant for not losing two in a row although it wouldn’t be surprising if the Warriors shocked the Celtics by stealing this match.

If Scott Fraser is refereeing that will play mind games with the Celts or if they put too much emphasis on trying to get Draymond Green T’d up it could backfire.

Either way, I think it will be a close game.