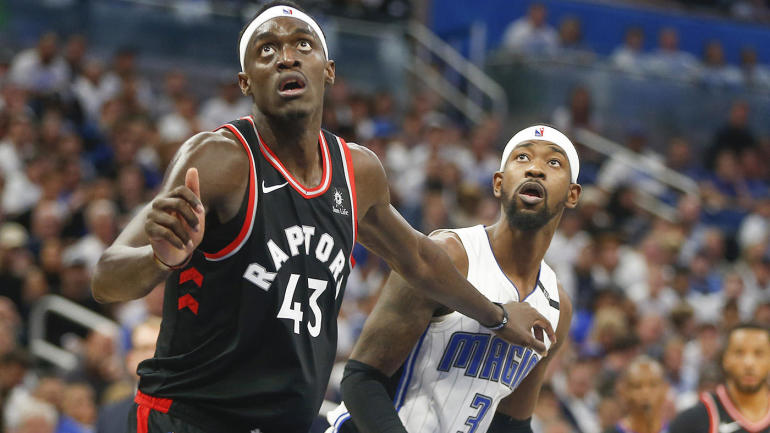 Saturday, February 12th the Denver Nuggets and Toronto Raptors meet for the first time this season. The second game will occur in Denver on March 12th.

Denver is playing a back-to-back set having lost 102-108 to the Celtics on Friday while the Raptors routed the Rockets 139-120 on Thursday and are playing their third game in four nights.

In history, the Nuggets own the advantage winning 30 of the clubs’ 50 meetings. Last season the teams played twice with each winning on their home court.

The Nuggets were one of eight teams who made no moves at the trade deadline although they did get a jumpstart via the Bol Bol/PJ Dozier deal to get Bryn Forbes in January.

And as I noted on the last Nuggets preview if Jamal Murray (and/or Michael Porter Jr.) return this season they’ll be upgrading from within — and sure enough, check out what Chris Dempsey tweeted today…

Some good news coming from #Nuggets President of Basketball Operations Tim Connelly, on @AltitudeSR, on the status of both Jamal Murray and Michael Porter Jr., saying he thinks they will physically cleared to return “hopefully in the not too distant future.”

To be honest I expected the Murray return the MPJ news is more surprising but suffice to say if both return, expect the Nuggets to move up and join the trio at the top in the West.

Denver took a nine-point lead into the half but wasn’t able to hang on versus Boston despite Nikola Jokic registering a triple-double of 23 points, 16 rebounds, and 11 assists plus two blocks.

Monte Morris (concussion) Jamal Murray (ACL) and Vlatko Cancar (foot) are out indefinitely while Michael Porter Jr. is expected to be lost for the season.

It was inevitable the starters were going to wear down so it wasn’t surprising Fred VanVleet was out Thursday (groin). Hopefully, it was preemptive since groins, plantar fasciitis, or hamstrings can linger and become problematic.

The Raptors’ recent streak featured quality wins against elite teams and the upcoming segment of games should afford an opportunity to rotate giving different starters a night off.

This is a one-game homestand followed by another (5-game) road trip and will play 13 of the next 18 matches on the road then finish the season playing eight of 10 at home. This Nuggets match is their toughest opponent until they play Cleveland 10 games from now.

In those 18 matches six teams are ranked sixth or higher (10 -8th or higher). Granted, teams like the Pelicans and Nets just upgraded at the deadline.

They play the latter twice but Irving can’t play in either (protocols) and the jury is out on how soon Simmons will play given his mental health issues (if he suits up immediately he can kiss that $20M goodbye in arbitration).

In terms of the deadline, the Raptors made a single move to jettison Goran Dragic’s contract and added Thaddeus Young who fits the Nurse mode (he’s 6’8″) bringing defensive toughness and another reliable big.

Bobby Webster said they pursued other deals including one that involved multiple first-round draft picks which immediately had me thinking OKC (Presti – picks) so maybe Shai Gilgeous-Alexander and or Lu Dort because Nurse loves both those Canadian players.

Webster also said moving forward they’ll be focused on bench depth because their starters have been so successful the only way someone gets supplanted is by a top 10 player at that position.

Young (newly acquired) is probable and VanVleet (groin) is questionable.

The Nuggets are 2-6 in the second games of back-to-backs but the Raptors schedule has been rough lately with this being their third game in four nights.

Playing without VanVleet versus the Rockets was one thing but if he can’t go again this will be a tough match especially without the typical big man to address Jokic although Young could make his debut.

My bias says Toronto but my gut isn’t so sure — hence I’m taking the points and Nuggets but with the caveat, if VanVleet is upgraded to active I’d flip back to the Raptors covering.