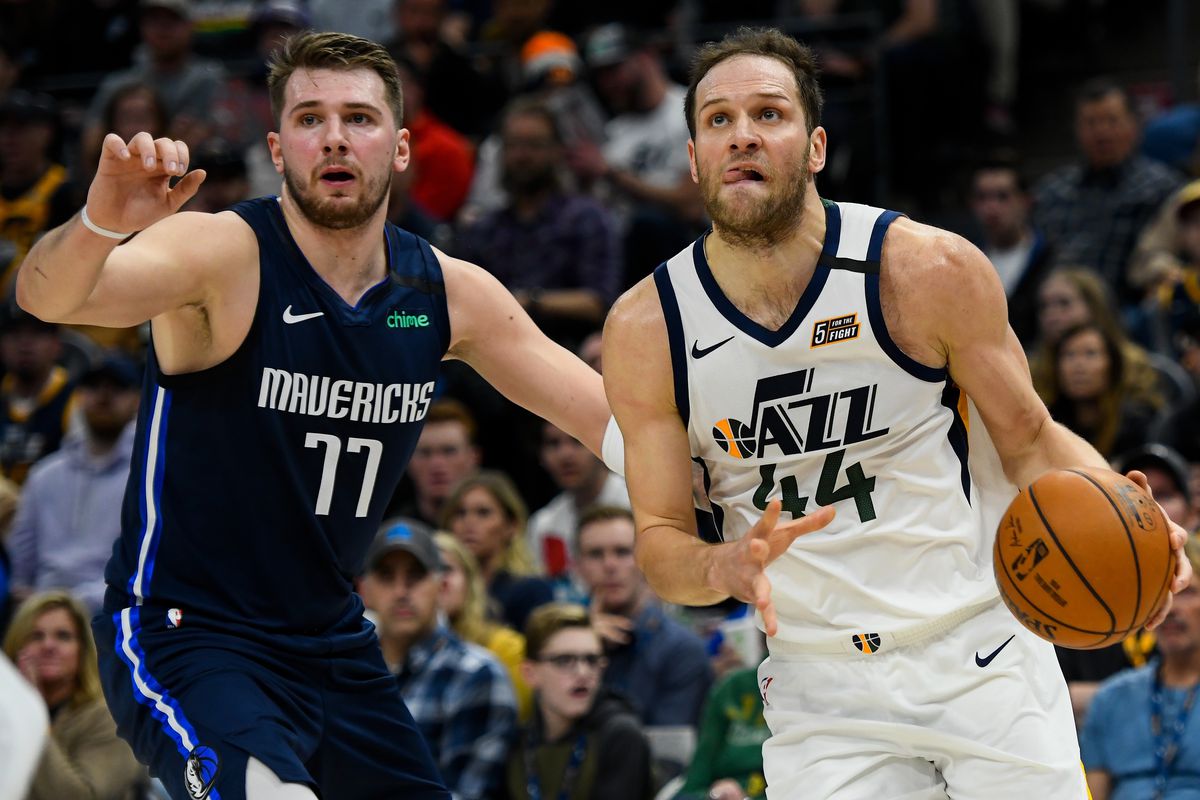 On Saturday, April 23rd, the Dallas Mavericks, and Utah Jazz continue their first-round series with Game 4 on tap in a mid-afternoon matinee.

Inexplicably, the Mavericks who are missing Luka Doncic have taken back the home-court advantage following up their 110-104 Game 2 victory with a 126-118 Game 3 victory in Utah. The Jazz won the opener 99-93.

Mavericks superstar Luka Doncic hasn’t played yet in the series and while he’s been upgraded to questionable now that Dallas is ahead it makes sense to give him the two extra days’ rest to get him closer to 100 percent and bring him back on Monday at home.

Jalen Brunson continues to deliver quality performances dropping 31 points in Game 3 to lead the way for the Mavs.

Bet you Sean Marks wishes he had Dinwiddie still in Brooklyn running their bench unit.

In fact, while the Mavericks don’t have Doncic and are known more for their team defense it was the offense that was clicking in Game 3 with seven Mavs offering double-figure contributions.

Maxi Kleber (17), Davis Bertans (15), Dorian Finney-Smith (14), Reggie Bullock (12), and Josh Green (12) were the players who joined Brunson and Dinwiddie in that accomplishment.

Brunson (back) is probable, Doncic (calf), and Frank Ntilikina (illness) are questionable for Saturday. Tim Hardaway Jr.(foot) is out indefinitely.

That sound you hear is the Jazz imploding as they struggle to beat a team that should be struggling to score without their star. Arguably, of all the playoff teams the Mavericks without their star are shy of offensive depth.

While the Jazz is more of an offensive-focused squad in recent years they still pride themselves on defense but you sure wouldn’t know if by how they’re performing versus Dallas.

And, for the second consecutive offseason, Rudy Gobert is proving to be unplayable when he’s forced to deal with small-ball lineups particularly when they can hit from deep.

It’s not all on Gobert — in fact, he doesn’t get much help defensively and Donovan Mitchell is acting like his bags are packed awaiting a new destination based on his lack of effort and focus. Sure, he’s scoring tons but at an inefficient rate.

Trent Forrest (foot) is out indefinitely. Udoka Azubuike (ankle) is done for the season.

Without Doncic and the prospect of having to get through Rudy Gobert to get into the paint, Mavericks Jason Kidd elected to go perimeter heavy on offense and it paid dividends with Dallas dropping 18 of their 42 attempts or 42.9 percent.

Gobert looks like a fish out of water, and again it’s not all on him but with less defensively gifted players on this iteration of the Jazz it sure seems like they are destined for another early exit from the postseason, and a definite offseason of upheaval.