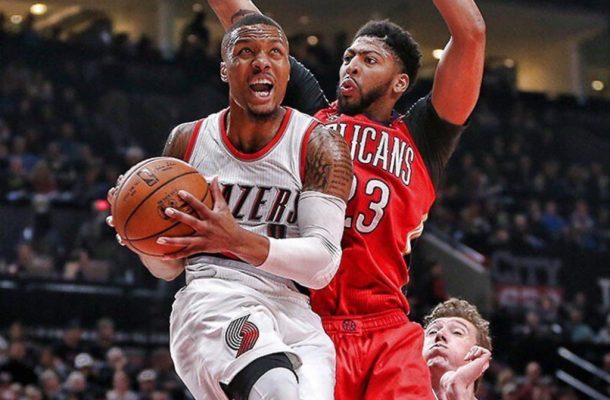 The Dallas Mavericks hit the road to take on the Portland Trail Blazers for a Thursday night contest.

Dallas is led by Luka Doncic who is averaging 29.2 points, 9.7 rebounds, and 9 assists. Portland is led by Damian Lillard who is putting up 27.9 points and 7.6 assists. CJ McCollum is questionable for the contest with a sprained left ankle.

Can Lillard lead Portland to a big home victory or will be Doncic and company be too much? Find out below as we cover this game.

The Dallas Mavericks lost 110-107 to the Los Angeles Clippers on Tuesday night. Tim Hardaway Jr. missed a three-pointer with 16 seconds to play to tie the game. Doncic led the Mavericks with 36 points, 10 rebounds, and nine assists.

Kristaps Porzingis was quiet going for 10 points (4/17 fg) and nine rebounds. Unfortunately for the Mavericks, Dwight Powell suffered an achilles injury. Powell was averaging 9.6 points and 5.7 rebounds on the season.

The Mavericks had trouble containing Kawhi Leonard who had 36 points and 11 rebounds.

The Portland Trail Blazers are coming off a 129-124 overtime win against the Golden State Warriors. Damian Lillard went for a franchise record 61 points to go with 10 rebounds and seven assists. Lillard made 11-of-20 from 3-point range. Lillard hit a three-pointer in the final seconds of the fourth to send the game to overtime.

Golden State out-rebounded Portland 60-54 in the contest. The difference in the contest was simply three-point shooting. The Warriors made 9-of-36 from deep while the Trail Blazers made 14-of-44.

Anfernee Simons had 15 points in place of CJ McCollum who missed with a sprained left ankle.

The Mavericks have been the better team this season and have an edge with Doncic at the wing. However Lillard has been hot and Whiteside has played well and home court will be the difference.

Look for Portland to sneak out a home win here.