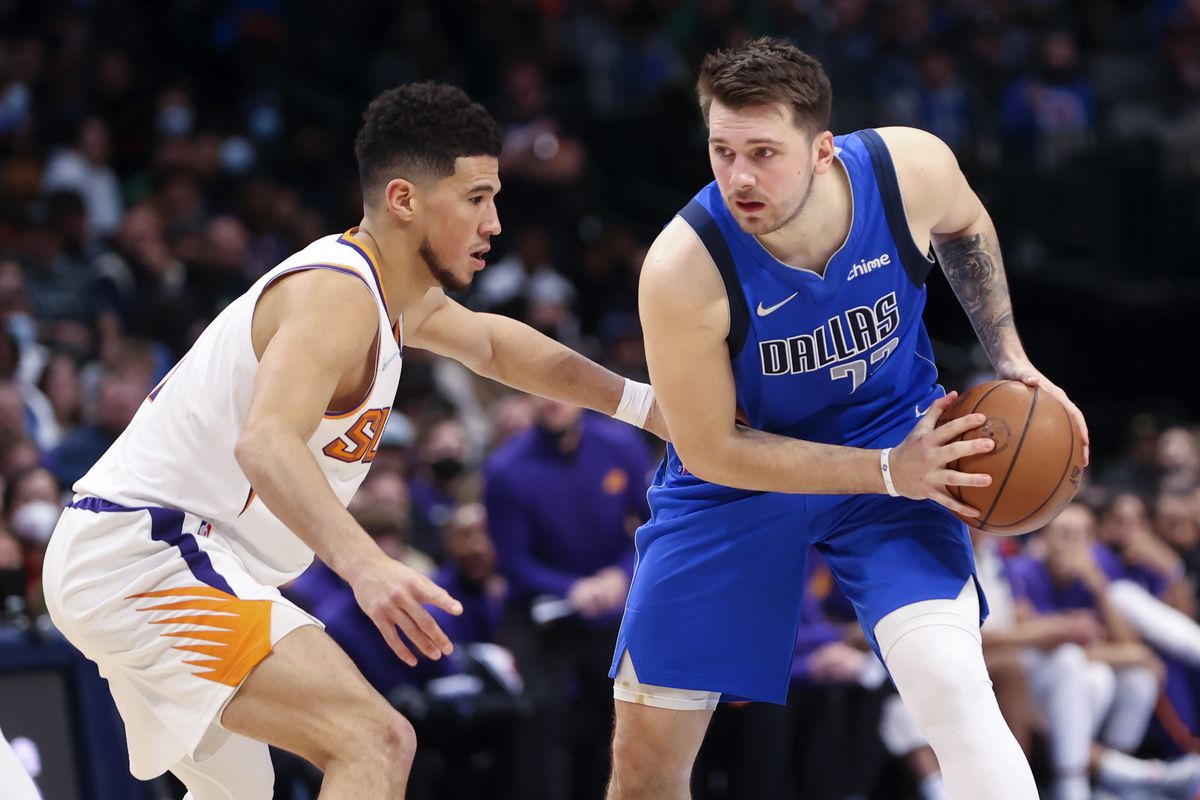 Game five of the Western Conference semi-finals between the fourth-seeded Dallas Mavericks and top-seeded Phoenix Suns tips off on Tuesday, May 10th with the series all knotted at 2-2.

The Suns hold the all-time advantage having won 94 times of the club’s 168 regular-season meetings versus the Mavericks.

This is the third time the clubs are playing in the postseason with each team having won a prior series. The Suns won the 2005 semi-finals 4-2 while the Mavericks won the 2006 Conference finals 4-2.

Luka Doncic had been the best player in the series but the Mavericks were done 0-2 in spite of that fact. However, with everyone feeling more confident at home the superstar finally got some help from various teammates and that resulted in two victories.

In Game 4, Doncic had arguably his most inefficient offensive game but still delivered a double-double of 26 points and 11 assists plus seven rebounds. He shot 9 of 25 from the field and 1 of 10 from the perimeter.

Six Mavericks collected double-figure scores in Game 4 with Dorian Finney-Smith delivering on both sides of the court dropping 24 points and eight rebounds (five on the offensive glass) while hitting eight of his 10 perimeter attempts.

While Chris Paul looked like the best player on the court in Game 2 in the final frame he experienced perhaps his worst two consecutive playoff games ever in Dallas.

In Game 3, he was mired by turnovers, and in Game 4 he dealt with foul trouble the entire match eventually fouling out early in the fourth quarter, and also had to deal with the off-court incident with his family.

All of this while turning 37 and having anything but a Happy Birthday.

He returns to Phoenix knowing he needs to play better and if the adage – “Don’t poke the bear” resonates it might aptly describe his mindset as he hits the hardwood on Tuesday.

Paul finished the match Sunday having attempted only four shots scoring fewer points (five) than fouls (six) adding five rebounds and seven assists. Devin Booker did his best to keep the Suns in the match offering 35 points and seven rebounds.

Deandre Ayton produced a double-double of 14 points and 11 rebounds while Jae Crowder (15), and Cameron Johnson (11) were the other double-figure scorers.

Dario Saric (knee) is out for the season.

The variance between how the teams have played at home and on the road is palpable. To wit, the Suns averaged 125 points per game at home but only 97.5 points in Dallas.

Conversely, the Mavericks scored more on the road (111.5) versus home (107) but were more efficient on defense with a better distribution of scoring across the lineup.

Aside from Paul staying on the court (and to be fair the last two fouls the refs dished out to CP3 were very soft) there are a few keys for the Suns to fix. First, they need to shore up their perimeter defense with five Mavericks shooting 40% or better (average of 1+ attempt).

Turnovers are also a key as Phoenix coughed up the ball 17 times in both Game 3 and 4 in Dallas leading to 22 and 23 Mavericks points. This isn’t a typical characteristic of their identity as they averaged 12.9 turnovers during the season.

In the first round they averaged 10.1 turnovers only exceeding 12 on one occasion (14) so expect the Suns to be much more cognizant of protecting the ball in this match.

I expect a bounce-back effort in Game 5 but I like the Mavericks to be closer than the 6-point spread.