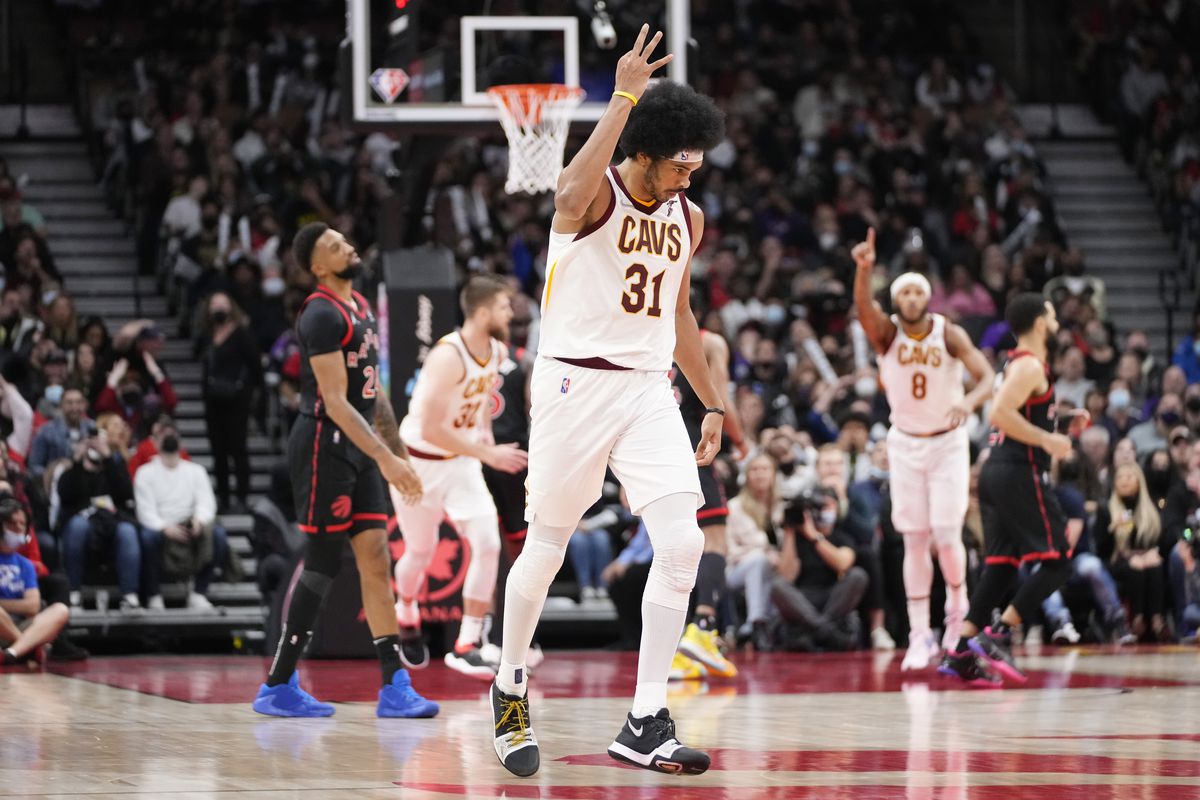 Friday, February 11th finds the Cleveland Cavaliers playing the Indiana Pacers for the third of four meetings between the Central Division foes this season.

The Cavaliers won the January 2nd (108-104) and February 6th (98-85) matches both hosted by Cleveland. The final game of the series occurs March 8th in Indiana

The Cavaliers last played Wednesday in a 105-92 win versus the Spurs while the Pacers lost 112-133 to the Hawks on Tuesday.

In 2020-21, the teams played three times with Indiana sweeping the regular-season series. The Pacers hold the all-time record having bested the Cavaliers in 105 of their 201 matches

After missing four games Darius Garland returned to the hardcourt making an immediate impact. In the win versus the Spurs Garland scored 27 points on a highly efficient 12 of 15 from the field and 3 of 3 from the perimeter adding five rebounds, and six assists.

Caris LeVert made his debut coming off the bench scoring 11 points on 4 of 11 shooting. The Cleveland Towers both registered double-doubles with Jarrett Allen offering 15 points and 14 rebounds while Evan Mobley scored 18 points with 12 rebounds.

Isaac Okoro was the other double-digit scorer with 14 points.

Although the Spurs won the paint (54 to 50) and fast-break scoring (18 to 13) Cleveland excelled in other areas to capture the win.

Lauri Markkanen (ankle) is out indefinitely. Collin Sexton (knee) is lost for the season.

This match should mark the debuts of newly acquired Tyrese Haliburton, Tristan Thompson, and Buddy Hield. Although the Nets and 76ers made the big splash trade at the deadline the move to acquire Haliburton may have the greatest long-term impact.

Kevin Pritchard stayed true to his word that the trio of Caris LeVert, Myles Turner, and Domantas Sabonis were available but ironically the player most assumed would exit first (Turner) is the only one still with Indiana.

In addition to the deal with the Kings, the Pacers also picked up Jalen Smith plus a future second-round pick from the Suns in exchange for Torrey Craig.

Malcolm Brogdon (Achilles) and Isaiah Jackson (ankle) are questionable for Friday. Myles Turner (foot), T.J. McConnell (wrist), and TJ Warren (foot) are all out indefinitely. Ricky Rubio (ACL) is lost for the season.

Both teams are well-rested but the Cavs have a major advantage as the Pacers are dealing with integrating copious new players and also navigating core players being out injured.

What the new era Pacers will look like could take a while to learn as Rick Carlisle will have to figure out the lineups and minutes for his reformulated group. Essentially Carlisle will be using the rest of the season to develop the team’s chemistry and schemes.

The biggest advantage for Cleveland will be their size and experience playing together. With Turner and Jackson injured that means only  Goga Bitadze knows the system, everyone else is new to the team.

If you’re looking for more NBA picks like this Cleveland Cavaliers vs. Indiana Pacers matchup, we’ll be providing 4* free NBA predictions on the blog during the entire 2021 NBA season, and check out our Experts for guaranteed premium & free NBA picks!