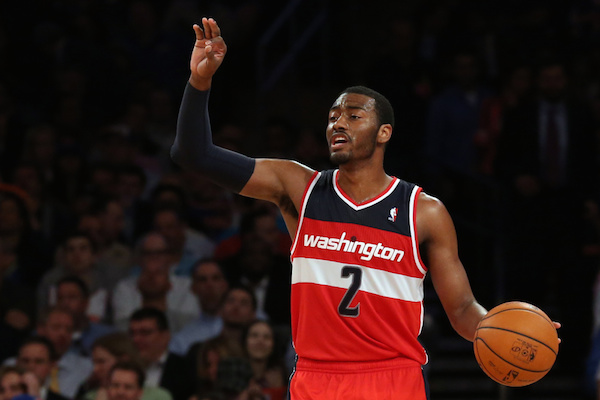 To say that the Wizards are a long shot to make the post-season is an understatement. They are 4 games out of the last playoff spot in the East with 5 games remaining. At least they are at home and face a Nets’ team that has lost 5 straight games.

The Nets are headed for another high lottery pick and they have the 4th fewest wins in the league.

The Nets have been a mess all season and things just keep getting worse. Not only have they lost 5 straight, but their last loss was at home to a Pelicans’ team that is shorthanded and is 19 games under .500.

Brooklyn ranks 27th in the league in scoring and 23rd in opponents’ points allowed.

In the Nets 5-game losing streak they have given up an average of 113 ppg.

With the Nets’ season over the team decided to shut down Brook Lopez and Thaddeus Young, who are the team’s leading scorers.

The other guys will have to step up in the scoring department to have any chance to take down the heavily favored Wizards in their house.

The Nets are only 7-31 on the road this season.

Time is running out on the Wizards and they are a guard led team with the likes of John Wall and Bradley Beal being the 2 leading scorers.

With Lopez out Washington C Marcin Gortat, who is coming off a 21-point and 7-rebound game against the Clippers, may go big in this game and be dominant in the paint.

Washington ranks a solid 10th in the league in scoring, but only 21st in opponents’ points allowed.

The Wizards are 19-19 at home this season and have lost their last 2 home games.

The Wizards won their only game facing the Nets this season.

4* Free NBA Betting Pick: There’s no line yet. Check back later for a free ATS or O/U pick.

The Wizards will easily win this one and cover facing a Nets’ team that has failed to cover in their last 7 road games.

If you’re looking for more picks like this Brooklyn Nets vs. Washington Wizards matchup we’ll be providing 4* free NBA predictions on the blog all season long, and check out our Experts for guaranteed premium & free NBA Hoops picks!