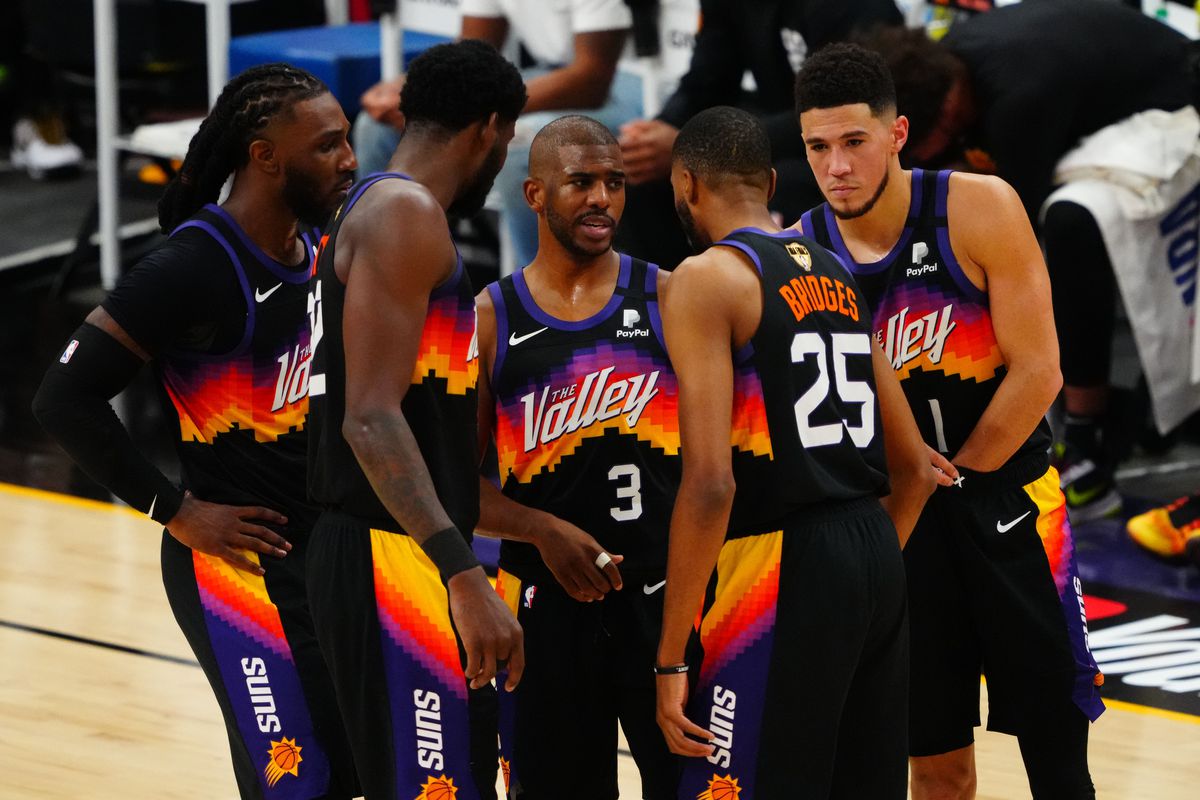 The Nets are on a current four-game losing streak that got extended in San Francisco on Saturday with their 106-110 loss to the Warriors.

In contrast, the Suns are on a 10-game winning streak they extended on Sunday with a 115-110 victory versus the Spurs.

Last season, the squads played twice with the Nets winning both contests. The Suns hold a slim 47 to 46 edge over the Nets all-time in their 93 matches played.

Since the calendar switched to 2022 the Nets have won just six times and lost on 10 occasions and worse without Kevin Durant in the last nine matches Brooklyn are 3-6.

Now Harden who just overcame another hamstring issue is nursing a hand injury. All this amid rumors he’s not happy in Brooklyn and wants to leave for greener pastures (read: Philadelphia).

Although Harden told reporters to ignore those types of reports I hate to say it but where there’s smoke there is usually a fire behind it.

For now, Kyrie Irving will have to carry the burden of getting the Nets back on track with the team on a five-game Western road trip.

In fact, Irving will have ample opportunity with seven of the Nets next nine contests away from Barclays Center although he won’t be able to participate versus the Knicks due to covid protocols in New York.

Harden is questionable for Tuesday while LaMarcus Aldridge who left the arena on crutches after his last game is ruled out due to an ankle injury. Durant (knee), Joe Harris (ankle), and Paul Millsap (personal) are all out indefinitely.

The Suns became the first team to win 40 wins and in doing so cemented Monty Williams and his staff as the Western Conference coaches for the All-Star Game.

That in spite of no one from the top-ranked NBA team gaining a starting role via the fan, player, and media votes. That said, it’s a virtual guarantee that both Chris Paul and Devin Booker will be part of the big game voted in by the coaches.

Specifically, they rank third offensively (112.8) and second in both the defensive (104.9) and in net differential (plus +7.8) categories.

While the Suns continue to display dominance on both ends of the hardwood their greatest achievement is arguably continuing to win despite so many core members of the roster missing time due to injury or protocols.

That won’t change Tuesday with only Abdel Nader (conditioning) listed as questionable. Deandre Ayton (ankle), Jae Crowder (wrist), and Landry Shamet (ankle) were all downgraded to being out.

Although Irving will do his part to lead the Nets they don’t have enough depth even facing the shorthanded Suns. Nor do they have the defensive chops.

Brooklyn who held a top 10 defense to start the season has progressively slid down the ladder currently ranking 17th overall but in their last 15 games rank 27th!

That said if Harden returns expect the officials to be liberal with the whistle sending the bearded one and Irving to the charity stripe to keep fans engaged although it won’t be enough to contain the Suns.