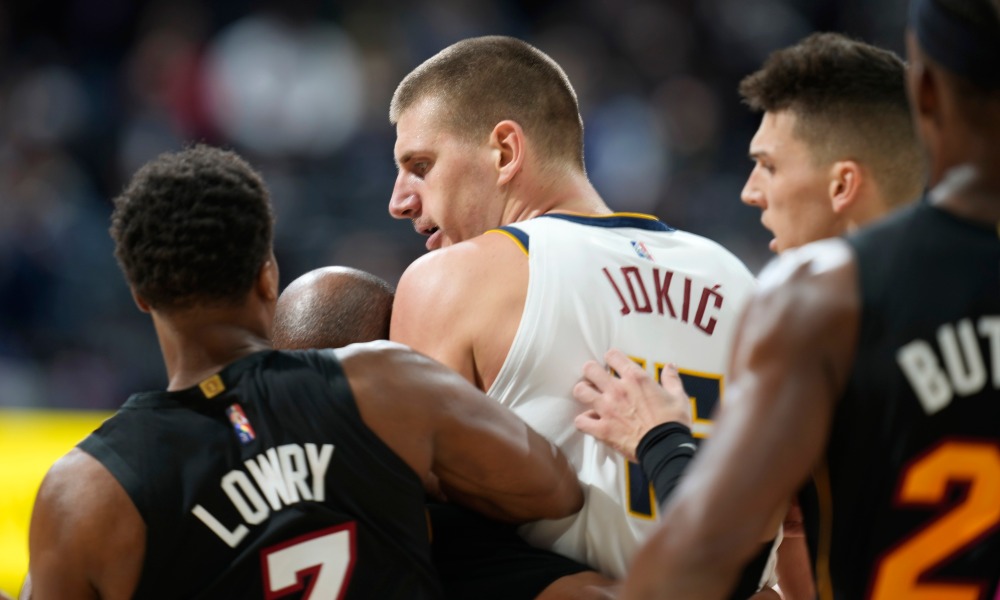 The Nuggets hold the all-time record having bested the Nets in 51 of their 95 meetings. Last season the squads played twice with Brooklyn winning both contests.

The losing streak has reached seven games in a row and the resulting effect is the trio of teams directly under Brooklyn has closed the gap between them.

This is the final game of the Nets’ five-game road trip and they’ve yet to register a victory – so much for Kyrie Irving making a difference. More road games are coming although the Nets will return home to play the Celtics after this match.

After these next two matches, the following 15 game segment will find the Nets playing more frequently on the road (nine games) than at Barclays (six games). Fortunately, the All-Star Break occurs in the middle of that stretch with Kevin Durant expected back either just prior or after the break.

After a hot stretch, that witnessed the Nuggets win 13 of 18 they’ve stumbled a bit losing three games in a row and are looking fatigued. That’s understandable given how decimated their roster is and specifically the core of their group.

Already missing Jamal Murray and Michael Porter Jr. the team is navigating Nikola Jokic dealing with a toe injury along with other bumps and bruises plus Aaron Gordon is dealing with a hamstring injury.

The latter is concerning as Gordon missed copious games in Orlando due to a hamstring strain so the hope is it doesn’t become a lingering issue. Denver is trying to hang onto that sixth seed but is struggling in the dog days of winter.

Coach Michael Malone wasn’t happy with his team’s defensive effort in the loss to the Pelicans on Friday. Jokic returned from sitting out one game once again flirting with a triple-double but missing one assist to complete it (25 points, 12 rebounds, nine assists).

Monte Morris and Will Barton scored 19 and 17 points respectively as the only other double-figure scorers.

Gordon (hamstring) and Austin Rivers hip were upgraded to probable for Sunday. Vlatko Cancar (fractured foot), and Jamal Murry (ACL) are out indefinitely while Michael Porter Jr. (back surgery) is presumed out for the season.

Both teams have struggled but the oddsmakers feel more confident in Denver which shows how quickly odds shift and favorites fall from the top rung.

Coach Malone won’t allow another lackluster defensive effort and the Nets are the ones who’ll pay the price for that adjustment.

If you’re looking for more NBA picks like this Brooklyn Nets vs. Denver Nuggets matchup, we’ll be providing 4* free NBA predictions on the blog during the entire 2021 NBA season, and check out our Experts for guaranteed premium & free NBA picks!