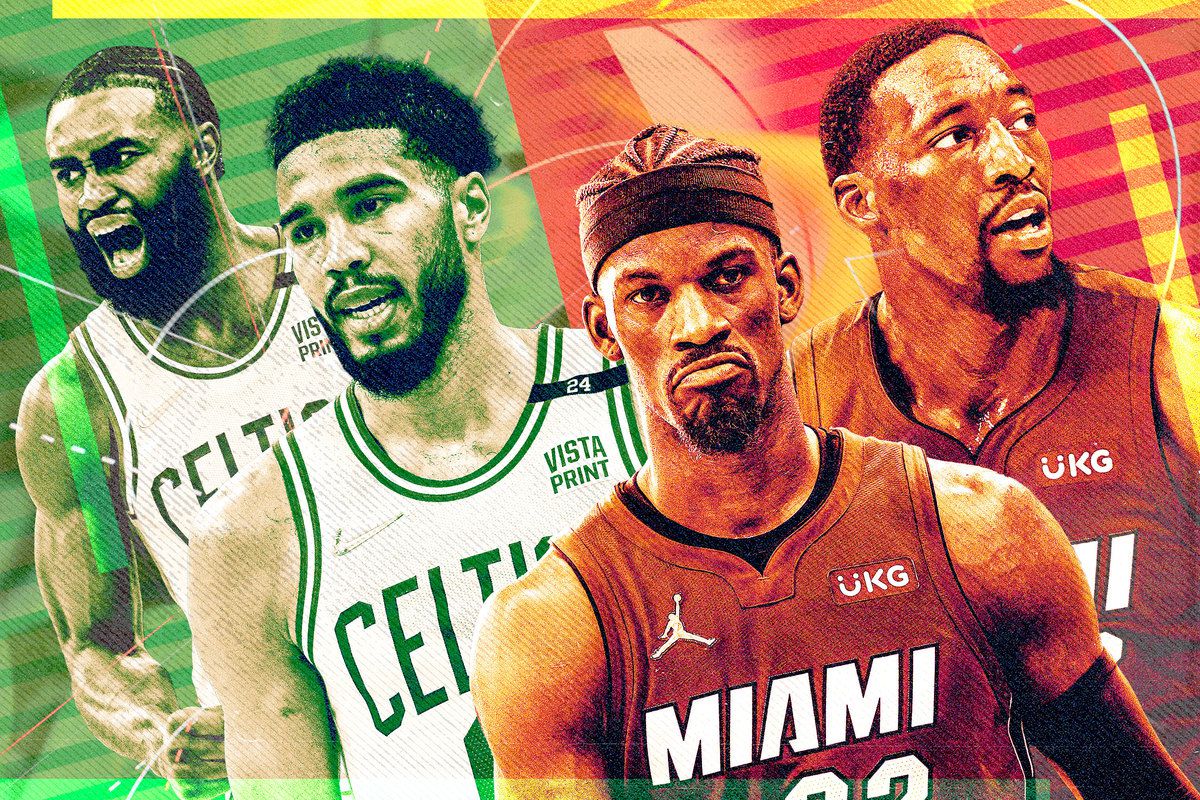 The Eastern Conference Finals will go the distance as the second-seeded Boston Celtics and top-seeded Miami Heat tip-off on Sunday, May 29th in a game seven winner take all.

That prize is a trip to the NBA Finals to face the awaiting Golden State Warriors who’ll open the series on their court regardless of who wins this series.

Virtually every writer, analyst, podcaster, and even Draymond Green predicted the Celtics would finish off the Heat in Game 6 to cement their berth in the NBA Finals.

In fairness, the Celtics have looked like the healthier, deeper squad and had just handed the Heat back-to-back losses holding Miami to 82 and 93 points.

While the Heat is hampered by injuries to their core the Celtics have their own concerns with Robert Williams III and Marcus Smart operating at less than 100 percent which played a factor in the Game 6 loss.

Williams went to the locker room in the fourth quarter playing only 26 minutes and perhaps more telling was his single rebound. Smart played 40 minutes but shot 4 of 15 from the field, and 1 of 9 from deep.

Smart also inexplicably called his own number twice at game end seemingly trying to play hero ball. With the game still within reach, Smart dribbled the ball almost the entire 24 seconds before hoisting up a 3-point shot that wasn’t close.

Derrick White was the x-factor with 22 points off the bench along with three rebounds, five assists, and three steals while Al Horford struggled with foul trouble and had his worst offensive game (three points).

Williams and Smart are questionable for Sunday. Sam Hauser (shoulder) is out.

Sports shows were all debating whether Jimmy Butler was in the same wheelhouse as the best players in the league given his performances in Games 3 through 5.

Everyone knows he’s hobbled but few predicted the type of performance Butler delivered in Game 6 putting the Heat on his shoulders and dominating the match.

Jimmy Buckets refused to lose and from the tip was aggressive finishing with a full box score featuring 47 points, nine rebounds, eight assists, four steals, and a block playing the entire second half.

Kyle Lowry also stepped up after scoring just three points in the prior two matches delivering a double-double of 18 points and 10 assists while PJ Tucker was stellar, particularly in clutch time showcasing his two-way assets.

Bam Adebayo is the one healthy starter but also the only one who failed to reach double-figures in Game 6. If Celtics big man Williams isn’t able to play or is limited in Game 7, Adebayo could help his own narrative by delivering a stronger offensive effort.

Although the Celtics appear healthier their two hobbled players are key, particularly to the defense and no one has been able to limit Butler when his knee isn’t keeping him grounded.

Boston last played in the NBA Finals in 2010 while Miami is just three seasons removed from losing to the 2020 Lakers in the Orlando bubble.

Wear and tear is an issue for everyone at this stage of the postseason, but the Celtics have played every other day since May 7th (11 straight games) while the Heat who wrapped up their semi-finals earlier got four days rest.

While that seems like a small thing the regression in play by Grant Williams and Al Horford could be tied to fatigue. Factor in Tyler Herro, if he’s deemed healthy enough to return, will be returning from a full week of rest.

As for the x’s and o’s the series has centered on defense, 3-point shooting, and turnovers. Both teams have delivered defensively while the Celtics have shot better from the perimeter overall although that’s not always translated into their victories.

Miami has protected the ball better with the Celtics’ losses tied to 16 to 24 miscues whereas their wins witnessed 15 or fewer turnovers.

Arguments can be made for either side but ultimately this decisive game will come down to injuries, star talent, and experience. The Heat have shown more tenacity but the Celtics already survived this fate by beating the defending champs.

Because of the quick turnaround I wonder how much lift Butler will have (and factor in that late-game ankle tweak) let alone Lowry, Strus, Tucker, and Herro, plus Boston hasn’t lost two games in a row this entire postseason.

I’m leaning toward the Heat based on their grit plus the Robert Williams factor. If the latter is out or limited I like Miami even more but if he plays more than 26 minutes then I’d sway back to the Celtics.

Since we won’t know those answers until the ball tips I’ll tenuously take the Heat to cover.