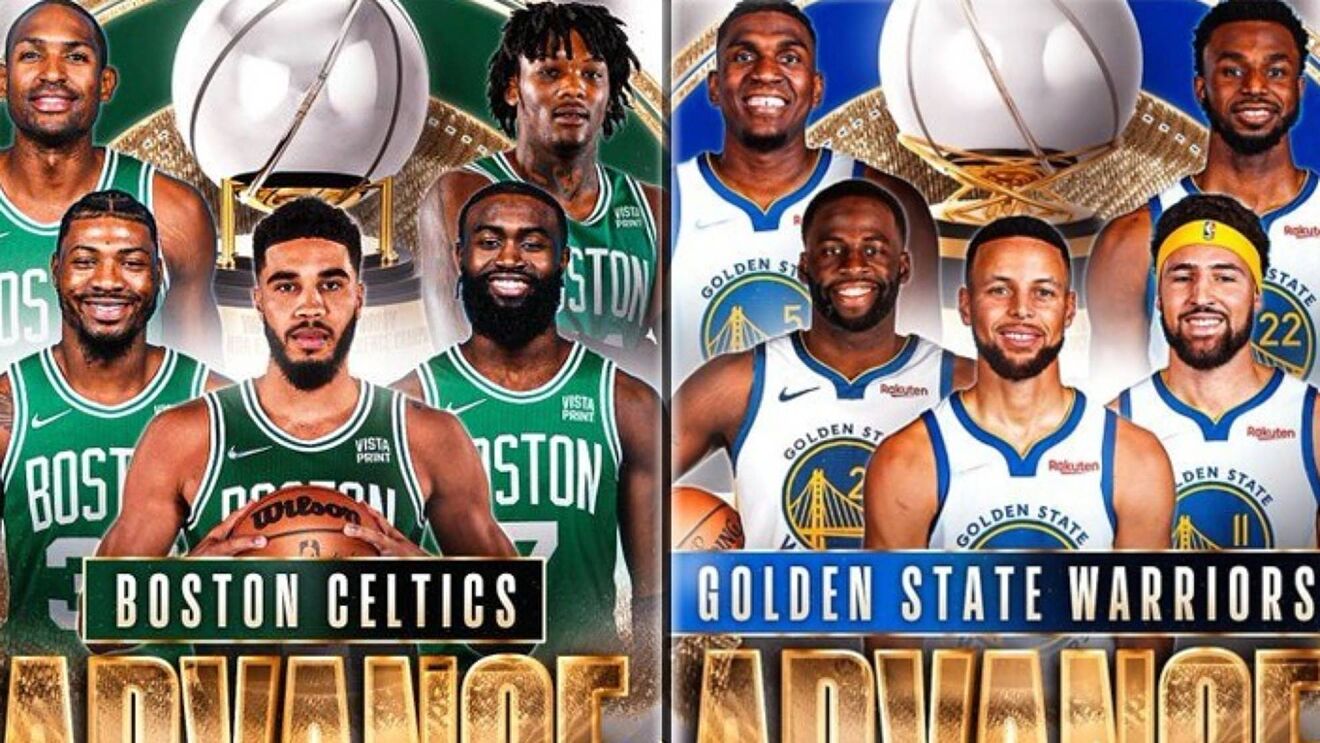 Game 1 of the NBA Finals tips off with the Golden State Warriors playing host based on a higher 53-29 record to the Boston Celtics who finished 51-31. This is the sixth time in eight seasons the Warriors are in the Finals while the Celtics make their first appearance since 2010.

At first glance, the Celtics seemingly had the harder path to the finals facing the Brooklyn Nets, defending champion Milwaukee Bucks and top-seeded Miami Heat with the latter two series going the distance. Alternatively, the Warriors faced the Nuggets, Grizzlies, and Mavericks.

Likewise, the Warriors faced a Nuggets team missing Jamal Murray and Michael Porter Jr., Memphis lost Ja Morant after three games while Luka Doncic and Dallas were arguably a year ahead of schedule.

Notably, Klay Thompson and Jordan Poole missed the first match while Andrew Wiggins was out in the second meeting and Stephen Curry got injured 13:40 into the match while Al Horford was the only core Celtics player sidelined in one of the two meetings.

This is the first time since 1964 that these teams have met in the playoffs. In the Steve Kerr era, the Celtics have the best record against his Warriors.

The Warriors have the decisive experience advantage with 123 collective NBA Finals games under their belts while none of the Celtics players have appeared in an NBA Finals.

Aside from their defensive prowess the Celtics bring a 7-2 playoff road record to the table and will need it versus the Warriors who are unbeaten at the Chase Center.

Another area they’ll need to navigate is the media attention of being in the Finals which is something they have no experience with.

Factor in the pace of the Warriors typically takes opponents a game or two to adjust to. Milwaukee was the one prior opponent that prepared Boston for the Warriors but they were missing Khris Middleton.

The Dubs have a host of players (Klay Thompson, Andrew Wiggins, Jordan Poole, etc) who can feast in transition, unlike the Bucks who relied on Giannis Antetokounmpo and Jrue Holiday.

Although the Celtics get four days of rest they have several core defenders who are limping into the Finals. Namely, Robert Williams III (knee) and Marcus Smart (thigh, ankle, foot) who will need to be at their best to stop the Warriors.

Sam Hauser (shoulder) is the only Celtic listed as out but keep an eye on Williams who looked hampered by that knee in the last two matches.

Notably, Gary Payton II has been upgraded to probable for Thursday and is a key defender Steve Kerr can draw upon to spend time on Brown, Smart, or possibly Derrick White.

The health of Marcus Smart will come into play as he’s held Stephen Curry to 29 percent over their career meetings and offers some motivation since it was his dive for a loose ball that sidelined Curry with the foot injury at season end.

The question is whether Smart will be able to chase Curry everywhere on the court given the myriad of injuries he’s dealing with. Ime Udoka could put Brown or White on Curry but the latter will be a player the Warriors seek out to score against.

Although Smart won Defensive Player of the Year, Draymond Green had the early edge on the award until injury forced him to miss 36 games and he’s leading all postseason defenders (minimum 200 shots contested) with the lowest field goal percentage (28%).

Otto Porter Jr. (foot) is questionable for Thursday. Andre Iguodala (neck) remains out with no definitive return date. James Wiseman (knee) is out for the season.

Admittedly, I was hoping for a Heat – Warriors matchup just for the Jimmy Butler versus Andrew Wiggins narrative. The latter was in Minnesota when Butler went off on the Wolves in practice leading up to his trade to Philly.

Most pundits are labeling this series the Celtics defense versus the Warriors offense but these teams are both better on the opposite side of the court than they’re being credited for.

In the regular season, the Celtics ranked first in all the key defensive categories, but the Warriors ranked second or third.

Offensively, Boston ranked higher (113.6) than Golden State (112.1) in the regular season but the Warriors rank first in the playoffs (116.1) compared to the Celtics (111.8) eighth rank, although they played two of the top three defensive playoff teams (Bucks, Heat).

If the games are close, the advantage leans to the Warriors who are 5-2 in the clutch versus the Celtics 6-4 record with Golden State boasting advantages in every key category in the clutch.

Many are calling for a long series, and while there may be some rest versus rust to deal with I’m picking the Dubs in the opener as the young Celtics adjust to the spotlight and the offensive uptick of the Warriors.