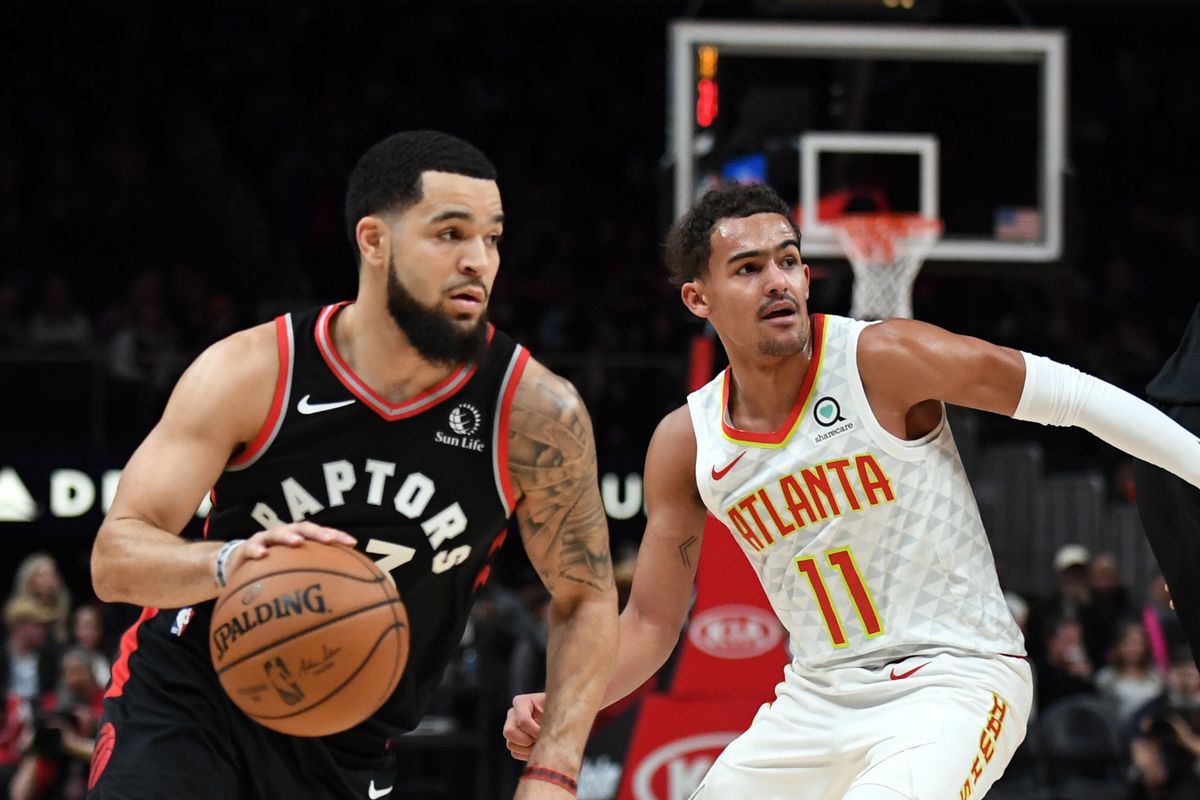 Friday, February 4th the Atlanta Hawks and Toronto Raptors play for the second time this week. Toronto won the match on Monday 106-100 although Trae Young was out due to injury. The squads will play twice more with Atlanta hosting on February 26th and Toronto on April 5th.

Both teams are playing the second game of a back-to-back set with the Raptors pushing the Bulls to overtime and winning 127-120 and the Hawks ending the Suns 11-game win streak with a 124-115 victory.

In history, the teams have each won 48 times in their 96 matches. Last season the teams played three times with the Hawks sweeping the regular-season series.

Trae Young returned to the court and made his presence felt via 43 points (16 of 25) hitting 6 of 11 from deep plus five assists.

The Hawks were lethal from the perimeter with Young hitting six, Huerter connecting on five, and the team amassing 20 out of 41 attempts.

Atlanta has won eight of nine with their lone loss coming versus the Raptors on Monday.

Collins suffered a shoulder injury he played through on Thursday but is questionable for Friday as is Lou Williams with a sore back.

The win streak is now extended to four with impressive victories over the top two teams in the East (Bulls and Heat x 2) as well as the victory that stopped the Hawks’ win streak.

It took another overtime victory by Toronto to get the fourth win although they wrapped it up in a single overtime frame (not three like it took against the Heat).

Newly minted All-Star reserve Fred VanVleet scored 21 with nine assists while Pascal Siakam continued his impressive streak with a double-double of 25 points and 13 rebounds plus seven assists, two steals, and a block.

Nick Nurse kept his bench short again although Chris Boucher offered a double-double of 16 points and 10 rebounds in a reserve role while Khem Birch returned from missing 10 games due to a fractured nose.

Goran Dragic (personal) remains away from the team in Miami and won’t likely return until the team either trades him or buys out his contract.

Both teams played Thursday but it’s no debate over which team has fresher legs given how many minutes the Raptors run their started. The key for this match will be locking down the Hawks on the perimeter.

Typically teams playing games so close together results in a split decision but the records of these clubs on second nights of back-to-back sets are telling. Toronto is 6-3 and Atlanta is 3-6 and even though the Hawks are improved I’m leaning to Toronto keeping this win streak alive.