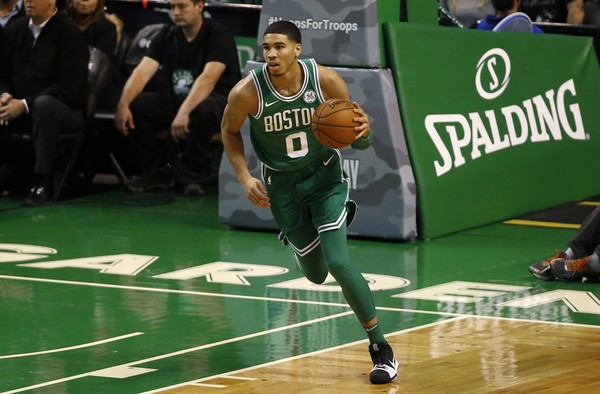 Friday, February 7th, the Atlanta Hawks and the Boston Celtics play for the second time this season. In the first meeting on January 3rd, the Celtics won 109-106.

Last season, the teams played four times with the Celtics sweeping all four games. The Celtics hold the all-time record having bested the Hawks in 234 of their 377 matches.

The roster that beat the Timberwolves on Wednesday got an overhaul at the trade deadline. Several players were added but only three centers remain: Clint Capela, Skal Labissière and Dewayne Dedmon (Nene, Derrick Walton) were waived.

In turn, Atlanta traded Jabari Parker, Alex Len, Chandler Parsons, and Evan Turner. For the Hawks who felt they didn’t have enough rebounding or interior presence this new iteration of the club is essentially 3-point shooters and bigs.

It took the Hawks 36 games to accumulate eight wins, but in the last 12, they are playing .500 ball with six victories. In the most recent win, Atlanta embarrassed the Wolves who arguably were sparked to trade Andrew Wiggins for D’Angelo Russell afterward.

With the trades and all the injuries it will interesting to see if the Hawks will even have seven or eight players available to suit up Friday.

Bruno Fernando (calf) and Cam Reddish (concussion) are doubtful while DeAndre’ Bembry (hand) is out indefinitely.

While the Celtics were expected to make a move at the trade deadline to shore up their frontcourt with a big man 3:00 p.m. came and went with no trade announcements.

Despite the dearth of big men and injuries to frontcourt players the Celtics are on a five-game win streak. The most recent victory a 116-100 defeat of the Magic. Jayson Tatum led the squad with 33 points.

The trio of Gordon Hayward (23), Jaylen Brown (18), and Grant Williams (13) were the other double-figure contributors.

Although the Big 3 all played versus Golden State, Kemba Walker is still dealing with knee soreness which finds him listed as questionable for Saturday.

Although most players are expected to suit up virtually every member of the core is nursing injuries. Kembar Walker (knee), Marcus Smart (thigh), and Brad Wannamaker (ankle) are all listed as probable.

Gordon Hayward (foot) and Jaylen Brown (ankle) are both listed as questionable. Daniel Theis (ankle) and Robert Williams III (bone edema, hip) are both out.

This should be a mail-in victory however the Celtics also have their share of injuries and will need to be cautious of the trap game.

If you’re looking for more NBA picks like this Atlanta Hawks vs. Boston Celtics matchup we’ll be providing 4* free NBA predictions on the blog during the entire 2019/20 NBA season, and check out our Experts for guaranteed premium & free NBA predictions!