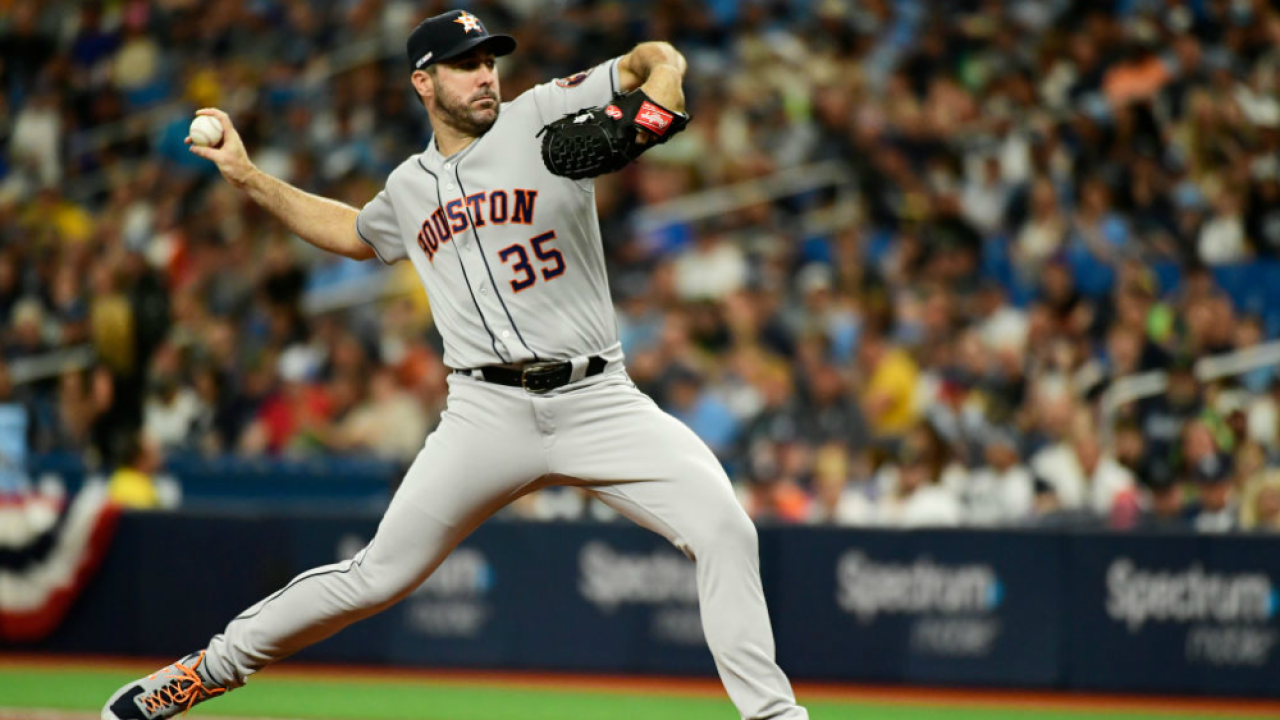 The Colorado Rockies selected Jon Gray out of the University of Oklahoma with the third overall pick in the 2013 MLB Draft.

He threw over 800 innings for the big league club but when he became a free agent last year, he opted to sign a lucrative four-year contract with the Texas Rangers.

Five starts into his career with the Rangers, the Shawnee, Oklahoma product has won one and lost one.

He’s struggled at times in every start. Even in his next-to-last start against, which came against the Yankees and has been the only one this year in which Gray has not allowed a run, he lasted only 4.1, largely because he walked three.

His last time out was his longest — 17 outs — and he struck out a season-high eight but he gave up eight hits and four runs to the Angels.

The Astros have owned the Rangers (see Betting Trends below) and didn’t have to use much pitching in Thursday’s 5–1 win.

Framber Valdez went the first seven in under 100 pitches. He gave up 10 fly balls, which were more than he had given up in his previous seven starts this season but none left the yard.

Hector Neris and Ryan Pressly struck out all six batters they faced in the eighth and ninth innings, respectively.

Justin Verlander has won Rookie of the Year, MVP, two Cy Young Awards, and a World Series. How about Comeback Player of the Year?

Verlander hadn’t pitched for Houston since its first game of the 2020 regular season but he’s started this season in top form.

He’s given up seven earned runs in seven starts and blanked the Nationals over five innings the last time out to extend his scoreless streak to 13.1 innings.

There will be no value to come by with Verlander, the Astros, or even the under on account of the public knowledge of Verlander’s early dominance.

Instead, look to the contrary with Gray and Texas, which has already seen Verlander once this season.

The Mariners just faced JV for a second time this season and produced more (albeit just two runs in 6.2 innings).

Texas improves on the one run in seven innings it got against Verlander in the first go-around.

If Gray puts it together, he’s capable of winning this game. Consider the underdog worth a shot.

If you’re looking for more MLB picks like Texas Rangers vs. Houston Astros matchup, we’ll be providing 4* free MLB plays on the blog all season long, and check out our Experts for guaranteed premium & free MLB Baseball picks!