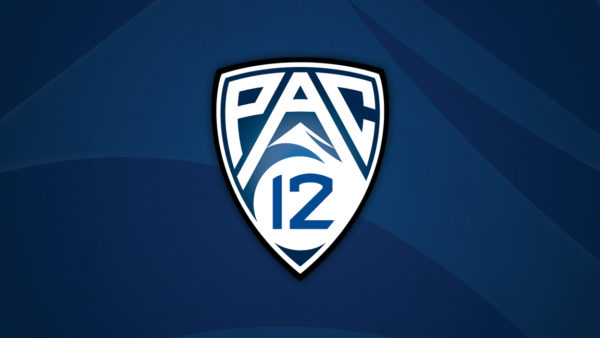 Looking for Pac 12 2018 Football Conference betting picks? The Pac-12 rarely disappoints in terms of competition and entertainment. Unfortunately for fans on the West Coast, that’s exactly what happened last season. In 2018, the script should flip. There will be a lot of talk about who will win the South Division and which team will take claim of the North’s second position, but the Washington Huskies are the clear favorites to earn the North title, and then subsequently a Pac-12 Championship.

Reasons Washington Will Win The Pac-12

The tandem of Trey Adams and Kaleb McGary is borderline unfair—especially in a conference that often times prioritizes skill positions over big bodies who are going to do the dirty work on the offensive side of the ball.

We could pick apart Washington’s defense to find holes, or more realistically highlight each and every part of that squad that’s going to make this team elite.

But that would have to be an article all on its own.

This defense is going to be what really drives this team to success in 2018. Washington is bringing back one of the best secondaries in all of football…and speaking of returning players…

The Huskies are going to bring back 16 starters from last season. That can’t be overlooked.

In a conference where talent among skill positions isn’t lacking, having a squad that is used to playing with one another and ready to hit the ground running is a big deal.

Look for a few potential contenders to either come out of the gate stumbling or hit stretches of hiccups during the mid-season lulls. Don’t expect either of those from this Washington team.

There’s going to be a heated debate all season as to whether Oregon or Stanford will step up as the second-best team in the North Division. But that’s as far as the debate’s going to go.

As far as the Ducks are concerned, they’re banking hard on Justin Herbert being as good as advertised. The truth, though, is that the hype surrounding him, his Heisman candidacy and his potential as a 2019 No. 1 NBA pick…well, a lot of that is coming from the fact that the QB class this season is underwhelming compared to 2018.

Then there’s Stanford, which is banking hard on Bryce Love also having a Heisman-esque year and being the driving force behind a Pac-12 title run. Truth is, Love should be every bit of what Stanford needs him to be. But hoping for the rest of the team to follow his lead is a tougher assumption with the roster as is.

Odds are, USC will find a way to win the Pac-12 South. But while the Huskies could very well be an 11-win team this season, USC is looking at nine games at best.

USC’s South title is going to be more an indictment against the South teams still building their programs and less a testament to the Trojans’ greatness.

Look for USC to have a nice run up to the Pac-12 title game. And then be hugely disappointed when Washington—a team fighting for a spot in the College Football Playoffs—shows them they’re not yet on a conference championship level.

Washington has a huge test ahead of itself in Week 1 during a neutral location game vs. the Auburn Tigers. Odds are, the Huskies lose that game, as well as one conference game throughout the regular season.

But as long as the Huskies use a Week 1 game against a National Championship contender to learn and improve, nobody will even remember a loss.

In fact, this is an example where we could legitimately see a Week 1 inter-conference battle resurface as a rematch in the College Football Playoffs—after the Huskies take down the Pac-12 South representatives and become conference champions.

Ready to bet on College Football? Join MyBookie.ag TODAY & Grab Up To $3000 FREE from CappersPicks & MyBookie.ag for your NCAA Football betting!

What do you think about our 2018 Pac 12 Prediction? Please leave us a comment below telling us how you think they’ll do in 2018!

The 2018 College futures betting season is here in full force! If you like to bet on NCAA football, you are in the best possible place for online betting. CappersPicks.com has NCAAF odds up on a ton of futures, and you will also find College football lines up for early games as well.