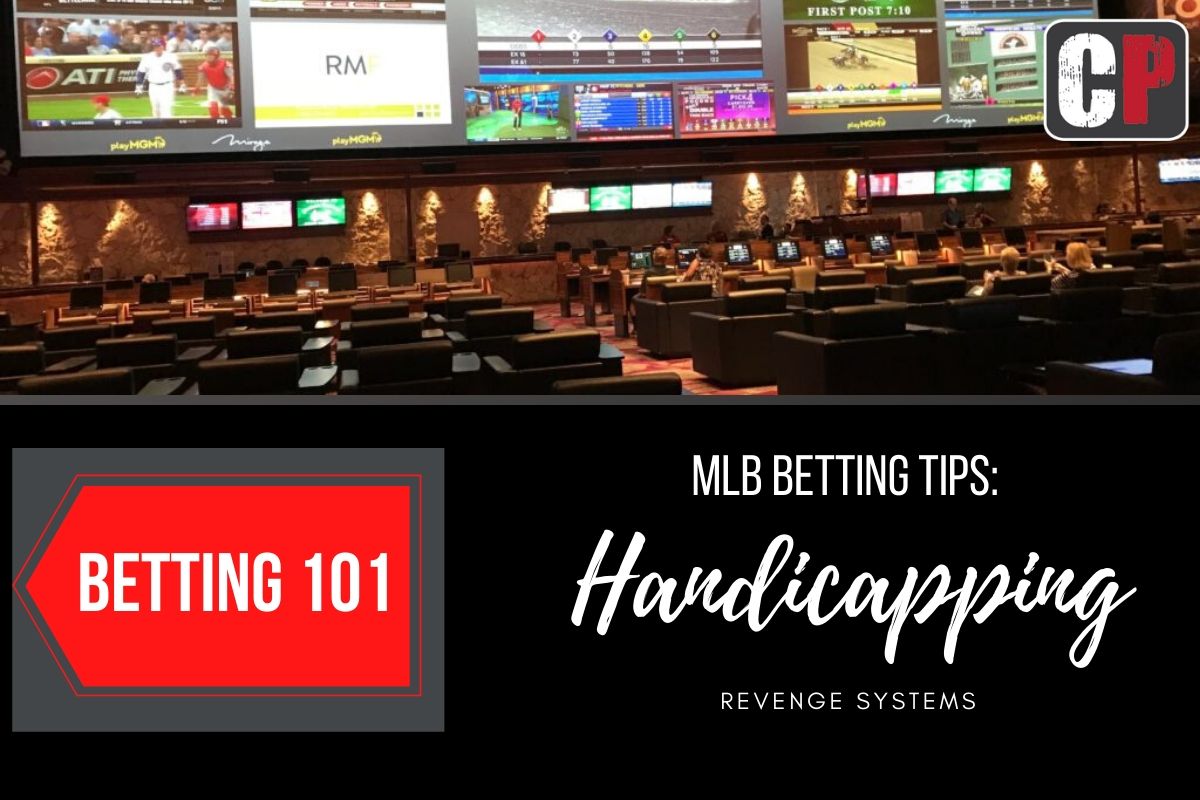 Have you stopped by Cappers Picks today to use our MLB Betting Tips from the experts at Cappers Picks? Specifically tools for how to handicap with a Revenge System? Continue reading on for some insight on how to look for profitable spots.

If you hang by a roulette wheel long enough to witness a run of five, six, seven, eight consecutive spins that come up the same color — either red or black — you will almost certainly hear chatter from the players at the table about betting the color that hasn’t come up in a while.

It’s intuitive to think that if six black numbers come up in a row, the next one will be red. It can’t stay black forever. Players may try to justify this “strategy” with a concept called regression to the mean, which means, over the long run, expected averages will even out, meaning roughly half the spins will come up red and the other half black.

YOU CAN CLICK HERE TO CHECK OUT THE TOP 40 MLB HANDICAPPERS IN THE WORLD! (All Under 1 Roof)

Where this approach goes wrong, however, is that six or seven spins does not qualify as a large sample size and each spin is independent of all others; what came before it has no influence.

Trying to time a roulette wheel, just like trying to time the stock market (which is too complex to know what is going to happen at a given moment without insider information), is asking to lose your shirt. But can you time when a baseball team will play particularly well and take advantage of it in the sports betting markets?

Unlike a spin of a roulette wheel, the past influences the future in sports. Baseball is no exception.

The human element involved means that losing may motivate a team, while winning can turn the other team complacent. Some bettors use such thinking to look for revenge sports to bet.

What makes baseball unique from other sports, at least in the regular season, is that its teams plays series of two or, more commonly, three or four times games in a row.

But finding a revenge spot isn’t as simple as betting a team that lost the night before. Picking a spot requires close attention to detail and even that can fail often but pick spots selectively and you may just be successful enough to turn a profit.

In a regular season of 162 games, one single game can feel insignificant. But if one team really whoops up on the other and even goes as far as to rub it in or agitate the losing side, you may be looking at a revenge spot. This is more so if the home team loses by a lot one night and comes back to play in front of its fans the next day. It will be much more motivated to come out and put on a better show for the fans.

No team likes to be swept. To host another team for three or four games or make a trip to another city for as long and to leave town without a single win leaves a bad taste in everybody’s mouth who was involved.

So look for sports where a team has a chance to salvage a win in the final game of a series. Of course, this isn’t an automatic green light to bet that team. I like to look at where the team has come from and where it’s headed next.

If it has been on the road a while and is finally going home the next day, I often stay away. Sometime a team gets road weary and is just not going to win another game until it returns home.

But if its the start to a road trip, it may just be that the team took a couple days to adjust and will want to get a road win under its belt before it moves on to the next city. There is a plethora of context to consider when looking at revenge spots.

Finally, the first regular season matchup between two teams that met in the previous year’s playoffs can be an opportunity for the team that was bounced to get a small measure of revenge.

Truly, it isn’t revenge and the team that won the postseason matchup won’t look at it that way (which can make the chances for revenge even greater) but for a team that was eliminated in painful fashion, seeing the team again the next season can inspire a hunger for revenge.

In 2020, think the Dodgers playing the Nationals, the Twins playing the Yankees, or any team facing the Houston Astros. Devout revenge bettors may fade Houston in every spot possible this season.

What do you think of our article MLB Betting Tips: Revenge Systems? Comments are welcome below.

CappersPicks.com has MLB Odds up on a ton of MLB World Series futures, and you will also find DAILY MLB Baseball lines up as well.