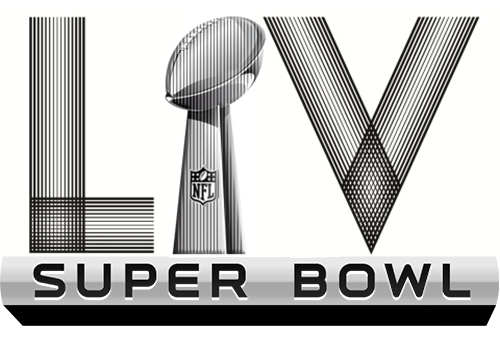 Looking for football betting tips for the 2020 NFL season? Ready to discuss Super Bowl LIV futures? The NFL preseason is still a month away, but with the draft and free agency in the rear-view mirror, rosters have taken shape and we can begin making judgements about teams

Here are three favorites, three longshots, and three from the middle of the pack worthy of a closer look when betting on Super Bowl LIV.

It shouldn’t come as a surprise to anyone to see the Patriots installed as the favorites to repeat as champions at Super Bowl LIV. The team’s edge in institutional intelligence has helped fuel this dynasty, and there’s really no end in sight.

The Patriots drafted a pair of defensive backs in the second round to help bolster that position. If those players can adjust to life in the pro ranks quickly, watch out.

The Saints were a missed penalty call away from a trip to the Super Bowl last season. The team has figured out a system that’s really working for them, and they’re sticking to that system, adding free agent Latavius Murray to slot into Mark Ingram’s role. The team also added Jared Cook to give Drew Brees another pass-catching option.

The Browns made some significant additions during the offseason, but we too often give teams more credit than they deserve for veteran additions.
[dfads params=’groups=259&limit=1&return_javascript=1′]

The Browns deserve a ton of credit for improving their roster, and should make strides in 2019, but a Super Bowl is likely still out of their reach.

As long as Aaron Rodgers is the team’s quarterback, the Packers will be mentioned in the same breath as all other Super Bowl favorites, even if he’s already having trouble getting along with his new head coach. The team made a slew of additions on defense and should be improved on that side of the ball. Where the offense nets out whether we see the team put Rodgers in position to succeed will be key.

The Steelers have lost a lot of talent on the offensive side of the football in the past 12 months, with Le’Veon Bell and Antonio Brown both changing addresses, but that side of the ball won’t be a problem for the team. The front office showed a focus on improving the team’s pass defense over the offseason, and that should pay immediate dividends.

Adding Kirk Cousins last offseason was supposed to put the Vikings over the ump, but year one of that experiment failed, with the team missing out on a playoff spot in the final week of the season. The team continued to focus on improving its offense, drafting players on that side of the ball with each of its first four picks in April’s draft. Expect the team to return to the postseason this year.

Jacksonville was one of the biggest disappointments in the NFL last season, with blame placed squarely on the shoulders of quarterback Blake Bortles. Not surprisingly, the team went out and added Nick Foles to take Bortles’ job. If the defense remains elite – and it should – Foles won’t be asked to move mountains.

Similar to the Packers, with Cam Newton as the team’s quarterback, the Panthers will have lofty expectations placed on them. The team made a slew of additions on the defensive side of the ball that should improve that unit.

The Ravens are really going against the grain in today’s pass-happy NFL. Lamar Jackson will now have Mark Ingram in tow in the backfield, to form a dynamic one-two punch in the running game.

The team also adjusted its personnel to better-fit this style of offense, adding a number of speedy receivers in the draft to give this offense a chance at big plays from every position.

What do you think of the 2020 SuperBowl LIV odds post? We’ll be providing 4* free NFL predictions on the blog all season long, and check out our Experts for guaranteed premium & free NFL Football picks!