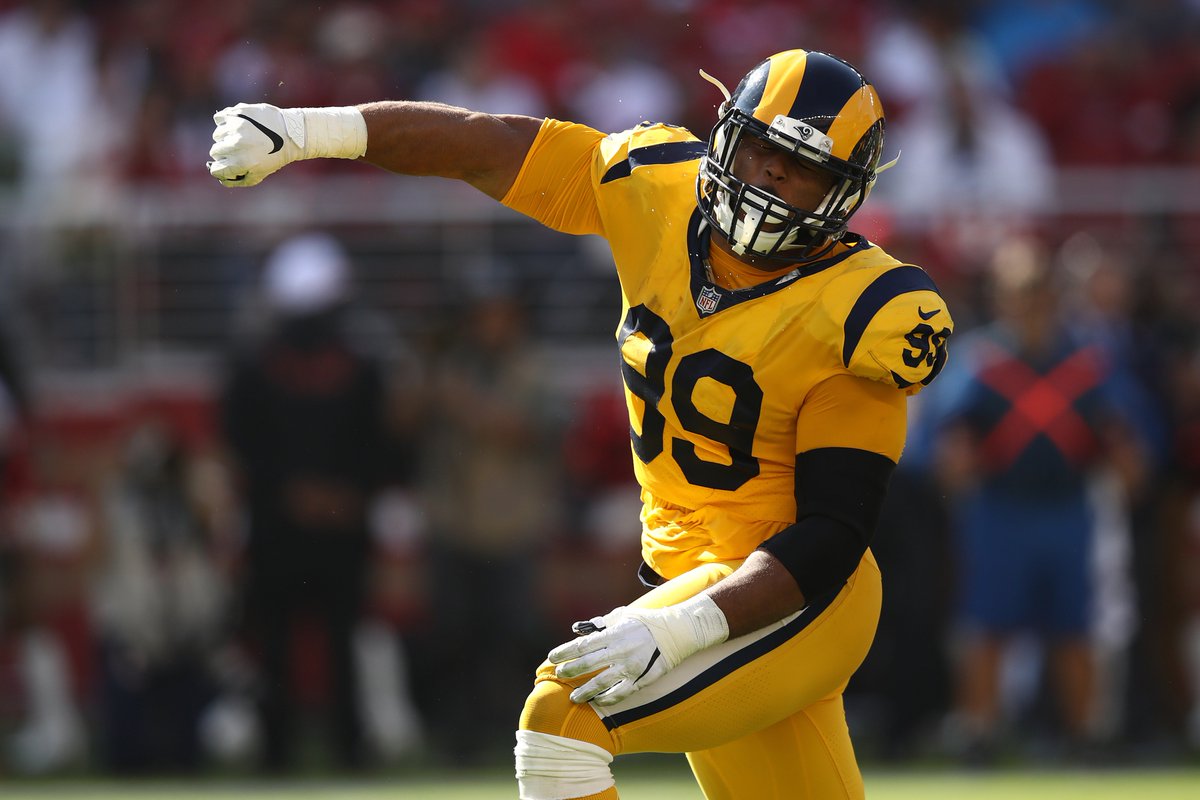 Have you stopped by Cappers Picks today looking for our 2020 NFL Defensive Player of the Year Betting Odds & Handicapping Tips?  If you are looking to make a future bet you can feel good about at least being played out, look to the NFL. With the possibility of the NBA, NHL and MLB seasons all being cancelled, bookies have loaded up on NFL action with confidence those games will be played come September.

Last season, Stephon Gilmore of the Patriots did not exactly come out of nowhere to win the NFL’s Defensive Player of the Year but he was a longshot to beat out reigning two-time champ Aaron Donald.

Gilmore became the first cornerback since Charles Woodson in 2009 to win the award. He led the league with six interceptions — two of which he took back for touchdowns — and 20 passes defended, all while not getting that many passes thrown his way while playing shutdown defense in the secondary.

The voters’ bias toward pass-rushers and linebackers are reflected in the futures market prices. Gilmore is just 16/1 to repeat, making him the sixth highest favorite on the board.

Aaron Donald is the favorite to win the award for a third time in four years at 7/1. He’s averaged a dozen sacks per season in the six years he has played in the NFL and racked up another 12.5 last season to stay in the DPOY chase until the end.

Perhaps voters were just not as inclined to vote for Donald a third time in a row. Gilmore being part of a league-leading defense in New England had to impact at least some of the voters, too.

Donald led the league for a second consecutive season with 20 tackles for a loss but the Rams were underwhelming as a unit.

The San Francisco 49ers were even better than New England on defense last season in Nick Bosa’s rookie season. Bosa racked up nine sacks in 14 starts as a rookie and is bound to improve on those numbers as a sophomore.

If he does, and the 49ers stay even close to as stout as they were a season ago, Bosa has a tremendous opportunity to take home the hardware. Markets are well aware. He’s the second leading favorite on the board at 9/1.

JJ Watt won three DPOY awards from 2012 to 2015. He’s suffered season-ending injuries in three of the last four seasons since.

A torn pectoral ended Watt’s season abruptly in 2019 after he put up four sacks in eight games. He’s 11/1 to win the award in 2020, which would be a great story but one that certainly feels overpriced in the marketplace, no doubt because of his name and past success.

He does have a younger brother in Pittsburgh who is fast on the rise and even with his older brother in the markets.

TJ Watt has 27.5 sacks over his last two seasons. He forced a league-leading eight fumbles in 2019, recovered four, and intercepted two passes as a do-it-all linebacker for a Steelers defense that looked formidable for much of the season after a poor start.

A win for TJ would make the Watts the first sibling combination to win the award.

Khalil Mack, the winner before Donald’s back-to-back run is the only other name ahead of last year’s winner Gilmore on the board at Betonline.

Bosa is a dog. He was expected to be good the moment he stepped onto an NFL field but his dominant rookie season may have taken some by surprise in 2019. He will shine for a dominant defense this season and there will be no surprise about it.

What do you think of our 2020 NFL Defensive Player of the Year Betting Odds prediction? Comments are welcome below.