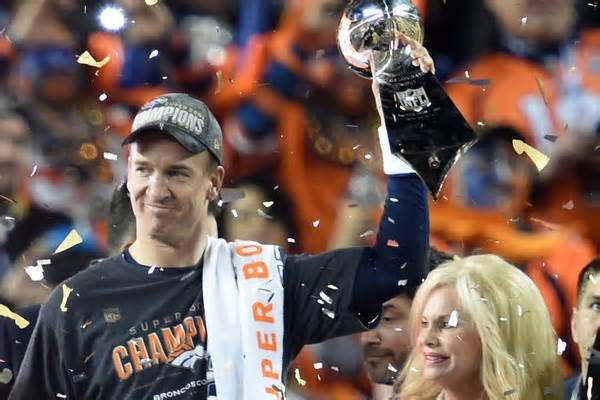 I know, I know how can we be discussing Super Bowl 51 futures already? The luster hasn’t even worn off the events of Super Bowl 50 and already we are talking about who is going to win it all next year? It’s true; Bovada has released all of the odds for us to ponder. Who knows, there may be some good value even before we hit training camps!

There is some discrepancy among sportsbooks as to who is the favorite next year – some have Carolina capturing the Lombardi next year – rightfully so.

There will be retirements, free agent signings, impactful draft choices and some inevitable injuries that will shape the landscape of next year’s NFL but as of now, this is how Vegas sees things going down.

So who are the faves? Let’s break it all down and maybe identify some value for you further down the list.

The Pats on paper seem to still be the class of the AFC despite the Broncos winning it all this year. New England faced more of its share of adversity this past year – if they can remain healthy the sky is the limit for this team.

The combination of Brady/Belichick simply cannot be under-estimated.

Their ability to rise up and their experience on the biggest stages have me and others loving the Patriots to win it all again in 2017.

You have to like the Seahawks to have a big bounce back in 2016-2017. On paper this is still one of the top teams top to bottom in the game today. Seattle needs a better start to the season which I think will come and if they can get a home playoff date or two – they will be a factor.

Seattle was a scary team late in 2015-2016 – next year with a more stable running back situation (assuming that Marshawn Lynch retires) and some extra cap space to play around with, the Hawks will plug some holes and be heard from again.

I like them to win the NFC and to set up a Super Bowl rematch with the Patriots in Houston February 5.

The Steelers were beat up by injuries last season and still ended up with the 4th best offense in the game. Assuming that LeVeon Bell and Ben Roethlisberger can remain healthy all year, the Steelers look unstoppable on offense.

The old adage “defense wins championships” is one that I believe in but the ability to score 30+ points per game against anyone is awfully tough to ignore.

I don’t have much faith in the Packers!

With the return of Kelvin Benjamin from injury and the return of many of their stud defenders, Carolina will run away with the NFC South next year. Once in the playoffs, their experience from this past year cannot be underestimated.

The problem is that Carolina won’t sneak up on anyone next year – they will be the hunted. I am not sure this team can go on the road and win in the playoffs – something they may have to do. Carolina is still a top contender – just not my favorite to win it all next year.

Really? The Boys are favored over the Cardinals, the Colts and the Bengals?

It’s hard to believe that you can get the Broncos at the same price as the Cowboys. Denver isn’t even in the top five favorites despite having a defense that beat the Steelers, the Patriots and the Panthers in the playoffs.

Sure Brock Osweiler will likely be the starting QB – but did Peyton win the Broncos any of those games?

Denver’s defense will remain largely intact next season – scary. Do I like the Broncos to remain a top tier team next year? Yes. Do I think another Cinderella run is probable? No – there are better teams out there for sure.

No love for the Cardinals. One year older and still searching.

Andrew Luck will be back but as long as the Colts defense is what it is there is not a lot of hope for this team against the NFL’s elite.

Here is some value! If you can get by Andy Dalton’s “issues” on the biggest stages, the Bengals are certainly intriguing at +2200. If Dalton were healthy this year, Cincinnati may have walked away with an AFC crown – seriously!

With some added motivation, with the inevitable moving on from some of the thuggery that characterized this team and with a solid top-to-bottom roster we can expect Cincinnati to challenge in 2016-2017.

The question for me is how does losing Doug Pederson effect this team?

I like the Vikings to beat out the Packers in the NFC North this year which makes Minnesota as perhaps the best value on the board. Teddy Bridgewater will be better next season, Adrian Peterson will be back and ready to terrorize and the Vikings defense should be among the league’s best again.

There isn’t a whole lot NOT to like in Minnesota next year – unless Blair Walsh is still with the team!