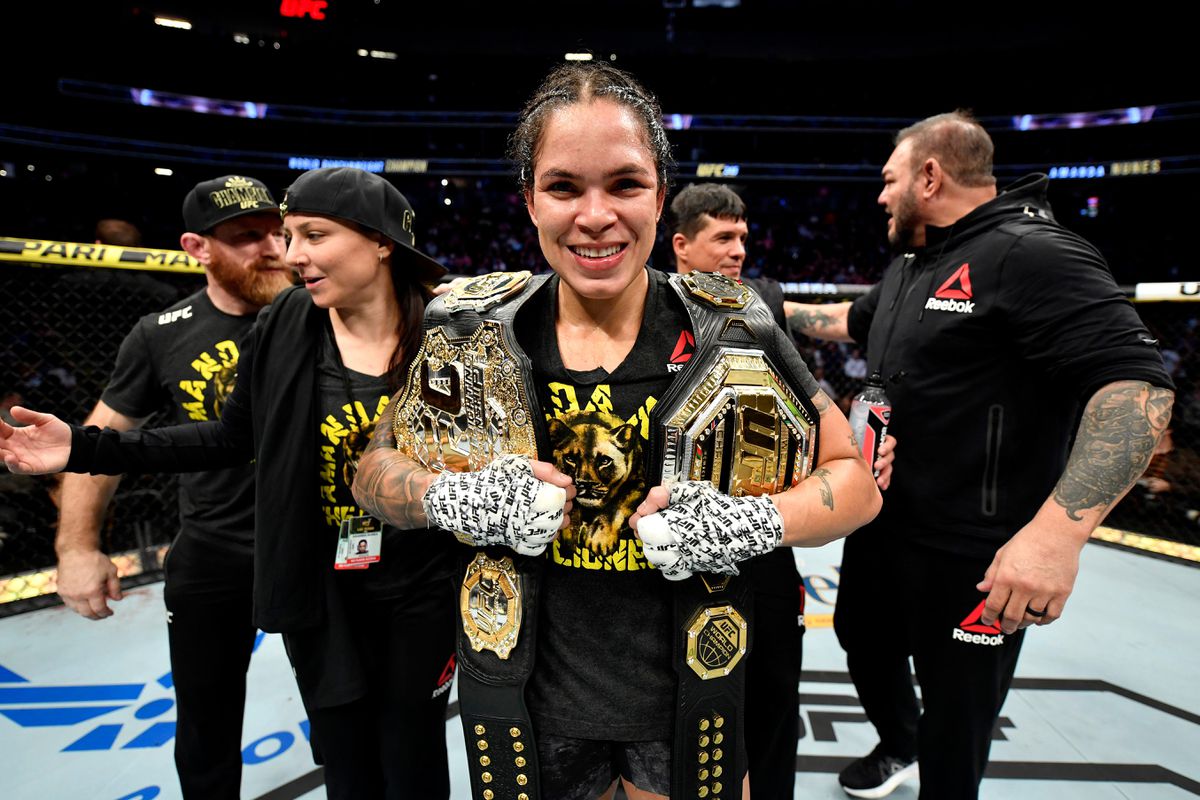 Ready for UFC 250 picks and betting odds & predictions? This UFC card will take place on a Saturday, June 6th with a championship headliner between elite talent Amanda Nunes and newcomer Felicia Spencer. In what many deem an underwhelming headliner, Nunes and Spencer will aim to prove the doubters wrong. Russian ping pong and Korean baseball may be getting the best of us all, but that is no reason to shrug the shoulders come Saturday. Lets rock and double our net worth.

Free UFC 250 Picks – To be completely honest, there is not much to write about this one. Amanda Nunes has been undeniably dominant since entering the UFC, which explains the absurdly high lines. Her latest bout against GDR was her most competitive since earning double champion status against Cris Cyborg in late 2018. “Competitive” should be used loosely, as it was still a dominant performance from start to finish.

Felicia Spencer is somewhat of a wild card. She lost to Cris Cyborg, but took more damage than most UFC fighters could endure. Her latest bout was an impressive submission win at UFC Norfolk in February.

As for this fight, Nunes has the upper hand in just about every facet of the fight game. Although Spencer has an impressive chin and an above average ground game, she should be no match for Nunes. She won’t enjoy the success in the clinch she is accustomed to and Nunes should win and win decisively.

Free UFC 250 Picks – A bout that has been booked and cancelled, Assuncao and Garbrandt will finally share a dance in the co-main event slot of UFC 250.

Assuncao lost his last fight against Cory Sandhagen and did not look great doing it. Garbrant has lost each and every one of his fights since gaining notoriety and UFC gold.

It is hard to judge this fight. Garbrandt has potential to win and shine in a co-main event slot, but as a favorite, it is hard to bet on him. I just can’t back the favorite here that is, in my opinion, the less talented fighter.

In a fight that many believe should be for the vacant 135 pound belt, Sterling and Sandhagen seem like the odd men out while Petr Yan will get his in due time. Sterling hasn’t fought since beating Pedro Munhoz and did so in ultimate fashion. Sandhagen won his last fight against Assuncao.

Both fighters are long and have an in depth arsenal of weapons. Sterling is the more experienced fighter, but I would favor Sandhagen with his irregular ground game and clinches.

I will take Sandhagen here, but would not be mad at Sterling bettors. On paper, this is as even as it gets.

Free UFC 250 Picks -Neil Magny and Anthony Martin have both had time off after a few inconsistent performances. Magny seems like an easy pick here as the longer fighter, but a wise man once told me to fade the public. Anthony Martin puts on a wrestling clinic here and pulls out a victory. Lets take a dog here.

This is such a square pick as Wineland is far more experienced, but give me O’Malley and don’t make me regret it.

Check out our Updated UFC 250 Odds.