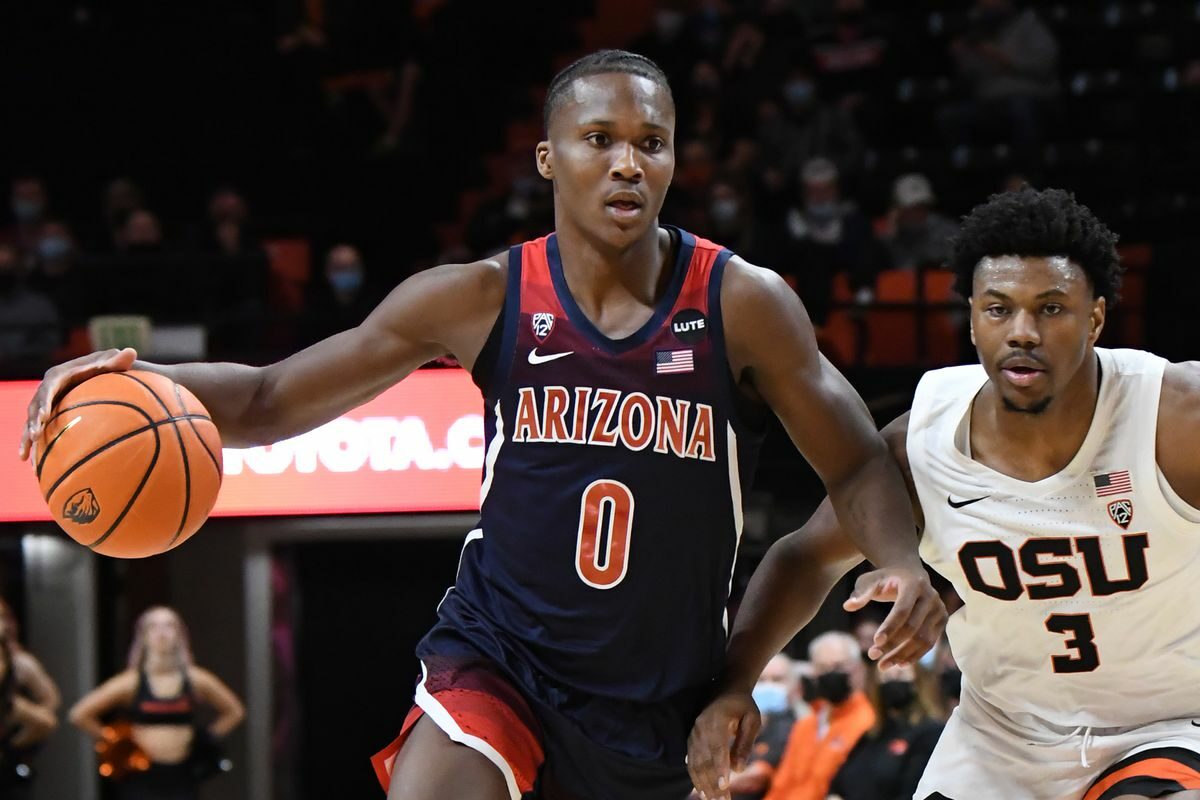 The Arizona Wildcats get set to take on Washington State Cougars with an overall record of 20-2. Team-Rankings.com power rankings place Wildcats as the 2th best team in college basketball.

In their last game, Arizona defeated at Arizona St by a score of 91-79. On the season, the Arizona has performed well in their 9 road games , holding a record of 7-2-0. Through 22.0 games, the Wildcats are averaging 85.1 points per game. Giving them a rank of 3rd in college basketball. Defensively, they are the 71st ranked team, allowing 65.1 points per contest.

The Arizona Wildcats come into this game with a balanced scoring attack, as 4 players are averaging at least 10 points per game. So far, 60.0% of the team’s points have come from these 4 players. The leader of this group is Bennedict Mathurin, averaging 16.5 points per game. On the season, 45.0% of his points have come from inside the arc, where he is shooting 54.0%.

The Wildcats’s second leading scorer is Azuolas Tubelis adding 14.6 points per game. Thus far, he has a field goal percentage of 55%. Down low, Christian Koloko is the team’s top rebounder, grabbing 7.3 per game. While Kerr Kriisa leads his team in assists, dishing out 5.0 per game

The Washington State Cougars come into this game with an overall record of 14-7. According to Team-Rankings.com’s power rankings, the Cougars are the 37th best team in college basketball.

On the season, the Washington State has performed well in their 14 home games, holding a record of 9-5-0. Through 21.0 games, the Cougars are averaging 73.1 points per game. Giving them a rank of 134th in college basketball. Defensively, they are the 24th ranked team, allowing 62.2 points per contest.

Like their opponent, the Washington State Cougars features a lineup wilth several players capable of sharing the scoring load, as 3 players are averaging at least 10 points per game. So far, 44.0% of the team’s points have come from these 3 players. The leader of this group is Michael Flowers, averaging 13.7 points per game. On the season, he has shown a willingness to shoot the ball from long range, as 39.0% of his shots come from downtown. So far, he has connected on 40.0% of these attempts.

Flowers also serves as the units best distributor, dishing out 3.1 assists per game. The Cougars’s second leading scorer is Tyrell Roberts adding 11.1 points per game. Thus far, he has a field goal percentage of 35.0%. Down low, Efe Abogidi is the team’s top rebounder, grabbing 5.8 per game.

Heading into this game, Arina have an average scoring margin of +20, in large part to having one of the most efficient offenses in college basketball. So far, the Wildcats are hitting 57% of their two-point field goal attempts, 9th best in the NCAA.

Even though Washington State has played well defensively, they have shown the tendency to put their opponents on the free-throw line. I expect Arizona to take advantage of this weakness, as their average of 22 attempts per game, places them 13th in college basketball.

Look for the Wildcats to pick up a big win on the road and to cover the spread.

If you’re looking for more College basketball picks like this Arizona Wildcats vs. Washington State Cougars matchup we’ll be providing 4* free college basketball predictions on the blog all season long, and check out our Experts for guaranteed premium & free NCAAB Hoops picks!