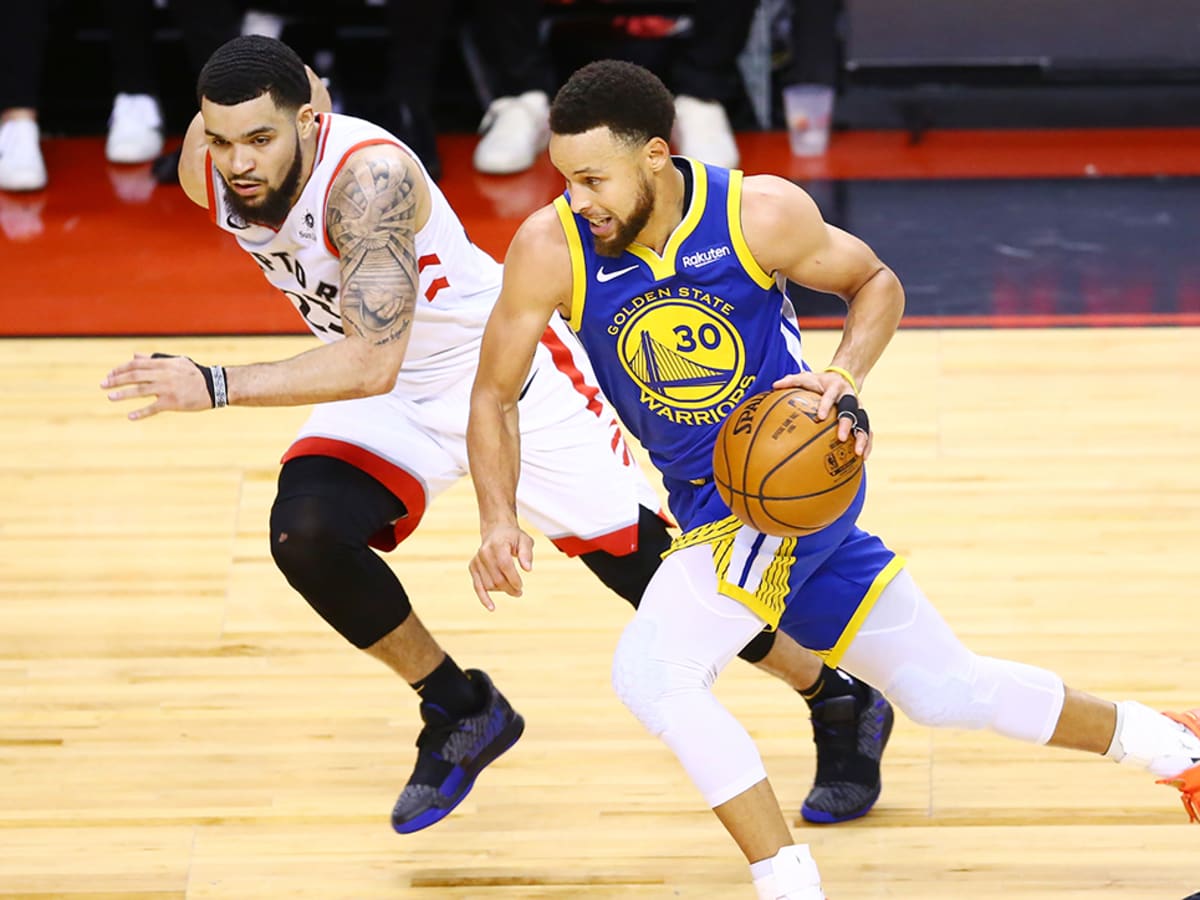 Both squads played the second game of a back-to-back set on Friday with the Raptors beating the Kings and Warriors defeating the Pistons.

Last season, the teams played twice and split the contests each winning at home. The Warriors have won 29 of the 48 matches played between the clubs all-time.

The last two games for the Raptors offered their worst and best efforts. Against the Jazz, it seemed like they were standing still letting Utah do what they wanted but against the Kings who’ve average 110.7 points (4th in the league), they held them to 89 points.

Pascal Siakam could be pinpointed as the main player in both contests that stood out as he scored a measly four points on 2-14 in Utah and got roasted on Twitter but against the Kings, he scored 32 on 10 of 12 adding eight rebounds, two blocks, and an assist

He also took an elbow to the head which required three stitches.

After three consecutive games of allowing teams to shoot over 50 percent (Pistons: 54.4%, Blazers: 56.1%, Jazz: 55%) the Raptors defense looked more like a Nurse-coached unit as they held the Kings to 38.1 percent from the field and 24.3 percent from deep.

Chris Boucher registered a double-double of 10 points and 12 rebounds. Gary Trent Jr. (23), Fred VanVleet (13), and Khem Birch (10) were the other double-figure scorers.

Rookie Scottie Barnes’ thumb seemed to be bothering him throughout the match and it showed in his shot (1 of 8) but he offered contributions everywhere else with seven rebounds, six assists, a steal, and a block.

Yuta Watanabe (calf) is questionable while OG Anunoby (hip) is out indefinitely.

Stephen Curry was listed as questionable with a sore hip in the match versus the Cavaliers but played. A night later the Warriors elected to rest him and were also missing Draymond Green (bruised thigh), Andre Iguodala (knee), and Otto Porter Jr. (foot).

In their absences, Jordan Poole and Andrew Wiggins led the charge for the Warriors. Poole scored 32 on 13 of 22 and hit four of eight 3-pointers while Wiggins offered 27 points and five rebounds.

The Warriors built a 16 point lead they almost coughed up but held on with the Pistons missing two opportunities to tie the game on the closing possession.

Curry and Green were upgraded to probable for Sunday. Porter is questionable while Iguodala is downgraded to out.

Both clubs are playing their third game in four nights although the Warriors have much more depth plus if Curry and Green play they’ll have the advantage of the extra rest from sitting out Friday.

The big question is which Raptors team will show up – the one that looks like the best defense in the league getting out scoring in transition and causing all kinds of turnovers or the squad who struggles to find any offensive rhythm and lets players drive by them like they are standing still?

Ultimately, I’m still buying stock on Toronto but won’t feel as confident picking them until Anunoby and Watanabe are both healthy to give Nurse the full complement of players he needs to begin building chemistry and constancy.

Watch for Wiggins to have a big game as he always gets up to play his home squad.

If you’re looking for more NBA picks like this Toronto Raptors vs. Golden State Warriors matchup we’ll be providing 4* free NBA predictions on the blog during the entire NBA season, and check out our Experts for guaranteed premium & free NBA predictions!