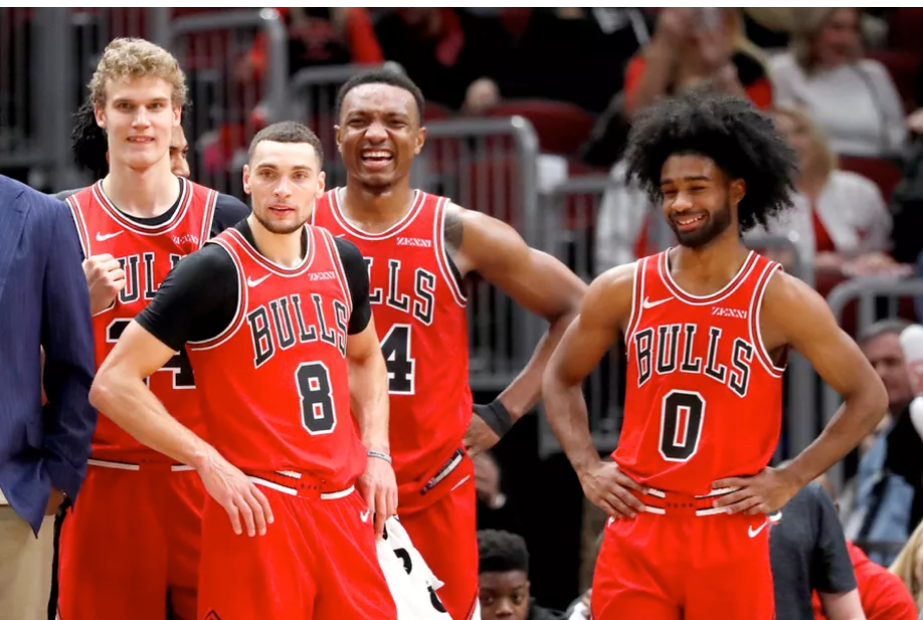 Saturday, February 22nd, the Phoenix Suns face the Chicago Bulls in the clubs first meeting of the season.

Last season, the teams played twice with the Bulls winning both matches. The Bulls hold the all-time record having bested the Suns in 71 of their 139 matches

The Suns will enter on the backside of consecutive games after playing in Toronto on Friday in their first game back from the break.

Phoenix last played the Wednesday before the break beating the Warriors 112-106. With over a week off the Suns should be well rested and ready to tackle the back to back set.

In the win over the Warriors, Devin Booker led the way with 27 points prior to heading to Chicago as Damian Lillard’s replacement in the All-Star Game.

DeAndre Ayton and Dario Saric missed two and seven games respectively with ankle injuries. Aron Baynes missed the last 13 games with a sore hip. The trio is all listed as probable to play in Toronto on Friday and Chicago on Saturday.

Jared Harper missed the last two games with a wrist injury and is questionable for Friday.  Frank Kaminsky (right patella stress fracture) will be out of action until early March.

Returning from the break to play in the first set of NBA games the Bulls delivered a stinker losing 93-103 to the Charlotte Hornets.

Thaddeus Young delivered a double-double of 22 points and 11 rebounds including his team high scoring. Zach LaVine registered an all around effort with 19 points, seven assists and seven rebounds.

The list of injured players for the Bulls is lengthy with eight listed and six definitely out. Denzel Valentine (hamstring) is listed as questionable.

After missing 19 games due to a bad ankle sprain, Wendell Carter Jr. may make his return to the hardwood on Saturday. Otto Porter Jr. (foot) and Lauri Markkanen (pelvis) both remain out until early March.

Kris Dunn has a sprained MCL that will keep him off the court until early April. Luke Kornet (ankle sprain) and Chandler Hutchison (AC sprain, right shoulder) are out with no definitive timeline for return. Max Strus (torn ACL) is out for the season.

Technically both clubs are still in the mix to vie for a playoff berth although the Bulls have a better shot than the Suns.

If Carter Jr returns I like the Bulls odds especially if Ayton is out. Conversely, if only Ayton plays consider switching to the Suns. I also like the under in this game.

If you’re looking for more NBA picks like this Phoenix Suns vs. Chicago Bulls matchup we’ll be providing 4* free NBA predictions on the blog during the entire 2019/20 NBA season, and check out our Experts for guaranteed premium & free NBA predictions!