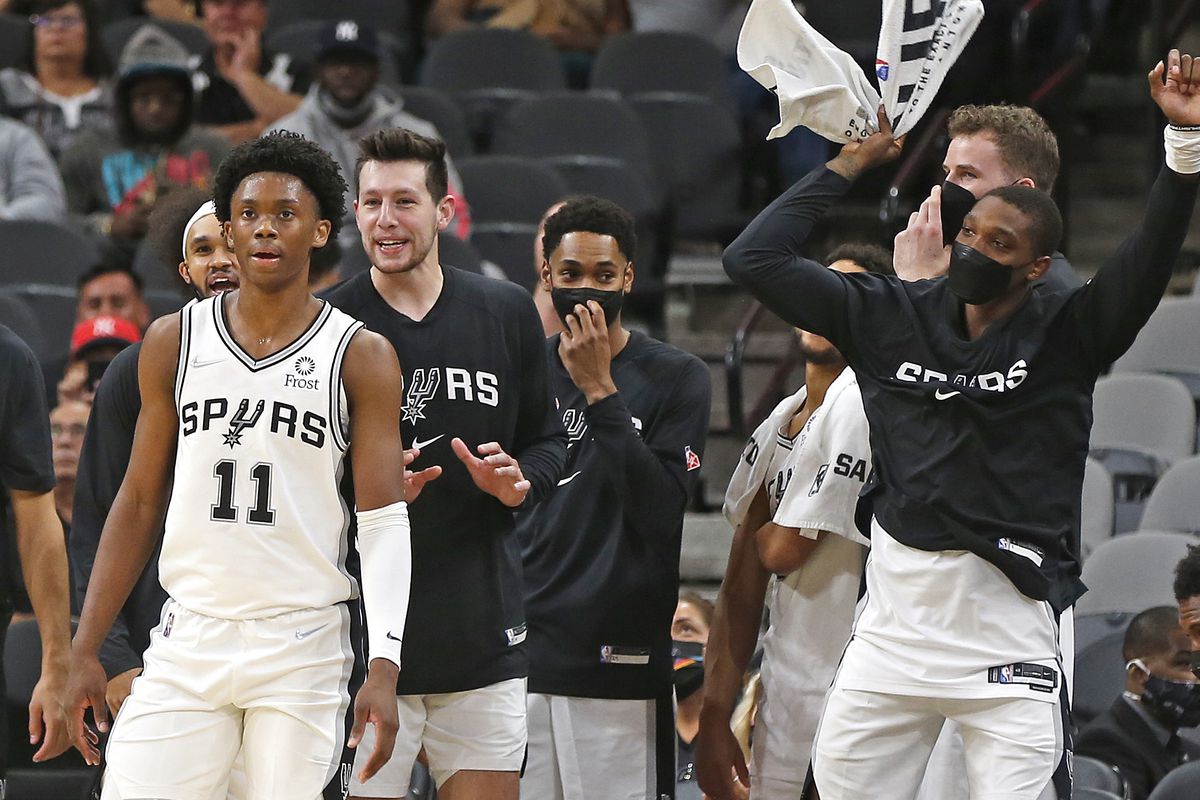 Wednesday, October 20th finds the Orlando Magic tipping off versus the San Antonio Spurs in their opening match of the 2021-22 season.

Last season, the squads played twice with the Spurs winning both contests. The Spurs hold the all-time record having bested the Magic in 46 of their 65 matches.

Change is underway with the Magic organization as they moved on from Nikola Vucevic, Aaron Gordon, and Evan Fournier last season. Those moves were followed up by a head coach change as Steve Clifford was out and Jamahl Mosley was in.

The Magic tanked the remainder of the season and were rewarded with the fifth pick and point guard (Jalen Suggs). Ironically, during the Vucevic era, Orlando struggled to find a starting-caliber point guard in the draft.

Now as the club embarks on the restructuring they have Suggs, Markelle Fultz, and Michael Carter-Williams at the point as well as Cole Anthony and Gary Harris at shooting guard. Arguably it’s the deepest they’ve been in years in the backcourt.

Veterans Robin Lopez and E’Twaun Moore were signed via free agency and the other draft pick Franz Wagner (8th) is a player many project to become a two-way talent.

Although there is plenty of youthful talent on the Orlando team they’ll need to figure out a scheme and chemistry as Fultz and Jonathan Isaac both return from serious knee injuries.

It’s also a new era in San Antonio, as the Spurs missed the playoffs for the second year in a row after participating for 22 consecutive years. As a smaller market, they rely on their ability to draft hidden gems and develop them in their highly regarded Spurs system.

While this season is more about the youth movement, it also comes with many keeping an eye on head coach Gregg Popovich who may be starting to consider his own departure.

Although there is plenty of constancy on this iteration of the Spurs it is rooted in the youth of Dejounte Murray, Derrick White, Jakob Poeltl, Devin Vassell, Lonnie Walker, and the fabulous Keldon Johnson.

Virtually all the veterans are gone with DeMar DeRozan, Rudy Gay, and Patty Mills following LaMarcus Aldridge out the door. RC Bufford went to work restructuring. The first surprise came via the 12th draft pick as the Spurs tapped 18-year old Canadian Josh Primo. He could be the next iteration of Tony Parker but will likely spend most of his time in the G-League developing.

Fresh off winning a title Bryn Forbes returns to San Antonio plus free agency also brought in Zach Collins although he’s not expected back until after Christmas healing from yet another serious injury (foot). Deals brought in Al-Farouq Aminu, Doug McDermott, and Thaddeus Young.

While this Spurs team doesn’t have any individual player most would tap as a “super” star Johnson strikes me as Kawhi-like in terms of his two-way potential.

Orlando struggled to score in the preseason unable to average 100 points (96.5) ranking 26th offensively but performed better on defense (11th) producing a record of 1-3. Meanwhile, the Spurs played to their identity (3-2) registering the 12th best offense and eighth-ranked defense.

Injuries will be a factor in this match for the Magic who’ll be without Fultz (knee), Jonathan Isaac (knee), Moore (knee), Carter-Williams (ankle), Chuma Okeke (hip). Suggs (illness) is probable to play.

I always have a tough time betting against Pops and while his young squad will likely struggle to be among the play-in group this first game should be one of the Spurs easier wins this season.