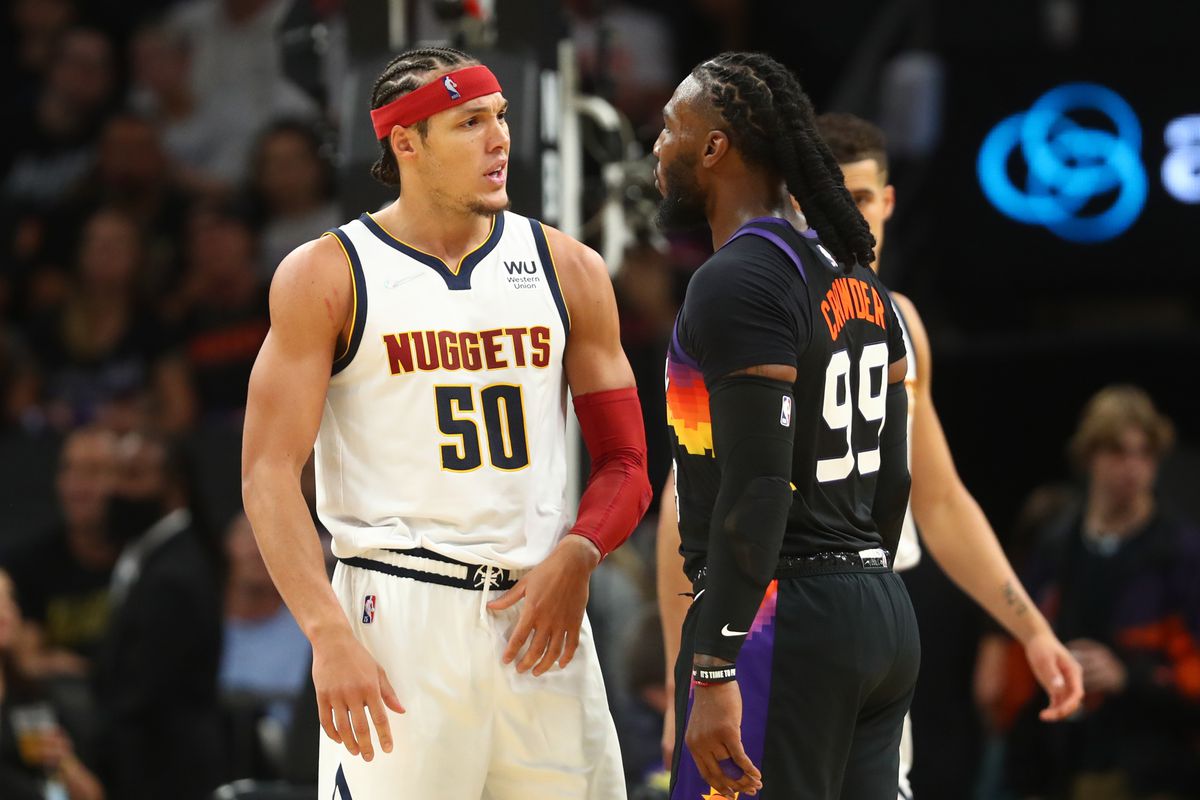 Monday, November 8th finds the Miami Heat tipping off versus the Denver Nuggets in their first meeting of the season. Both teams last played on Saturday with the Heat holding on to defeat the Jazz and the Nuggets surviving a close match to beat the Rockets.

An unusual statistic finds the clubs knotted at 34 wins apiece in their 68 all-time meetings. Last season they played twice with the Nuggets winning both contests.

A bad loss to the Celtics this week reminded the Heat they aren’t invincible. The very next game Miami defeated the team who (until Saturday) had the best record in the West and had been the most consistent — the Utah Jazz.

To wit, through three weeks of play the Heat, Warriors, and 76ers have been the most consistent teams and looking like title contenders.

In the victory Saturday, Kyle Lowry reminded why he was the best offseason addition by any team. Lowry recorded his 19th career triple-double of 20 points, 12 rebounds, and 10 assists.

Tyler Herro led the Heat in scoring with 29 points connecting on six of his eight 3-point attempts. Jimmy Butler was his typical reliable self providing 27 points, 3 rebounds, and six assists.

Max Strus (knee) was out on Saturday and is questionable for this match. Victor Oladipo (knee) remains out with no definitive timetable to return.

Michael Malone got his Nuggets to lock down defensively to start the season and through three weeks that effort has been more responsible for the victories than their offense.

Reigning MVP Nikola Jokic is clearly also a major factor but he’s not getting consistent scoring help which means the Nuggets need to lock down defensively to stay in matches.

That was the case Saturday as Jokic delivered a double-double of 28 points and 14 rebounds and his block at end game sealed the victory. Will Barton offered 15 points, seven rebounds, and six assists while Aaron Gordon hit two critical 3-point shots in clutch time.

Michael Porter Jr. had to leave the last match due to back tightness. It wouldn’t have been surprising to learn he left from embarrassment after getting out on a three on one fast break, refusing to pass to his open teammate, and missing the wide-open lay-in.

It punctuates the up and down season MPJ is having. He’s been downgraded to out Monday. Jamal Murray (ACL) and Vlatko Cancar (hip) are both out indefinitely.

The high altitude of Denver is always an advantage for the Nuggets with teams typically taking a half to adjust. However, the Heat are a team that forces their players to be below a certain body fat percentage so they might be the only older team the altitude won’t affect.

These two clubs were my preseason dark horse favorites to win their conferences although Miami looks like the more solid pick to date. The issue for Denver is outside of Jokic there isn’t another consistent scoring contributor.

Will Barton is the closest but until Jamal Murray returns Denver will need to rely on their defense.

If you’re looking for more NBA picks like this Miami Heat vs. Denver Nuggets matchup, we’ll be providing 4* free NBA predictions on the blog during the entire 2021 NBA season, and check out our Experts for guaranteed premium & free NBA picks!