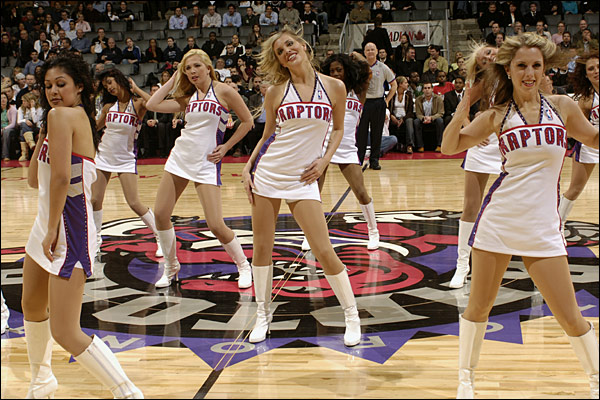 If the playoffs were to start Thursday morning these two teams would be squaring off in the first round.

Things are pretty fluid at the bottom of the Eastern Conference though so that could definitely change over the last week of the season.

What won’t change is the Raptors stranglehold on the second spot in the East.  They might catch the Cavs but they are not dropping down.

With just a few games left the Pacers need just one win by my calculations to clinch their 2015 playoff berth. Jockeying between them and Detroit may go on until the final buzzer for the rights to play Cleveland or Toronto.

Indiana might not care though given they just whacked the Cavs at home, scoring 123 points in the victory. They have won three in a row heading into this one.

Even though they are at the bottom of the playoff pool one of the things that sets the Pacers apart is that they have an elite player in Paul George.

He scored 29 against the Cavs and averages 23 and 7 while being second on the team in assists. He can take over any game.

As the season has progressed the Pacers have been getting more and more out of rookie Myles Turner. He still has a way to go but he has proven to be an effective scorer and glass man.

Indiana will look to even the season series at 2 in this one and show Toronto what they might expect in the playoffs.

It might not be common knowledge but the Raptors are enjoying their best regular season ever. They have clinched the Atlantic for the third year in a row and have never had this many regular season wins.

They will be in Atlanta on Thursday night but I am sure the Pacers, as a potential first round playoff opponent,  have their attention. The true measure of their success this year will be whether they can get out of the first round of the playoffs.

When you are talking about the Raptors it begins and ends with their backcourt of Kyle Lowry and DeMar DeRozan. They are the best duo in the East and compliment each other well.

Both can take over games and DeRozan is especially underrated in my mind. He is the best mid-range player in the NBA.

As part of their record setting season the Raptors have been superb at home. 30-9 SU and 21-18 ATS.

I am interested to see what the Raps do about their game in Atlanta on Thursday. Seems natural that they might rest a few guys for this one.

When you are getting this late in the season it can be tough to handicap matchups where rest and other factors are in play. I think that is not likely to be too much of a factor here.

4* Free NBA Betting Pick: There’s no line yet. Check back later for a free ATS or O/U pick.

Look for both teams to really get after it.

If you’re looking for more picks like this Indiana Pacers vs. Toronto Raptors matchup we’ll be providing 4* free NBA predictions on the blog all season long, and check out our Experts for guaranteed premium & free NBA Hoops picks!