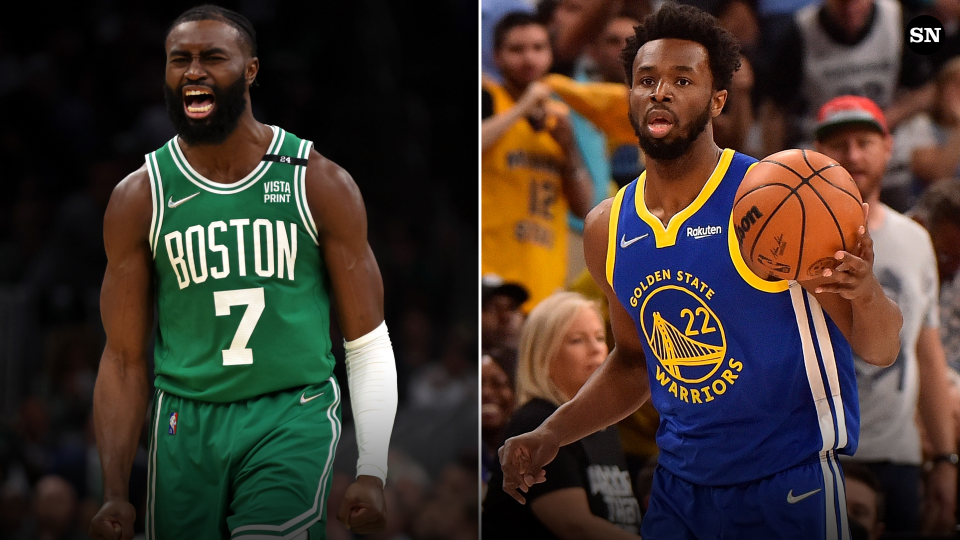 The NBA Finals continue at the TD Garden of the Boston Celtics as they play host to the Golden State Warriors in Game 4 on Friday, June 10th. The Celtics took the series lead via another strong fourth quarter and dominant defensive effort in Game 3.

Perhaps because the Celtics drew first blood in the series and again took the lead on Wednesday the narrative seems to constantly revert to the Warriors being in trouble.

In fairness, they’ve had lapses defensively and are legitimately a smaller squad with less athleticism. That said, the Dubs were still the second-best defensive team in the regular season and have more offensive finesse which they showed in Game 2.

Yet, as they enter Game 4 there are big questions that need to be answered and tweaks to be made. First and foremost is the health of Stephen Curry who avoided serious injury twice on Wednesday in incidents courtesy of Al Horford.

An unheard-of seven-point play resulted after Horford was called for a flagrant (not allowing Curry space to land on a 3-pointer). The extra four points came via the flagrant free throw and a subsequent 3-pointer by Otto Porter because they retained possession.

In the final frame, a more concerning incident happened as Horford fell on top of Curry’s foot/leg in a scramble for a loose ball. It was the same foot Marcus Smart fell on that sidelined Curry for the last 12 matches of the regular season.

The Warriors sniper led scoring again with 31 points and while he says he’ll play Friday his mobility will undoubtedly be something everyone is watching.

Klay Thompson broke through with 25 points shooting a more efficient 7 of 17 hitting five 3-pointers. Andrew Wiggins (18) and Jordan Poole (10) were the other double-figure contributors.

Draymond Green was booed from the moment he hit the court for warmup and the Celtics faithful were relentless with NSFW chants throughout the match. The enigmatic big man said it didn’t affect him but it was arguably his worst performance this postseason.

There is a strong argument to be made for Jaylen Brown to be the MVP if the Celtics are the team who ends up hoisting the Larry O’Brien trophy. Once again, it was Brown who got his team off to a hot start scoring 17 points in the opening quarter.

Marcus Smart had a strong Game 3 effort with 24 points, seven rebounds, and five assists. Yet, the player who arguably was the most impactful was Robert Williams III who is playing through knee soreness.

The Celt’s big man registered eight points, 10 rebounds, three steals, and four blocks but his defensive impact was the true x-factor similar to how he performed in Game 1.

Whereas in Game 2, he was limping through the match and the Warriors took advantage driving the paint and scoring at the rim. He’s expected to play Friday but is listed as questionable and notably this is the only game in the series occurring on just one day’s rest.

The officials have factored and while there haven’t been egregious game-costing calls the whistle bias has alternated with one team being afforded more defensive leeway from the tip.

Wednesday the standard was set in the first few minutes (10:30 – 1st Q) Smart used his arm and elbow to push Curry during a shot (uncalled), then (9:22) Brown used his arm to push Curry and clear space, ever so slightly with Steph picking up the foul.

In truth, neither warranted calls, but if anything the Celts could’ve been called for both. Looking back to Game 2, it was a similar situation where Brown was called for a negligible touch foul on Payton while Green was bulldozing his way through players without penalty.

Both teams are elite so something as minor as Curry or Tatum picking up two early fouls impacts the game because they can’t be as aggressive. I think the NBA wants the series to go the distance and subsequently expect the Dubs to get that whistle benefit in Game 4.

The onus will be on Golden State to make adjustments with an eye to being more aggressive, particularly on defense.

Wednesday was their worst performance on the glass (31-47) and scoring in the paint (26-52) which helped Boston get easy second-chance scoring efforts.

Golden State has owned the third while Boston has dominated the final frame so it’s essential the Dubs try to start and finish strong. It’s a must-win for the Warriors who can’t afford to fall behind 1-3 in the series.

Like the Celtics, the Dubs haven’t lost consecutive games in the playoffs and have collected at least one road win in 26 consecutive postseason series.

Barring Curry’s foot being in worse shape than he’s letting on, I’m betting they’ll make it 27 series in a row with a win Friday.