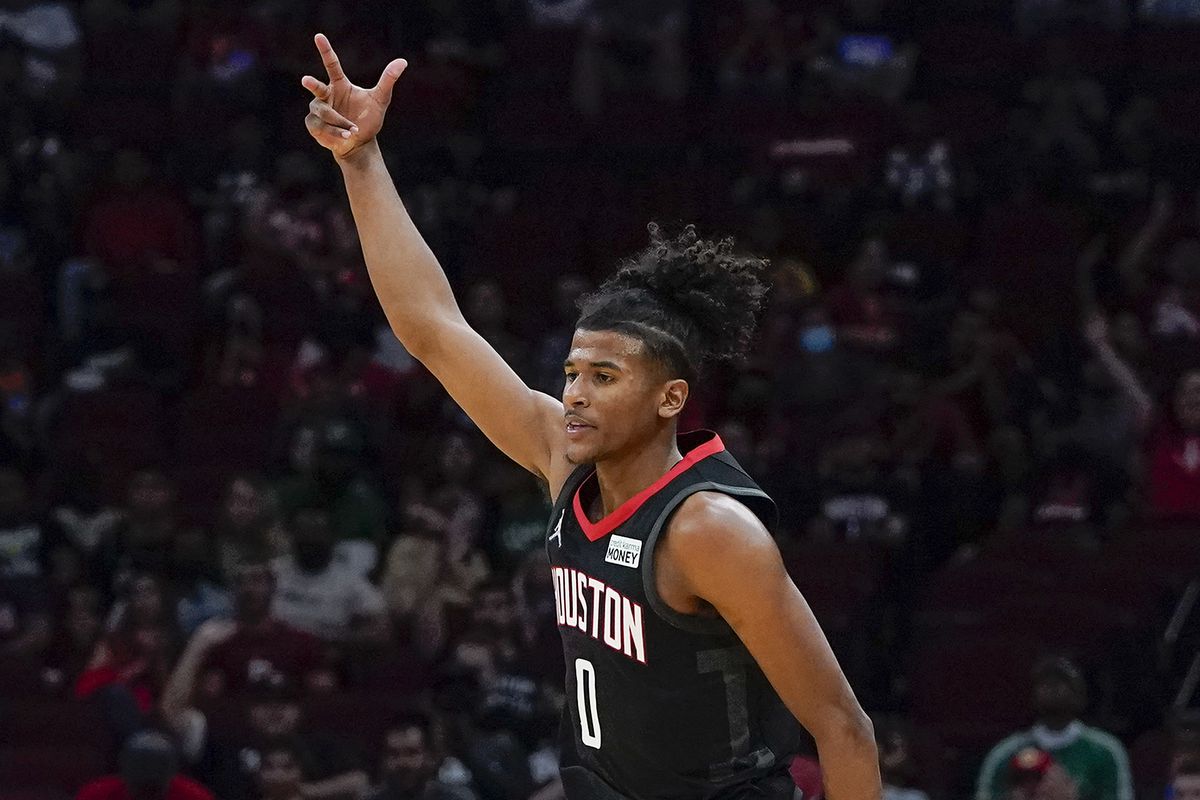 Wednesday, November 10th finds the Detroit Pistons facing the Houston Rockets in their first of two meetings this season. This match offers the first opportunity for the top two draft picks from this summer (Cade Cunningham and Jalen Green) to face each other in the pros.

The Pistons have had an unusually long break not playing since Friday when they lost to the Nets and begin their three-game road trip in Houston. Meanwhile, the Rockets played back-to-back Saturday-Sunday losing to the Nuggets and Warriors.

Last season, the squads played twice with each winning one contest. The Pistons hold the all-time record having bested the Rockets 74 of their 143 matches.

Cade Cunningham had to sit on the sidelines watching as Scottie Barnes and Evan Mobley set the hardwood on fire. The ankle sprain caused him to miss the first four matches of the season (and five of six).

Now he’s playing catchup trying to find his rhythm and chemistry with a team he’s been earmarked to lead. In four games he’s averaging 10.8 points, 5.8 rebounds, and 2.8 assists. His efficiency is still a work in progress as he’s shooting 23.2% from the field and 14.3% from deep.

There is work to be done on both sides of the Pistons court although the offense ranks as the worst in the association. By quarter the Pistons rank 28th (first), 29th (both second and third quarters), and a slightly better 23rd in the final frame.

In the postgame presser following the close loss to Denver, Wood noted he should’ve been more involved in the offense (he took 11 shots). He followed that up by seemingly pouting for the entire first half versus the Warriors refusing to shoot even on wide-open looks.

That led to speculation that Christian Wood’s comments may mean he would prefer to be traded. That’s not a great sign for a young player who already had issues with his former Pistons club tied to his salary desires.

It seemed odd the Pistons wouldn’t want to retain a player with his obvious skillset but he wanted more money than Troy Weaver was willing to pay which led to the sign and trade with Houston.

His angst is partially understandable given the obvious your turn – my turn penchant of Kevin Porter Jr. and rookie Jalen Green but this club is young and developing so they need time to mesh, build chemistry and form an identity.

The more compelling Rockets’ rookie (in my humble opinion) has been Alperen Sengun who is averaging 9.1 points, 4.4 rebounds, 2.4 assists, 1.7 steals while shooting 41.7% from deep.

With a combined two wins in 17 matches this is a bit of a coin toss but I’m leaning to Cunningham showing Green why he was selected ahead of him by the Pistons.