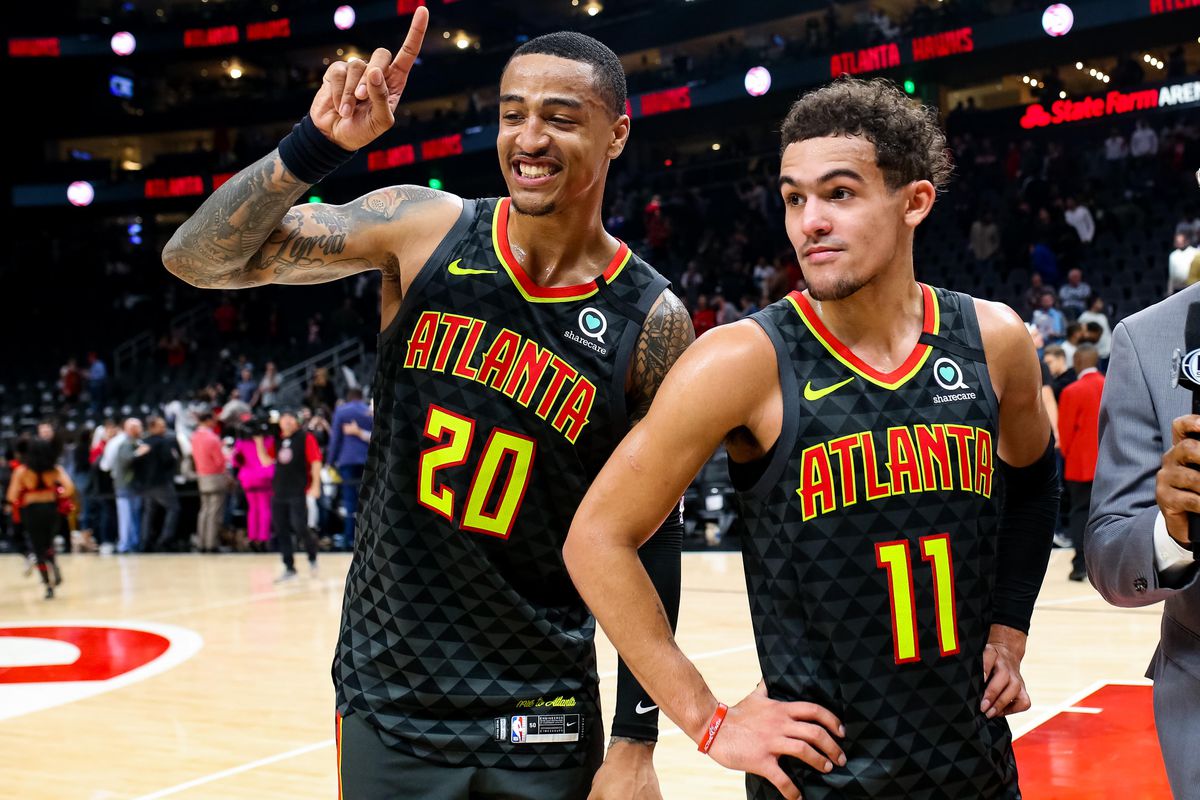 Thursday, October 21st finds the Dallas Mavericks tipping off against the Atlanta Hawks for their season opener. These teams are intrinsically linked going back to the 2018 draft when they swapped draft picks. That lead to Luka Doncic landing in Dallas and Trae Young going to Atlanta.

Both players have lived up to expectations and each signed their rookie max deals this offseason. While Doncic has been more successful individually, Young has experienced greater team success with the Hawks reaching the Eastern Conference Finals this past year.

The Hawks hold the all-time record between the squads with 44 victories in 80 meetings. Last season these clubs played twice with the Mavericks taking both contests.

The past two seasons Dallas reached the postseason but wasn’t able to get out of the first round falling to the Clippers on both occasions. Doncic was spectacular but couldn’t carry the Mavs all on his own.

Moving into the offseason changes were needed but the surprising first moves occurred in management. Donnie Nelson (President of Basketball Operations) and Head Coach Rick Carlisle were out and replaced by Nico Harrison and former Mavericks player Jason Kidd.

It’s not often a coach with an MVP-level player walks so the Carlisle decision to leave is curious. Some thought he was posturing to land the Bucks job (assuming Mike Budenholzer would be fired if Milwaukee failed to win the title).  When the Bucks won, Carlisle accepted the Pacers’ job.

As for roster changes, the Mavs had hoped to lure Kyle Lowry but settled for playmaker Frank Ntilikina. Sharpshooters Reggie Bullock and Sterling Brown were signed in free agency. As for the existing roster, the key moves included trading Josh Richardson and re-signing Tim Hardaway Jr.

Ultimately, the key to this season and the future will be Kidd’s ability to fix the Kristaps Porzingis puzzle. Rumor has it the unicorn and Doncic don’t get along but Kidd’s bigger issue will be finding a way for Porzingis to factor on both sides of the court.

Something else to monitor is what happens with Goran Dragic in Toronto. Doncic and Dragic are Slovenian teammates and friends. Masai Ujiri will want something in return so keep an eye on that situation as the trade deadline approaches depending on where the teams are in the standings.

In direct contrast to the Mavericks, the Hawks had great success in the postseason reaching the conference finals. Once Nate McMillan took over as the head coach everything seemed to fall Atlanta’s way.

Arguably the key was convincing star Trae Young to trust his teammates more. Although his actual field goal attempts and assists stats are only slightly changed the record tells the story. Under Lloyd Pierce, the Hawks were 14 and 20, and with McMillan at the helm, the team registered a 27-11 record.

Atlanta possesses one of the deepest rosters in the association and had more issues keeping everyone healthy than they did getting players to perform.

After investing so much money last offseason in free agents like Bogdan Bogdanovic, Danilo Gallinari plus trading for Clint Capella the issue moving forward will be retaining and affording the younger players on the roster as their contracts come due for negotiations.

As such, the moves this offseason were minor tweaks. Atlanta extended John Collins who proved himself in the playoffs, traded for Delon Wright plus signed free agents Gorgui Dieng and Timothe Luwawu-Cabarrot.

With Cam Reddish and De’Andre Hunter back healthy it means McMillan’s biggest issues may be finding enough minutes and touches to keep everyone happy on his roster.

Although Doncic’s Mavs hold the 4-2 advantage over his draft counterpart Young it’s likely he’d trade places to reach a conference finals. The jury is out on how well Kidd will be able to get the Mavericks to defend or incorporate Porzingis although they were 4-0 in preseason play.

It’s a tale of opposites with the Hawks perhaps the deepest and most versatile roster in the NBA and the Mavs with an MVP-caliber star but an ill-fitting counterpart and lack of depth.

Atlanta will be pumped to get the season started and Doncic will be amped to spoil the party – should make for an entertaining competitive match.