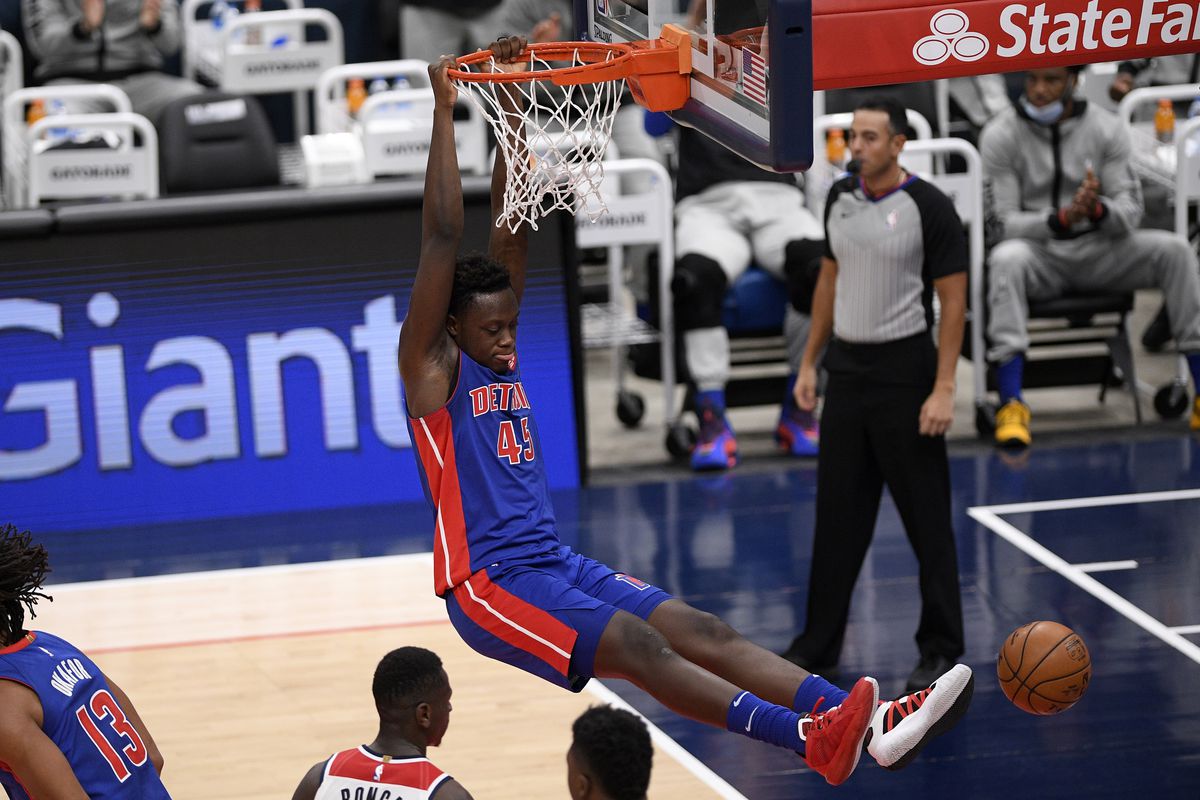 Friday, February 11th, finds the Charlotte Hornets facing the Detroit Pistons for the second of three scheduled games this season. The Hornets won 140-111 in the initial match on January 5th. The final match will occur on February 27th in Charlotte.

Detroit is playing a back-to-back set having been pummeled 107-132 by the Grizzlies on the front side Thursday while the Hornets last played Wednesday losing 109-121 to the Bulls.

Last season, the teams played three times with the Hornets sweeping the series. The Hornets hold the all-time record having bested the Pistons in 61 times of their 119 regular-season matches.

The losing streak hit six games with the loss to the Bulls on Wednesday. Following the game head coach James Borrego was asked about the sudden shooting woes of the Hornets.

While the coach touched on keeping his team fresh physically and mentally his answer could just as easily have cited the age of the team. Most of the players are young and this time of year finds many minds drifting to their upcoming All-Star break vacation.

Sure there are other young teams like the Grizzlies and Raptors who are excelling at the moment but a dive into those clubs versus the Hornets also highlights a pointed difference – – they both have good habits and defend.

Conversely, the Hornets take defensive possessions off and repeat bad habits like allowing teams to jump on them in the first quarter forcing them to battle the entire game to get back in the match.

While Charlotte is one of the most entertaining offensive teams they are equally frustrating on the defensive end. Gordon Hayward doesn’t get much shine but his veteran presence makes a difference.

In the last 10 games, Charlotte has lost eight and Hayward was out in seven and played only 6:25 versus Toronto.  The other clear problem is the need for a rim protector which they addressed at the deadline by adding Montrezl Harrell for Vernon Carey and Ish Smith.

James Bouknight (wrist) was upgraded to probable while Jalen McDaniels (ankle) and Cody Martin was downgraded to out Friday. Gordon Hayward (ankle) is out indefinitely.

The Pistons were one of the more active teams at the deadline considering it wasn’t as busy as most projected. While everyone assumed the big move would be Jerami Grant exiting town he remains a Piston.

Instead, the Pistons have added another big man — Marvin Bagley III to the mix. His fit will be interesting given Dwane Casey’s focus on defense on Bagley’s weakness in that area.

As part of this four-team trade Trey Lyles and Josh Jackson head to Sacramento. Also included in this deal were two future second-round picks which will be conveyed to Milwaukee.

Killian Hayes (tibia) is probable and Cade Cunningham (hip) was downgraded to out Friday. Isaiah Livers (foot) is out indefinitely.

I’m not sure Montrezl Harrell will address the issues the Hornets need to resolve of rim protection and the ability to defend other big men. In the playoffs, Harrell’s former teams were forced to bench him as opposing bigs feasted on him.

He’ll add energy for sure – but will he push Charlotte over the top? I don’t think so.

That said, the Hornets are due for a win and will be delighted the Pistons are their opponent. Not only are they playing on consecutive nights but Charlotte has a 14-game win streak versus Detroit dating back to October 18th, 2017.

If you’re looking for more NBA picks like this Charlotte Hornets vs. Detroit Pistons matchup we’ll be providing 4* free NBA predictions on the blog during the entire NBA season, and check out our Experts for guaranteed premium & free NBA predictions!