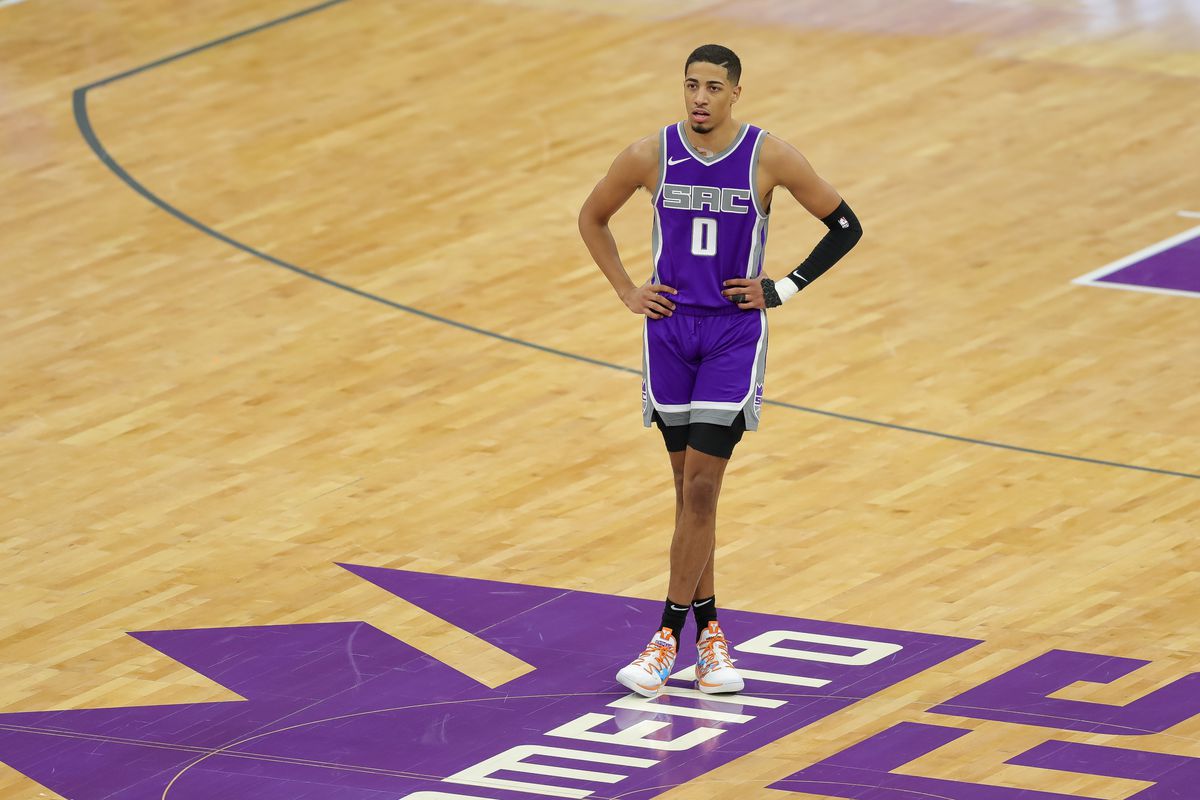 Wednesday, February 2nd, finds the Brooklyn Nets and Sacramento Kings playing for the first time and will complete the season series in Brooklyn on February 14th.

The Nets are playing the second game of a back-to-back set having lost 111-121 to the Suns on Tuesday while the Kings lost 96-116 to the Knicks on Monday.

Last season, the squads played twice with the Nets winning both contests. The Kings hold the all-time record having bested the Nets in 49 of their 93 matches.

Like many teams, the Nets are dealing with injuries to their core but got back James Harden on Tuesday. He’s been dealing with hamstring issues and more recently a hand injury but returned to the court Tuesday after missing the previous two matches..

It sure looked like the extra rest did the bearded man some good as he registered a double-double of 21 points and 10 assists. Granted he also looked a bit rusty shooting 6 of 19 to collect those points.

Kyrie Irving was also on hand and led the scoring for Brooklyn with 27 while Blake Griffin played a vital reserve role registering 17 points and six rebounds. Kessler Edwards chipped in 13 points as the only other double-figure contributor for Brooklyn.

Without Durant, they’ve maintained the offense likely ranking sixth (115.0) but have free fallen to 28th defensively (118.3) and their net differential also shifted to a negative (minus -3.3).

The loss marked the fifth in a row by Brooklyn who arrive in Sacramento in the middle of their five-game road trip.

After 15 missed postseasons the Kings were hoping this year to change that dynamic. But with 52 games in the book, the Kings are mired in the basement with the 13th seed.

They are 3.5 games behind the 10th seed with the 29th ranked defense (114.2) in the association. De’Aaron Fox looks like he’d like to be anywhere but in Sacramento and interim head coach, Alvin Gentry has already called out his team’s lack of effort on numerous occasions.

It’s a virtual guarantee if only one team is active at the trade deadline it will be Sacramento. On the plus side, they have copious trade assets that many teams looking to add one more piece to their roster would be interested in.

You can bet the Lakers are bemoaning not sticking with Buddy Hield this past offseason but there is also Harrison Barnes and Fox who could make a difference on an elite team.

Keep your eyes on this squad as they’re also the most likely to pull a trade before February 10th.

Fox (ankle) is questionable, Marvin Bagley III (ankle) is downgraded to out, and Terence Davis (wrist) is out indefinitely.

For Brooklyn, the Kings are the only team on this five-game trip who offers what should be considered an easier opponent with Denver and Utah remaining.

Having lost five games in a row and with their defense in shambles, the Nets desperately need a victory to get back on track.