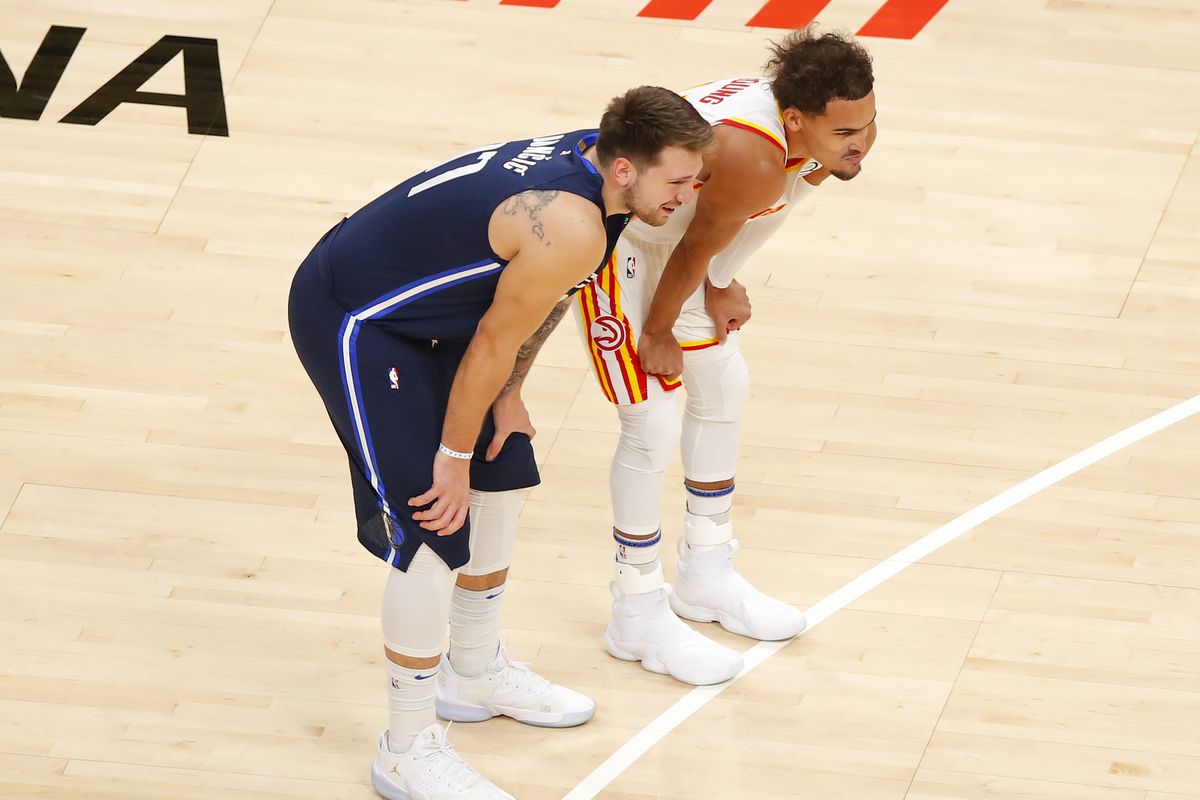 Sunday, February 6th finds the Atlanta Hawks and Dallas Mavericks playing for the second and final time this season. In the initial contest on October 21st, the Hawks won 113-87.

Both teams played on Friday with the Hawks finishing a back-to-back and losing 114-125 to the Raptors while the Mavericks won 107-88 versus the 76ers.

This specific match always offers intrigue given the team’s two stars were essentially traded for each other on draft night and while Luka Doncic immediately put his mark on the league Trae Young has provided the Hawks with their own superstar to build around.

Last season, the squads played twice with Dallas winning both contests. The Hawks hold the advantage all-time having won 45 times of the club’s 81 meetings.

Through the last 10 games, the Hawks are 8-2 having only lost to the red-hot Raptors twice. On Monday, Atlanta lost without Trae Young in the lineup but even with him back on the court, the Raptors had their number.

In fairness, Toronto is red hot right now having beaten the top two teams in the East (Miami twice, Bulls) and the Hawks twice, and have won both overtime games they’ve played.

The Hawks fell behind early losing the opening quarter 39-28 but got back on track in the second quarter cutting the lead to one via a 31-21 frame.

Despite the Raptors using their starters’ crazy minutes, they were the club who looked less fatigued though both teams were playing the second game of a back-to-back.

Trae Young delivered a double-double of 22 points and 13 assists but was held scoreless from the perimeter (0 of 4). John Collins and DeAndre Hunter both scored 23 points while Bogdan Bogdanovic scored 18 as the other double-figure contributors.

While the Raptors held Atlanta to 31 percent from the perimeter the Hawks weren’t able to contain Toronto who shot 63% from deep.

Danilo Gallinari (hamstring), Lou Williams (hamstring), and John Collins (heel) are all questionable to play versus the Mavericks on Sunday.

The match on Friday offered up a bit of everything as the game needed to be delayed to fix one of the basket’s alignment. Dallas had trailed by 16 points but employed a zone defense to get back in the game and it worked as they held Philly to 35 second-half points.

Luka Doncic registered his eighth triple-double of the season and 44th of his career with 33 points, 13 rebounds, and 15 assists plus two steals.

The win snapped a mini two-game losing streak to a pair of lottery teams (Magic, Thunder). Dallas is currently seeded fifth 1.5 games up on Denver and 2.0 games back of the Jazz.

This game marks the halfway point of their six-game homestand that will feature the Pistons and a pair of games versus the Clippers on the back end.

Maxi Kleber (knee) is questionable while Kristaps Porzingis (knee) and Sterling Brown (foot) were downgraded to out versus the Hawks. Tim Hardaway Jr. underwent surgery to repair a foot fracture and will be out indefinitely.

While the Hawks have taken a turn upward and the Mavericks have dropped a pair to lottery teams it’s the Mavericks who have the much stronger defense of the teams.

Atlanta is the top-ranked perimeter shooting team (37.6%) but the Mavericks boast the sixth-ranked perimeter defense (33.9%). And defense as you know wins out in my picks the majority of the time.