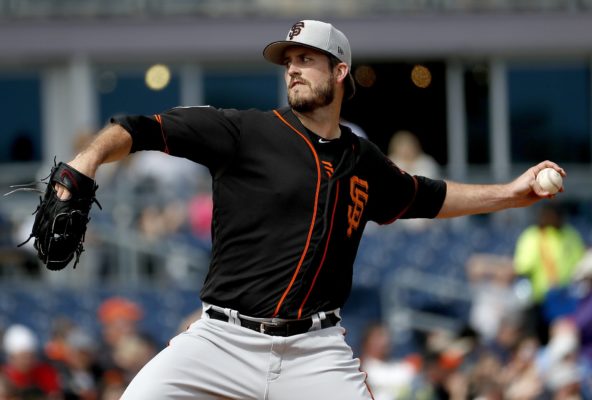 For San Francisco, Alex Wood gets the start with an overall record of 5-7. He comes into the game with an elevated ERA of 5.03. So far, he is lasting an average of 4.87 innings per outing, as well as 8.71 strikeouts per 9 innings pitched. In terms of walks, he allows an average of 2.45 per 9. In total, Wood has given up 8 home runs.

So far, the Giants bullpen has been one of the most used groups in the league. This group has one of the highest ERA’s among MLB bullpens at 4.13.

During the season, the San Francisco Giants have performed well on offense, averaging 4.74 runs per game. The team comes into the game with an overall run differential of 28.0. The Giants head into the game ranked just 23rd in team batting average. On their balls in play, San Francisco has the 7th ranked BABIP of 0.281. In terms of stolen bases, the Giants are doing so near the league average, at 0.82 per game.

San Francisco has struggled in the field, ranking below average in errors committed, at 0.6 per game. Currently, the team is ranked 0.82 in double plays turned.

Heading into the game, the Arizona Diamondbacks have an overall record of 35-44-0. When playing at home, the team has gone 19-22. In the NL West division, Arizona currently sits 4th So far, the team has gone 43-36-0 vs the runline, while being favored in 27.0% of their games. The Diamondbacks’ over-under record is 35-41-3.

During the season, the Diamondbacks bullpen has received a workload similar to the league average. This group has one of the highest ERAs among MLB bullpens at 4.42.

Arizona has struggled in the field, ranking below average in errors committed, at 0.67 per game. During the season, the team is averaging 0.82 double plays per game.

Heading into this matchup, Tommy Henry will be getting his first chance in the big leagues. I expect a strong performance from Alex Wood, as the Diamondback’s offense is ranked just 29th. But Tommy Henry,  also has an excellent matchup against a Giants offense ranked just 23rd.