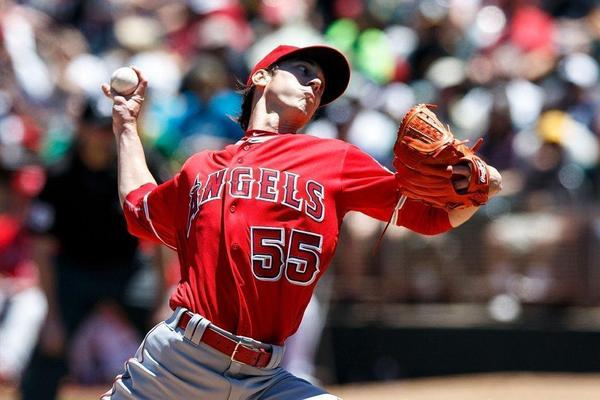 Well, The Freak is back in La La Land and he had a solid Angels’ debut in his last start, which was a win over the A’s in Oakland. Still, the Angels are 10-games under .500 and are 15.5 games back of the Texas Rangers in the AL West.

The A’s have lost 3 of their last 4 games and they are in the basement of the division 17 games back of Texas.

Before each team’s last series they met in Oakland where L.A. took 2 of 3 games facing the A’s. However, after that the Angels were swept in a 3-game series facing the Astros.

One of the few positive things you can say about the A’s this season is they have balance ranking 27th in the bigs in both runs scored and team ERA. They have only scored 11 runs in their last 5 games and they won 2 of those.

Kendall Graveman (2-6 4.87 ERA) gets the call for Oakland and he was solid in his last outing only giving up one earned run in 7 innings in a 3-2 win over the Angels. The A’s have won his last 2 starts and 3 of his last 4.

Graveman has only given up 1 earned run in each of his last 2 outings.

The Athletics are only 1-5 in Graveman’s last 6 road starts.

This season the A’s are 13-20 on the road and they have the 2nd fewest road wins in the AL.

The Angels rank 18th in the Majors in runs scored and 19th in team ERA. In each of their last2 games they have only scored 2 runs.

Lincecum looked sharp in the weekend win over the A’s and he had 2 strikeouts and 2 walks in the win as well.

Even though Graveman has been solid as of late The Freak will have another stroung outing and lead the Angels to a win.

In the last 4 games between these teams in L.A. the Over record is 3-0-1, which is a trend that will continue.

If you’re looking for more picks like this Oakland Athletics vs. L.A. Angels we’ll be providing 4* free MLB plays on the blog all season long, and check out our Experts for guaranteed premium & free MLB Baseball picks!