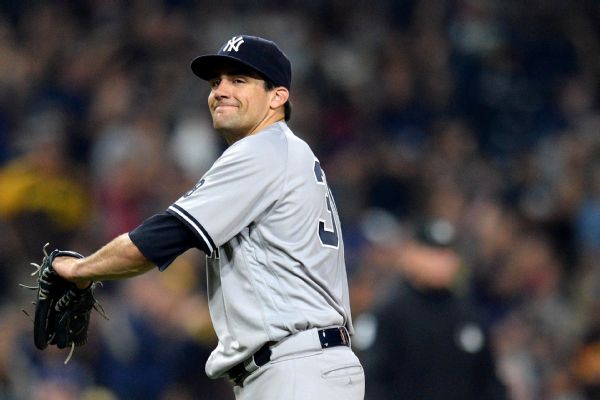 The Orioles go into Yankee Stadium Friday night as they look to get closer to the AL East lead.

The Orioles have fallen behind the Jays and Red Sox but have now won three games straight.

The Yankees have won two in a row and are looking to spoil things for the Orioles with the young line up.

The Orioles are battling hard for a playoff spot and their offense is what keeps them in the playoff race.

They’ve won their last three games by scoring 22 runs but did allow 12 during that stretch to the Nationals.

They still lead the league in home runs with 197, so that makes them dangerous any given innin and at bat.

Gallardo holds a poor 5.08 ERA and in his last two starts, he’s given up seven runs over 12 innings of work.

In his two starts prior to that, he gave up just three runs over 12 innings.

So he’s pitching pretty good right now and sets the Orioles up nicely to get the win.

The Yankees have looked pretty good as of late, although they’ve only won five of their last 10 games, they have plenty to be excited about.

Their playoff hopes look all but lost but young catcher Gary Sanchez has been playing amazingly.

They also just took two of three from the Mariners by scoring 15 runs in the series.

Luis Cessa was impressive in his start against the Angels. He did not give up any runs in six innings of work.

He gave up five to the Rays over three innings in his appearance just before the Angels, so that can raise a red flag, especially against the Orioles.

It’ll be intimidating and a big test for the youngster.

The Orioles can score with the best of them and just scored 10 runs in their most recent win against the Nationals.

The Yankees have been scoring consistently themselves.

The pitching matchup favors the Orioles because Gallardo has been pretty good in his last four starts but Cessa was great in his most recent start.

Ultimately, the Orioles are the better team so they should take this one down.

I believe the Orioles will get to Cessa and the Yankees will generate at least four runs.

Although these teams are trending under, I think this one will be high scoring.

If you’re looking for more picks like this Baltimore Orioles vs. New York Yankees matchup we’ll be providing 4* free MLB plays on the blog all season long, and check out our Experts for guaranteed premium & free MLB Baseball picks!