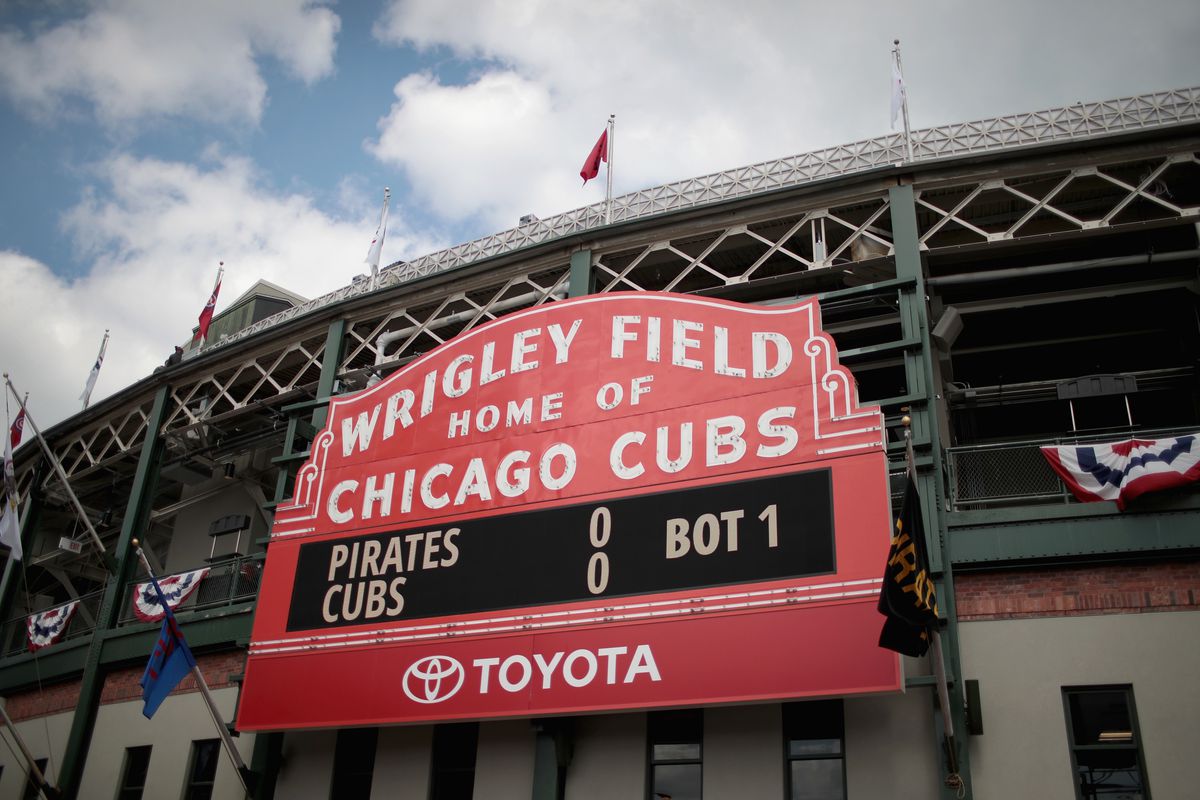 Ready to check out our 2020 Chicago Cubs predictions? While the Cubs made an interesting decision to let go the only living manager to win them a world series, they were able to smooth things over with fans bringing back crowd favorite, David Ross (Rossy) as manager of the club. Ross will try to pivot from teammate to manager as he has played with many members of the club and was a part of that historic 2016 season.

The Cubs have all the pieces they need to make it deep into October, its whether or not they can click at the right time that will be the deciding factor.

Offense also shouldn’t be a problem it’ll be their defensive woes and pitching concerns that will be David Ross’s main focus in his first year with the club.

This is essentially the same team Chicago fielded last year with the addition of Kipnis, who will be traded in an out of the lineup with Bote as Ross sees fit.

While Kipnis might not be the saving grace that catapults the Cubs to their next world series, he does bring in some experience in focus that this club could use.

Last year was full of distractions which ultimately led to a team chalked full of talent, not even making the playoffs. Kipnis knows a lot about this from his time in Cleveland where more than once they were perhaps the best team in baseball, but couldn’t get over the hump.

So while it was a quiet offseason for the Cubs, Kipnis could bring some stability to a club that needs to look inward for answers, not out.

With all the talk about moving key players such as Bryant or Rizzo it was just Cole Hamels that ended up being the big name to leave the windy city. Even with Hamels gone it isn’t the starting rotation for the Cubs that’s concerning, that stress lies on the bullpen.

Here is a look at the Cubs projected rotation.

Yu Darvish had a good bounce back year in 2019 and looks to continue that trend in 2020. Jose Quintana will want to have himself a rebound year as he allowed 4.68 ERA over 171 innings in a disappointing season.

Lester may not be the powerhouse but he’ll be the cornerstone of this rotation as he has been with the club since 2015, look for him to get the nod on opening day (whenever that comes around).

Hendricks is underrated and has never had an MLB season with an ERA of above 4.00. He has the ability to blank power lineups and I love him in this rotation where he neither has to be the #1 guy nor go against the #1 lineups.

In the last spot whether it be Chatwood, Alec Mills or someone out the woodwork, the Cubs rotation has enough talent to get the job done deep into October.

Alright now I’m not just here for Kimbrel slander. There is a reason I wanted to show those numbers and emphasize that they came in games where the Cubs needed to win. But the reason for this is because I believe Kimbrel is poised for a big year.

When he is on, he is as dominant as they come and I think after an offseason of getting settled in with this team he will comeback confident as ever.

The praying mantis style closer might very well be the difference from this team going packing in September or champagne showers in November, and if it’s just up to him, I’d lean on the ladder.

2020 Chicago Cubs Predictions: 94 Wins (Bet Now at any of our reviewed MLB Sportsbooks!)

This Cubs team is quite interesting. On the one hand it’s basically the same group of guys that beat some of the best teams the MLB has seen in years while breaking the curse that stood for over a century. On the other hand they’re coming off a disappointing, lack of focus season that resulted in more controversy than completed games.

All the while doing nothing in the offseason but fire their beloved manager.

With that being said. Joe Maddon ran a player “lead by example” team and Rossy will most likely do the same. With Rizzo and Bryant on the corners, the best catcher + SS combo in the league in Javvy and Contreras, and, who I believe will be top 3 closer in Kimbrel, I’m betting on this team.

They were bread out of adversity and they won’t stand for the mediocrity of 2019 this year. While I don’t know if they’ll repeat the magic of 2016 they will definitely be playing in October and I see them finishing atop the NL Central with relative comfort.

What do you think of our 2020 Chicago Cubs predictions? Comments are welcome below.