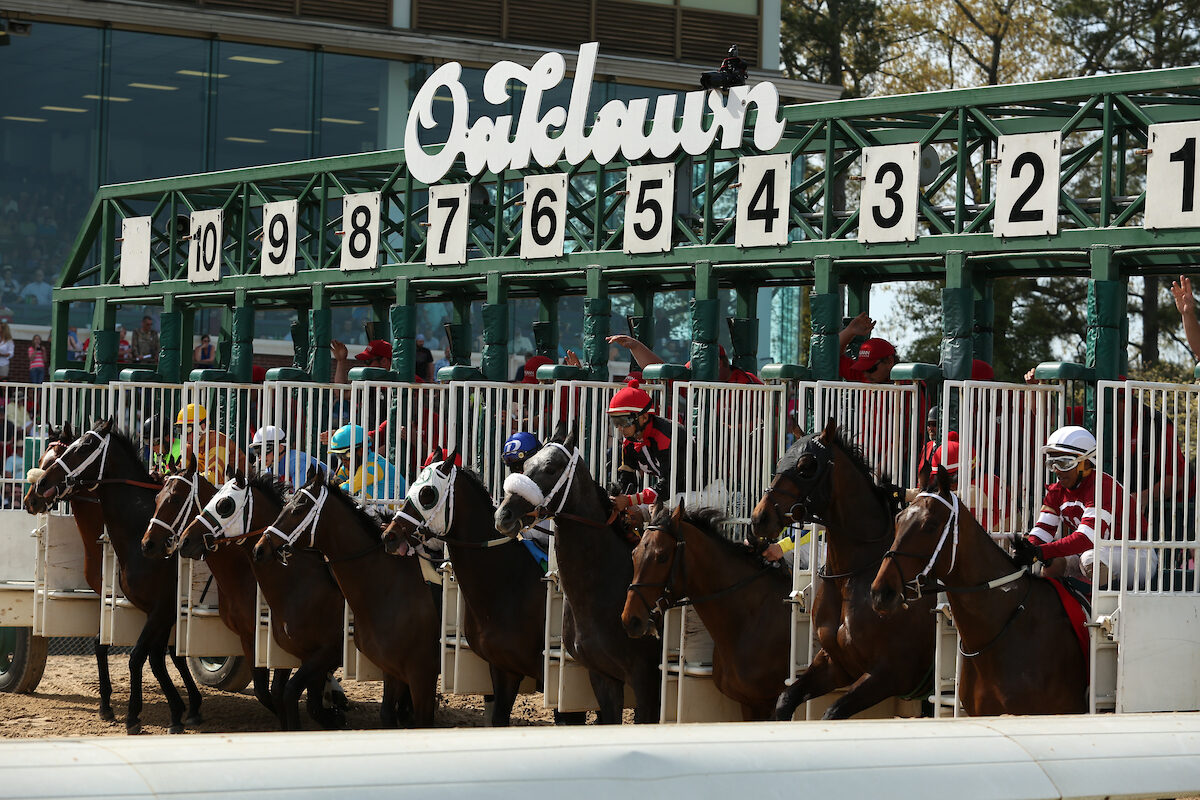 An excellent Saturday afternoon race card at Oaklawn Park includes the 63rd running of the Razorback Handicap. Run at 1 1/16 miles on the Oaklawn dirt, the 2022 race has drawn a very competitive field of nine mostly veteran runners and offers very solid betting value.

Seven-year-old Lone Rock comes into the race at the very top of his game, having won six of his last eight starts and finishing as the very close runner up in the other two.

Most of those were at the lower stakes level, but he does have a win two starts back in the (G2) Thoroughbred Aftercare Alliance Stakes at Del Mar. Last out he won the Tinsel Stakes over a muddy Oaklawn Track.

The trainer is Robertino Diodoro, Ramon Vazquez is the jock.

Another seasoned runner with 27 starts to his name, Plainsman has made his last three starts at the graded-stakes level and has one win and two third-place finishes to show for his efforts.

Last out he tried Grade 1 company in the Cigar Mile where he had a bit of a rough trip but managed to grab the show money at odds of 19-1. Now he drops in class and gets a distance where he has won three times in nine starts.

Trainer Brad Cox won the race in 2020. Joel Rosario is tapped to ride.

A relative newbie in this field, four-year-old Promise Keeper has only made six starts in his career so far and has won exactly half of those.

His best effort probably came two starts back when he won the (G3) Peter Pan Stakes by 2 1/4 lengths at Belmont Park last May. He couldn’t repeat that effort next out when tiring late and running fourth in the (G3) Ohio Derby. This will be his first start since that race in June 2021.

Looking for his first win at the graded-stakes level, Thomas Shelby doesn’t have the back-class of some others here, but he’s very consistent in hitting the board and was beaten by only 3/4 of a length in both of his last two.

In the first of those he was caught in the shadow of the wire by Lone Rock, who he’ll face again.

He’s another Robertino Diodoro trainee, David Cohen will be in the irons.

This is the kind of race that is fun to handicap because so many different angles come into play, and how much weight you give to those different angles decides where you are going to end up.

At first glance, Lone Rock is very formidable, and has reeled off one-after-another triple digit Equibase speed figures in his races. But I think it’s notable that those races were run at much further distances – up to 1 5/8 miles –  and the early pace here might be a lot quicker than he’s used to.

I’m going to take a bit of a price and play Thomas Shelby for the win. I note that he’s hit the board in five of his six starts at Oaklawn, and has won three of five at the distance, with one runner-up finish. I expect he’ll be the pace setter and hope he can hold the advantage at the distance.