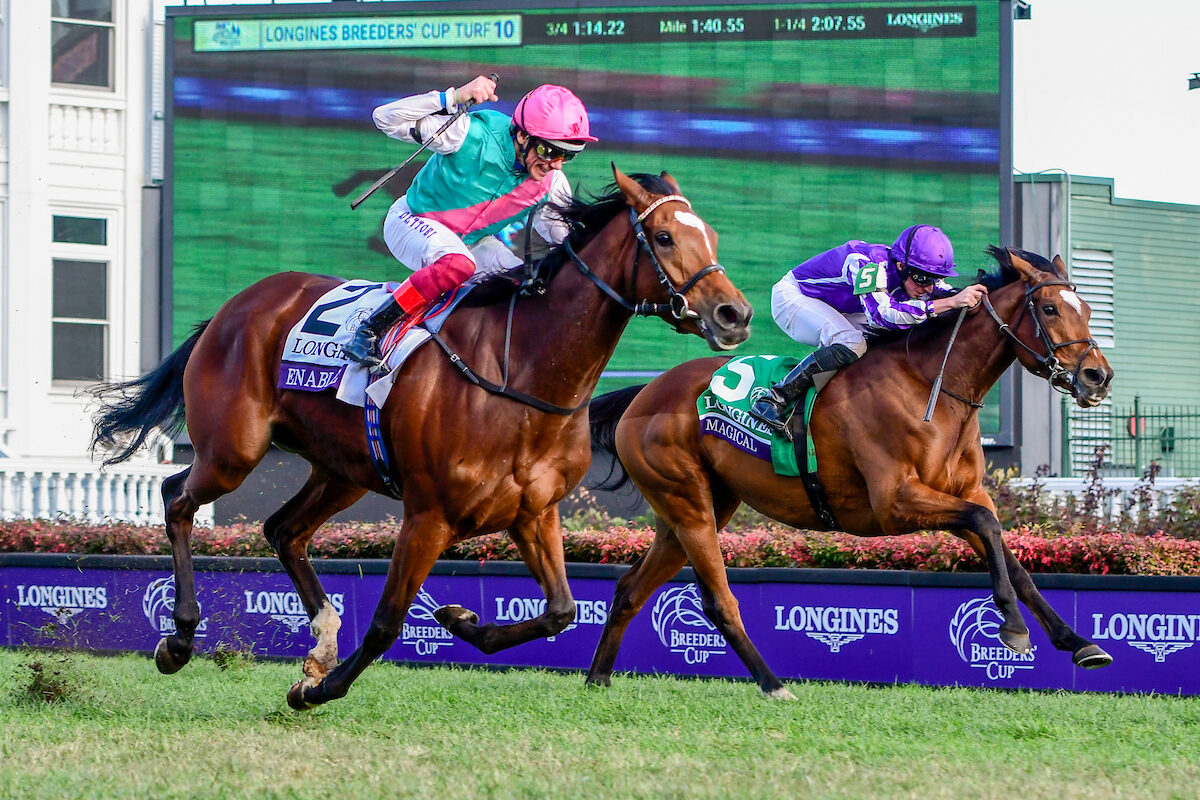 Over the years the race has been run under different names and at different distances and has been rated as a Grade 1 event since 1999. It’s open to horses age four and older, and this year’s race has drawn a full field of 12.

Just like Knicks Go in the Pegasus World Cup on dirt, Colonel Liam comes in as the defending race champion in the turf event.

A winner of six-of-nine lifetime starts, Colonel Liam’s only real bad race came last time out when he was a no-excuses eighth in the (G1) Manhattan Stakes at Belmont Park way back in June 2021. Prior to that he had won four in a row, two of those at the Grade 1 level.

Trainer Todd Pletcher has a pair of previous race wins, as does jockey Irad Ortiz Jr.

Lightly raced four-year-old Never Surprised has never been worse than second in seven career starts with four wins in that span.

He comes into this off a win at Gulfstream when he rode the rail to an impressive 8 1/4 length win in the Tropical Park Derby at 1 1/16 miles. That race closed out his three-year-old campaign, now he faces older runners for the first time.

He’s another Todd Pletcher trainee, Luis Saez gets the call to ride.

Fourth in this race in 2020, French-bred Sacred Life started his career in his native soil but has made his last 13 starts in the US, dating back to 2019.

While he only has three wins in those races, he has been competitive in all of them, finishing in the money in nine total, and in the top four in all 13.  Last out he broke a bit slow from the gate and then was beaten just a head in the (G3) Seabiscuit Handicap at Del Mar.

Trainer Chad Brown is a two-time race winner, the jockey is Jose Ortiz.

Another one coming in off a Gulfstream Park win, Doswell went wire-to-wire in the (G2) Fort Lauderdale Stakes at this 1 1/8 miles distance.

That was his first graded-stakes win in three tries, although he had a second and third to show for his previous efforts at the graded-stakes level. Overall he has been in the money in 11 of 12 lifetime races.

He’s a Barclay Tagg trainee, Junior Alvarado will be in the irons.

Unlike the Pegasus World Cup dirt race, where the two favourites clearly stand out in the field, this race is a bit more wide open and offers some solid betting value.

I’ve always been a fan of Colonel Liam and at first glance he’d be the choice. But you never really know if a horse will fire his best shot off a long layoff – in this case almost seven months – so I’m going to look elsewhere and try to get a price.

With Never Surprised, Doswell and a couple others I think there is going to be lots of early speed to close into. That should bode well for Sacred Life and I’ll play him for the win.