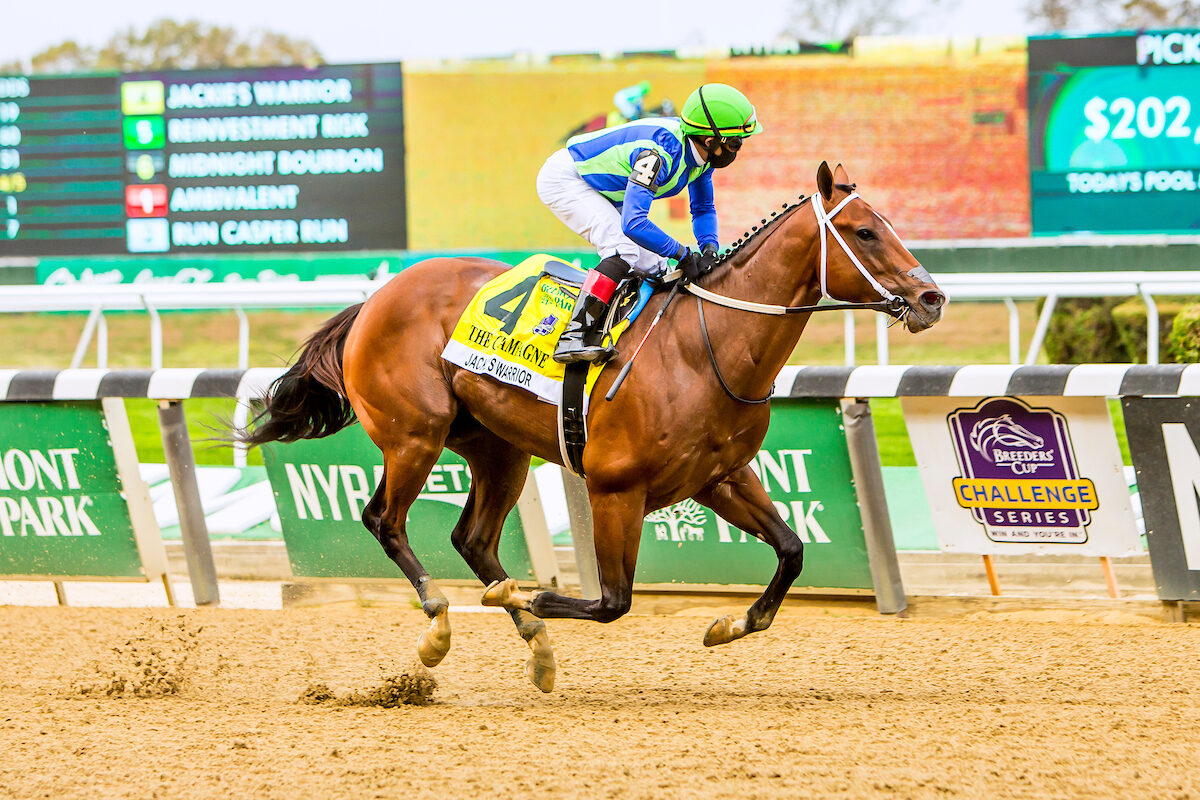 Horse racing gamblers are you looking for 2022 Kentucky Derby Futures Free Pick & Handicapping Odds…plus some predictions? Need some advice on who to take? The 2022 Kentucky Derby is set for May 7 at Churchill Downs in Louisville, Kentucky. Here’s a preview of our top contenders.

Every year almost 400 thoroughbred horses are nominated to run in the Kentucky Derby, but ultimately no more than 20 of those will make it to the starting gate in May.

From mid-September to mid-April, nominated horses will run in a series of qualifying races dubbed “The Road to the Kentucky Derby.” There are 48 races in all, most of which are run in the US, but also include a handful of races in the UK, Japan and the United Arab Emirates.

Typically any one horse will run in 1 to 4 of these races, and in the end the 20 with the most points will qualify to make the 1 1/4 miles Run for the Roses.

Months before the big race, sports books like Bovada offer future bet odds on these horses.  Each week here at Capperspicks, we will take a look at four of these potential Derby champions.

Future odds listed here are provided by Bovada’s racebook at the time of posting.

White Abarrio jumps up the Derby qualifying leaderboard by grabbing 10 qualifying points with a win in the (G3) Holy Bull Stakes at Gulfstream Park this past Saturday.

After breaking sharply from the gate jockey Tyler Gaffalione gave White Abarrio a perfect stalking trip sitting just outside the pacesetter and was able to get away with fairly slow fractions to the 3/4 mile mark of the 1 1/16 mile race. He then opened up off the turn and ran off to a 4 1/2 length win.

Pedigree: Sire Race Day was a multiple graded-stakes winner at distances up to 1 1/8 miles, while dam-sire Into Mischief won three and was runner-up three times in six lifetime starts, primarily at shorter distances.

Emmanuel is unbeaten in his two lifetime starts, and in fact has never had another horse in front of him, as he won both of those races going wire-to-wire and winning by a combined 11 1/4 lengths.

He has yet to try his luck against stakes-level competition, with his first win coming in a maiden event at Gulfstream, and his second at the allowance level at Tampa Bay Downs.

In Due Time broke his maiden in his first career start and was then away from the races for five months, coming back to run third at the allowance level while improving his speed rating from 74 to 83.

He took another big step forward last out when he won at the same level with a 100 rating while winning going away in a one mile race at Gulfstream.

Forbidden Kingdom stands in contrast to Emmanuel in that he’ already made four lifetime starts and three of those have come at the stakes or graded stakes level.

Most recently he went straight to the lead and never looked back to win the (G2) San Vicente Stakes by 2 1/2 lengths over the very good Pinehurst. He also scored a notable 106 Equibase speed figure in the win.

Pedigree: Sire American Pharoah won the 2015 Triple Crown as well as the 2015 Breeders’ Cup Classic. Dam Just Louise was a Grade 3 winner sprinting six furlongs, while grand-sire Pioneerof the Nile was second in the 2009 Derby.

This is and interesting group, as all of these have shown good forward progress in their most recent races and it will be well-worth watching how they fare in their next start.

If I had to pick one (and that’s in fact the job) I’d be leaning toward Forbidden Kingdom as he currently has the most big-race experience, and he looked very good in the San Vicente when the others tried to get to him at the top of the stretch and he was able to find another gear.