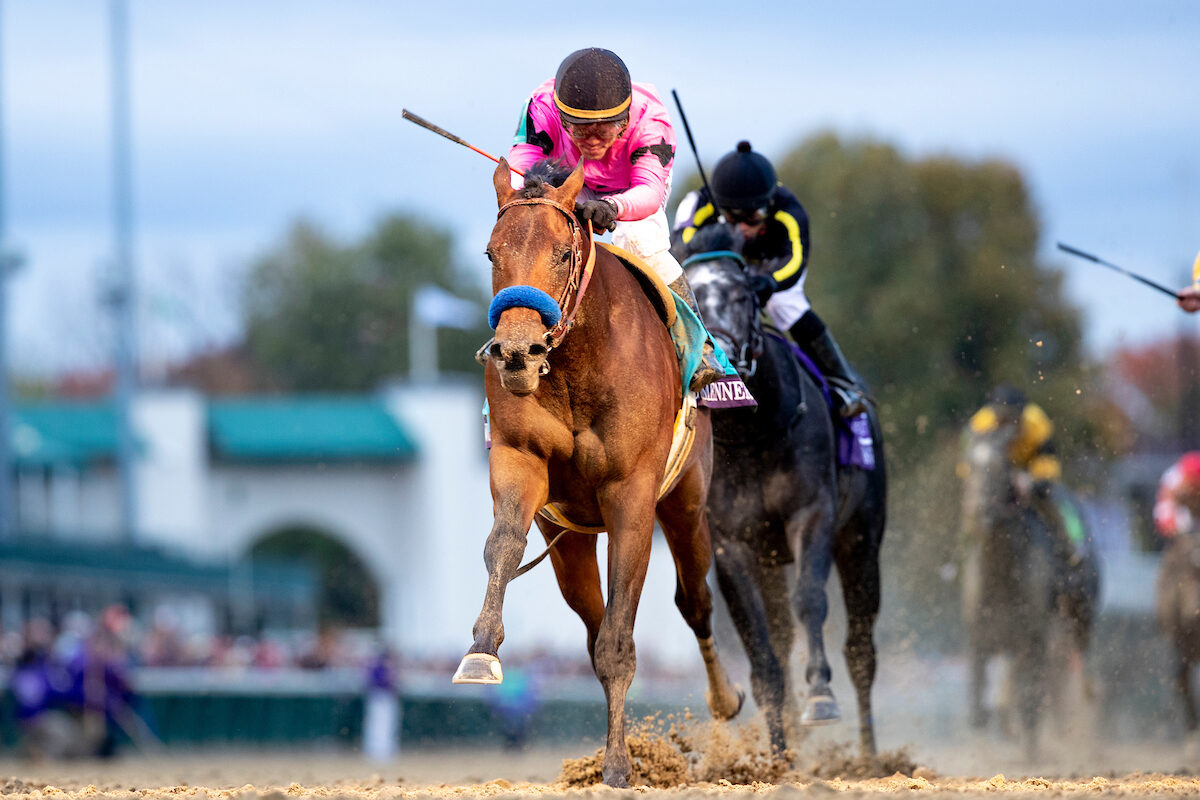 Horse racing gamblers are you looking for 2022 Kentucky Derby Futures Free Pick & Handicapping Odds…plus some predictions? Need some advice on who to take? The 2022 Kentucky Derby is set for May 7 at Churchill Downs in Louisville, Kentucky. Here’s a preview of our top contenders.

Every year almost 400 thoroughbred horses are nominated to run in the Kentucky Derby, but ultimately no more than 20 of those will make it to the starting gate in May.

From mid-September to mid-April, nominated horses will run in a series of qualifying races dubbed “The Road to the Kentucky Derby.” There are 48 races in all, most of which are run in the US, but also include a handful of races in the UK, Japan and the United Arab Emirates.

Typically any one horse will run in 1 to 4 of these races, and in the end the 20 with the most points will qualify to make the 1 1/4 miles Run for the Roses.

Months before the big race, sports books like Bovada offer future bet odds on these horses.  Each week here at Capperspicks, we will take a look at four of these potential Derby champions.

Future odds listed here are provided by Bovada’s racebook at the time of posting.

Corniche vaults to the top of the future bets leaderboard on the strength of having captured the 2021 Breeders’ Cup Juvenile. That gave him three wins in three lifetime starts including the  the (G1) American Pharoah Stakes.

But here’s the problem – he’s trained by Bob Baffert, and due to the fact Baffert-trained horses are currently banned from the Derby for the next two years, Corniche officially has no Derby qualifying points despite having won those two races.

Jack Christopher was the heavy pre-race favourite for the BC Juvenile but was a late scratch due to a shin injury. Prior to that he had won both of his starts, including the (G1) Champagne Stakes where he gained 10 Derby qualifying points.

His injury was serious enough to require surgery. He’ll go into recovery with the connections stating he’ll be back in training in early 2022 with an eye to getting back to the races in Florida in late winter.

Pedigree:  Sire Munnings won a trio of Grade 2 races but was most successful as a sprinter. His grandsire also had some success sprinting, while his dam went winless in eight career starts.

Pappacap outran his 15-1 odds to place second in the BC Juvenile behind Corniche. He was also second to that one in the American Pharoah, although he wasn’t really threatening to win in either race.

He does have a win in the (G2) Best Pal Stakes at Del Mar and a relatively high level of racing experience for a two year old with five starts to his name already.

Rockefeller ran fourth in the American Pharoah and was then shipped east for his next start, winning the (G3) Nashua Stakes at Belmont Park on the Sunday of Breeders’ Cup weekend.

He has the exact same problem as Corniche, however, as he’s trained by Bob Baffert and is currently ineligible to collect Derby qualifying points.

Pedigree: Sire Medaglia d’Oro ran fourth in the 2002 Derby, won the (G1) Travers Stakes and was twice runner-up in the Breeders’ Cup Classic. Dam Dance To Bristol finished first or second in 18 of 20 lifetime starts.

Personally, at this point I’m not willing to endorse any of these four horses as the future Derby winner.

As it stands right now, neither Corniche nor Rockefeller can bank qualifying points unless they get moved to another trainer. And there’s no indication of that happening, as Baffert digs in and does battle with the powers-that-be at Churchill Downs.

The injury to Jack Christopher is concerning, as is the lack of distance success in his pedigree. I’m going to need to see him run in the Florida preps before I can throw my hat in his ring.

And Pappacap needs to win a top-level race, as opposed to running second, before I’d consider him a serious Derby contender.

What do you think of our 2022 Kentucky Derby Futures Race Odds & Predictions? Weigh in below with a comment. We welcome your feedback.